The Truth About Celebrating Hanukkah As Told By A Half Jew

Here's what you should know about the festival of lights. 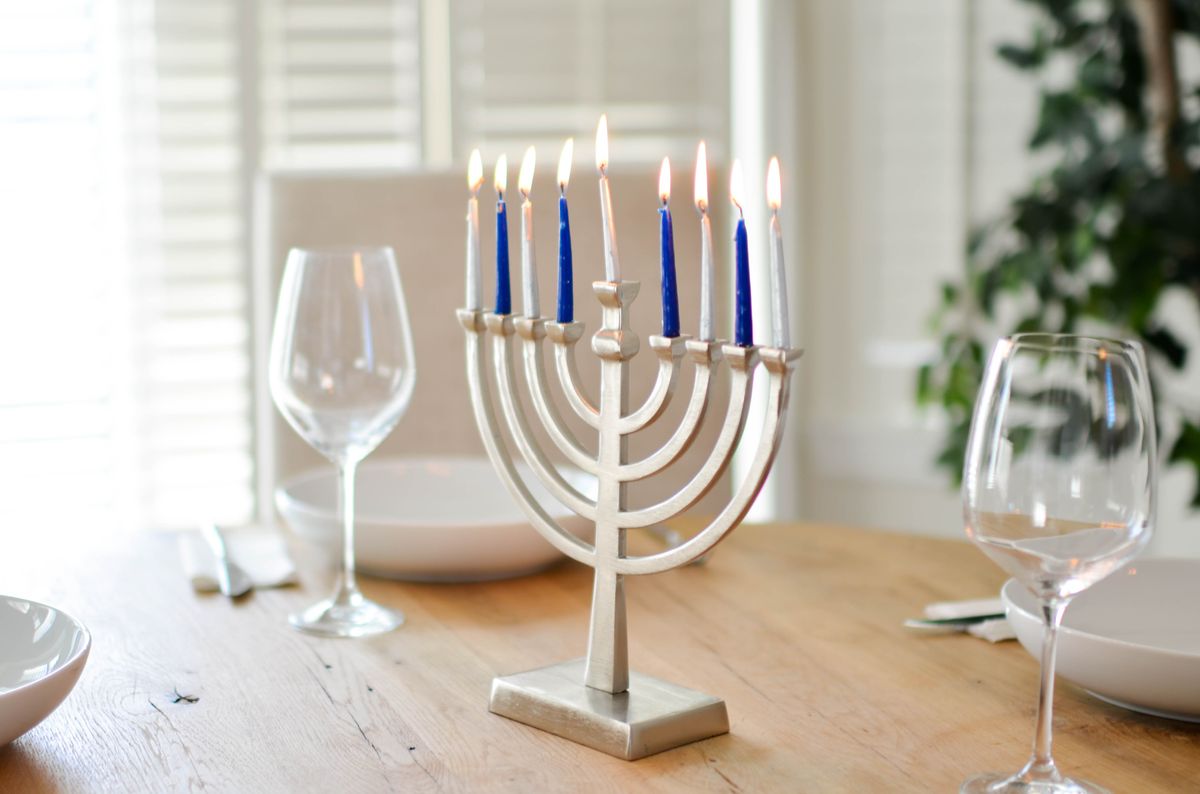 If you’re anything like me, you enjoy watching Saturday Night Live. It’s become a part of my weekend routine: waiting until midnight and turning on NBC as my screen light up with some of my favorite comedians. During this time of year, the sketches are particularly festive, offering my family an abundance of laughs that warms our hearts amid the winter cold.

The other night, I was watching some of SNL’s Vintage Sketches. You know the ones: Stefon’s City Spots, Tina Fey as Sarah Palin, and Kirsten Wigg’s Dooneese. However, there was one sketch in particular that caught my attention: that of Adam Sandler on an episode of Weekend Update.

There he was, guitar in hand, as began a song about the Jewish holiday of Hanukkah. As he sang, he listed off all the famous Jews in the entertainment industry and I couldn’t help but double over in laughter. From Captain Kirk to Arthur Fonzarelli, Sandler joked about the various actors who celebrate the Festival of Lights.

Still, I couldn’t but notice the misconceptions within the sketch, ones that had plagued my childhood. See, unlike Sandler, I am only Half-Jewish, raised by a Jewish mother and Christian father. Growing up, I was told how lucky I was to celebrate both Hanukkah and Christmas because it meant double the presents, double the food, and even double the family vacation time.

What so many people neglect to realize and what Sandler forgets to mention is that Hanukkah isn’t all it’s cracked up to be. Yes, it’s a still a wonderful holiday, but not as glamorous as many assume. That’s where I come in. Let me begin by saying that I love my culture and I am honored to be Jewish. It’s become a part of my identity. However, as another Hanukkah begins, I feel compelled to set the record straight.

Here are the three misconceptions most people have about being Half-Jewish and celebrating Hanukkah:

First and foremost, everyone assumes that Hanukkah is seven days and eight nights of constant gift giving. If you’re fully Jewish, like my cousins, then yes this is the case. It starts off as small gifts, you know like iTunes gift cards on the first night. Then, works its way to more luxurious items, like X-boxes and MacBooks, on the fifth. And it ends with the creme de la creme, like a Disney Cruise, on the last evening.

Last year, my cousin got a Kylie Jenner Lip Kit and Hamilton Tickets. She’s only 13. My reaction should be self-explanatory.

Now you understand the root of the misconception. Everyone see Jewish children getting these kinds of gifts and assumes the same treatment carries over to half-Jewish kids. Let the record show that this is not I repeat NOT the case.

Growing up, I got seven nights of essentials: socks, underwear, make-up from the drug store (not Kardashian or Sephora products, people), gloves, etc. Basic things I would need throughout the year. All this would cumulate in me receiving one major gift on the eighth, like a Barbie or Tickle Me Elmo. The belief that children who celebrate both Christmas and Hanukkah get double the gift load are sorely mistaken.

Trust me, my eighteen years of scratchy socks and underwear can attest to that.

2. The Menorah and Hebrew Prayer

Hanukkah is considered the Festival of Lights, so everyone assumes that means candle lighting. Again, if you’re fully Jewish this is the case. You go to Temple, light the Menorah, say the prayer and then eat. If you’re half-Jewish, things look a little different.

My dad was never a fan of candle lighting as he worried my brother and I would end up knocking the menorah over and setting the house on fire. So, as a compromise, he bought an electric menorah for my brother and me to argue over instead. As opposed to fighting over candles, we fought over who got to turn the orange light bulbs each night.

Festival of Lights, more like Festival of Fights. You see, after my brother and I determined who would “light” the Menorah, we would argue over who got to say the prayer over the “candles.” Everyone assumes that Half-Jewish children can speak Hebrew. Well, yes, but to a certain extent.

The only prayers I learned were for Hanukah and Passover. Being the one to recite it was equivalent to being the chosen child, an honor one had to fight for.

So there you have it: electric menorahs and Hebrew illiterate children. Full-Jews: 2, Half-Jews: 0.

And last, but not least:

First of all, I hate to break to you, but the dreidel is not actually made out of clay...at least not anymore. If you spun a clay dreidel, it would break into a million pieces.

It’s hard to argue with the song that everyone knows, but it’s actually made out of wood and playing it is no game. It’s an art form all its own as spinning this top takes great precision and patience, neither of which I possess.

I always play the game with my brother and cousins, which would lead one to assume that I would be an expert. However, this too is wrong. If you’re a half-Jew, your skill set is minimal and you end up losing all your chocolate coins to your nine-year-old cousin.

Yes, the pot of guilt, the gold-covered coins, are actually made of chocolate. No real gambling is involved, sorry to break it to you. And yes I know, leave it to the Jews to incorporate guilt into their games.

So there you have it, the three common misconceptions people have about being Half-Jewish and celebrating Hanukkah. Again, I repeat that I am proud of my Jewish heritage and I love celebrating this holiday with my family despite the underwear, fighting, and melted chocolate on my hands.

Sandler’s holiday song has become my family’s anthem, though I’m not afraid to dispel the common mistakes people make regarding this special week.

I guess all that’s left to say is Happy Hanukkah (or Chanukah or Hanukah, or whichever of the 16 ways you choose to spell it)!