Either We Hang Together, Or We Hang Separately
Odyssey 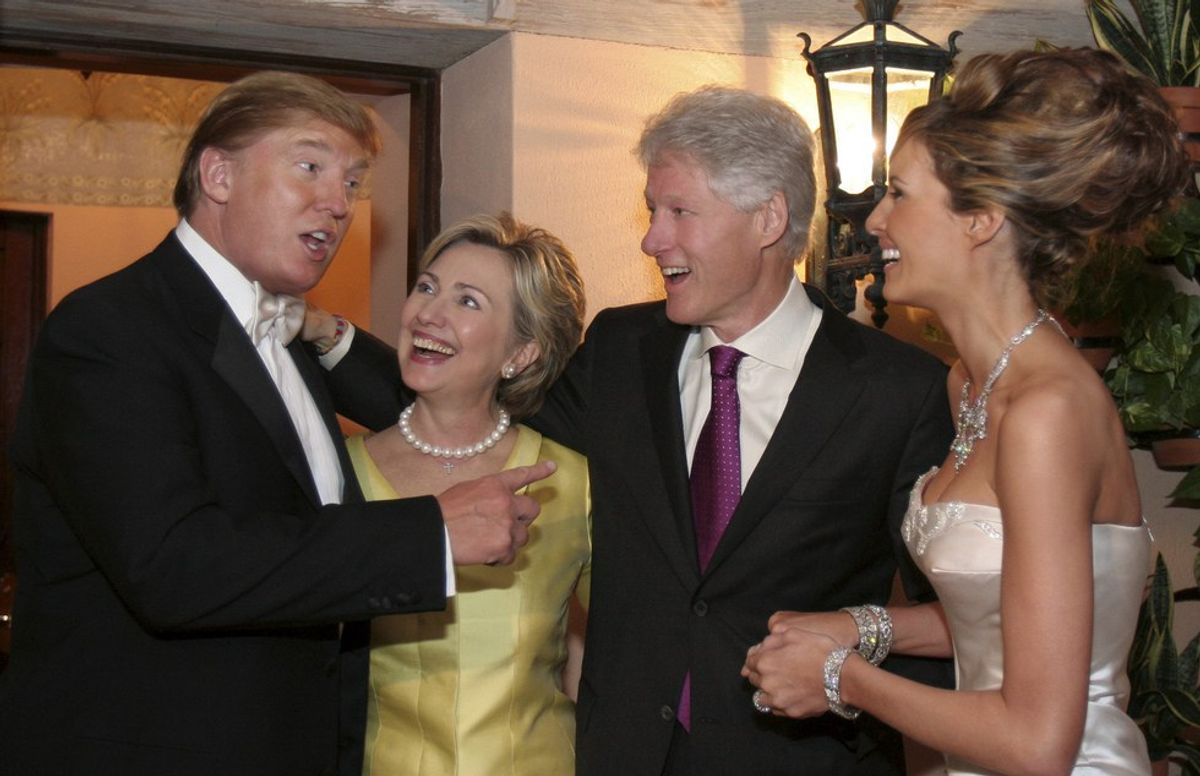 At the end of both the republican and democratic conventions, one thing has become evident. We need to unite as a nation. But, this isn’t the first time a sense of disunity has loomed large over the prosperity of our nation. When our country was forged by its founders, they faced a similar sense of fear and frustration. Just prior to the signing of the Declaration, Ben Franklin stated that, “We must all hang together, or most assuredly we will all hang separately.” You can say whatever you like, but that statement is just as profound today as it was over 200 years ago. We face trillions of dollars in debt, an intimidating threat in ISIS, and social unrest in our own country, just to name a few. And in a few short months, those of age will be casting ballots for the new President of the United States. One of those candidates, either Donald Trump or Hillary Clinton, will become the 45th President to be sworn into the Oval Office.

But presidential elections today have become a bloodbath that targets the candidate, their family, their personal lives and their personal income. Supporters on both sides of the spectrum vehemently protest their opponent, and if the primary elections were of any indication, protests will run rampant through the country. So, in November, when that winner is announced, what will all of his/her opponents do? Faithfully get behind their new president, or bicker for the next four years because the electoral college gave their opponent the win. America is at a point where unification is more paramount than party politicization.

What better example of the ubiquitous division in our nation than in the “Black Lives Matter” movement? Millions of African American citizens throughout the country have protested the treatment that they receive from police, and some protests have been far from peaceful. Regardless of your stance on this particular issues, there is one crucial point that doesn’t receive much credence from the media. You can want police officers to be held to the highest of judgement standards, but also respect their authority as public officials. These two concepts are not mutually exclusive. Realistically, there are more things that we all have in common than we do differently. Instead of polarizing one message, we need to embrace the fact that there is some truth in both messages.

Ultimately, one viewpoint is not going to change this country. Whether it be the viewpoint of Hillary or Trump, they don’t have a secret plan that only they themselves know to “Make America Great Again.” And just as one person will not change this country, neither will one party. American politics have become a brawl between democrats and republicans, with both camps claiming that they are solely right. In reality though, we need to be showing the younger generations that it is through compromise where pure ingenuity is found. The greatest of American accomplishments have not come from one single person, or a single party, but rather, a diverse group of individuals who were passionate about their country. If we truly want to make America “great” again, we need to all become involved in our government, country, and its leaders. Being apathetic to politics does not change the state of the country.

So, if you’re like me and you’re not overjoyed about either of the presidential candidates, realize that it’s more important that America win than your party’s representative. Whether or not you’ll agree with the outcome in November, we need to understand that America needs the entire country to unify, and not divide. Over 200 years ago when our country was being founded, debates were heated, tempers flared, and dissenting opinions ran rampant. But ultimately, the time came to compromise on their ideals and stand behind the nation that they erected with a pen and paper. If we focus on listening, sharing, and even conceding some points, we can find that same great nation again. And when we do, America will win.