How I discovered what it means to be Chinese and how a set of costume changed my outlook on life. 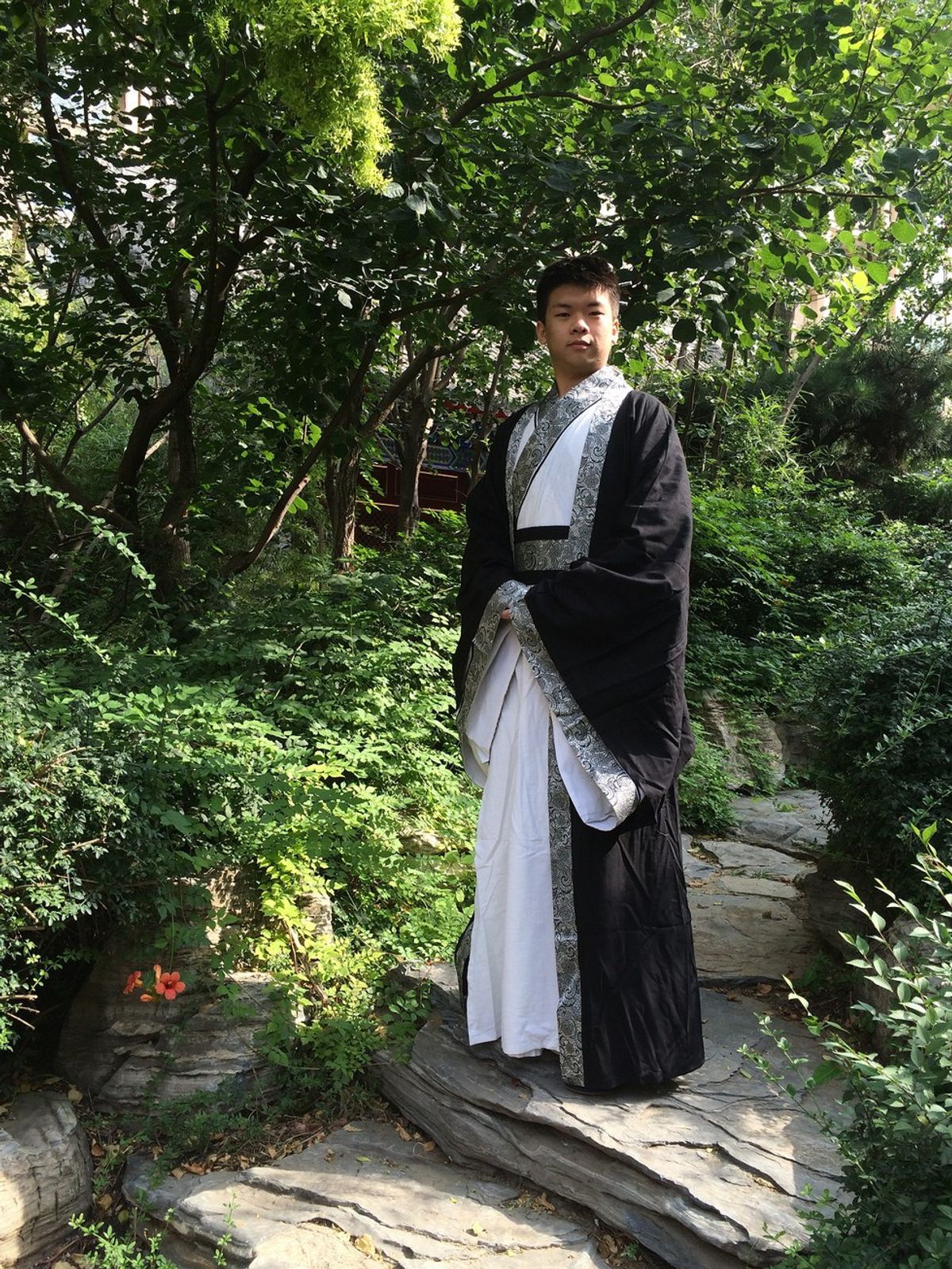 Have you ever asked yourself the question: where did I come from? No, I don't want you to answer where you were born or where you were raised. Dig into your family tree and you may be surprised where you actually came from. In a highly homogeneous society like the US, we willingly throw ourselves into a melting pot of cultures and never think about who our ancestors were and what that means to us. But maybe at some point in your life, whether from the tales told by your grandparents, or from participating in a traditional event; that you realize just how fragile yet precious your heritage really is.

My moment came when I put on my first set of Hanfu, several years ago. It came into my life in such an uneventful, discreet fashion that I was caught off guard by the unusually large package that was sitting at my doorstep. It was a gift from an elderly relative in China who I have unfortunately distanced through years of living abroad. When I opened the package, I was astounded by the garments that lay within. Subtle yet elegant patterns combined with masterful needlework, upon noticing the ornate design of this garment I realized this is no factory product but a masterpiece crafted by a diligent seamstress who has undoubtedly spent hours on it.

Minutes later, I stood before a mirror in awe as my eyes swept over my ensemble again and gain. The image of a young scholar who probably lived somewhere around the 1200 BC stood before me, his confused expression mirrored my own. I could be the son of a peasant, stepping through the grand gates of Chang'an for his first imperial official examination, or I could be a hermit who lives in a bamboo forest, dedicating his life to calligraphy and poetry; I could even be an adviser to the emperor, proudly offering his sagely insights to the embodiment of the true dragon.

Initially, it was difficult for people to understand my passion for Hanfu. Some dudes poked fun at me when I uploaded my Hanfu photo as my Facebook profile pic, "nice dress Peter!" "Thx man" is what I said, I don't blame them because I chose to believe they are not mean, just ignorant. In the US, the typical Chinese have always been portrayed as someone barbaric yet effeminate, devious yet cowardly through the image of the stereotypical "Dr. Fumanchu" wearing western clothing. I don't blame that stereotype not only because I understand xenophobic sentiment is unavoidable, but also because I know people propagating that sentiment are truly ignorant. They are ignorant of the fact that we are the only ancient civilization that survived till this day; that our civilization was once the pinnacle of human development for hundreds of years without a rival; that after a hundred years of colonialism, invasion, famine, massacres and civil wars we rise again as a strong independent nation. When people from the West admire the long sleeves and elaborate robes of the Japanese Kimono, they never learned Japanese adopted Tang Dynasty clothing 1500 years ago. The Japanese perfectly preserved all the nuances of their culture because they have been very adamant about the importance of tradition and cultural uniqueness. While in modern China, the notion of a traditional costume is completely foreign to a generation of people grew up wearing T-shirts. During the cultural revolution, the rich cultural heritages was destroyed by those who were supposed to inherit them. Therefore, we became a people economically affluent yet culturally impoverished. During a school cultural fest, I felt deeply upset by the fact that the only ethnic group that didn't show up in their national costume is Han Chinese (which makes up 20 percent of the entire human population). I swore on that day that if I have the opportunity to attend any more of these events, I will tell the world that we have our own costume and we are proud of our own culture.

In 2003, a movement began in China. Led by millennials, a movement of restoring Hanfu to its former glory has taken root in numerous cities in China. The Hanfu movement was destined to be an arduous endeavor because most manuscripts containing instructions of Hanfu trailorship were long lost. I have seen young designers go to museums in groups and sit before a piece of artifact for hours, sketching, imitating, thinking. The tailors piece together the fragments of designs scattered throughout the ages and glance from what they can gather the complexity of a civilization lost in time. Then they combine archaeological evidence and imagination to create revived versions of Hanfu. As it turns out, the gift I received was the product of their endeavor. According to Chinese philosophy, clothes exists not to emphasize the features of one's physique but to bring out one's inner spirits. Instead of using restrictive deigns and crisp, precise tailoring to enhance body shape as commonly employed in Western clothing, Hanfu designs focuses on showing the natural beauty of one's body instead of modifying it.

As it stand now, the prospect of the Hanfu movement is unclear. Although increasingly more institutions and individuals began to show interest, the future of Hanfu is still very much dependent on the government's opinion. Despite some criticism I have received, I hold hope in my heart for Hanfu and the future of my people. During the last hundred year, we took a big hit as China was embroiled in what seemed to eternal chaos. Yet after merely several decades, we are competing with the strongest powers on the world stage again. Knowing the importance of my heritage made me appreciate the resilience of Chinese people everywhere in the world, wherever humans inhabit there must be Chinese people. It also made me admire even more those who hold onto their heritage despite all odds.

To know who you truly are is to understand yourself and to understand others. To always have conviction and confidence that your heritage is a source of empowerment and no one should be ashamed of the ethnicity they were born into. That even as members of minority groups, we should hold ones' head high because each one of us represents not just ourselves but pride of our peoples.

Just like the old prophecy said, China rises again. I am glad to be a Chinese born in this era to see this ancient Dragon soar into the sky.