Hamilton: The Dying Art Of Being Civil
Odyssey

Hamilton: The Dying Art Of Being Civil

Crowd shows no mercy, or civility, in response to Pence attendance. 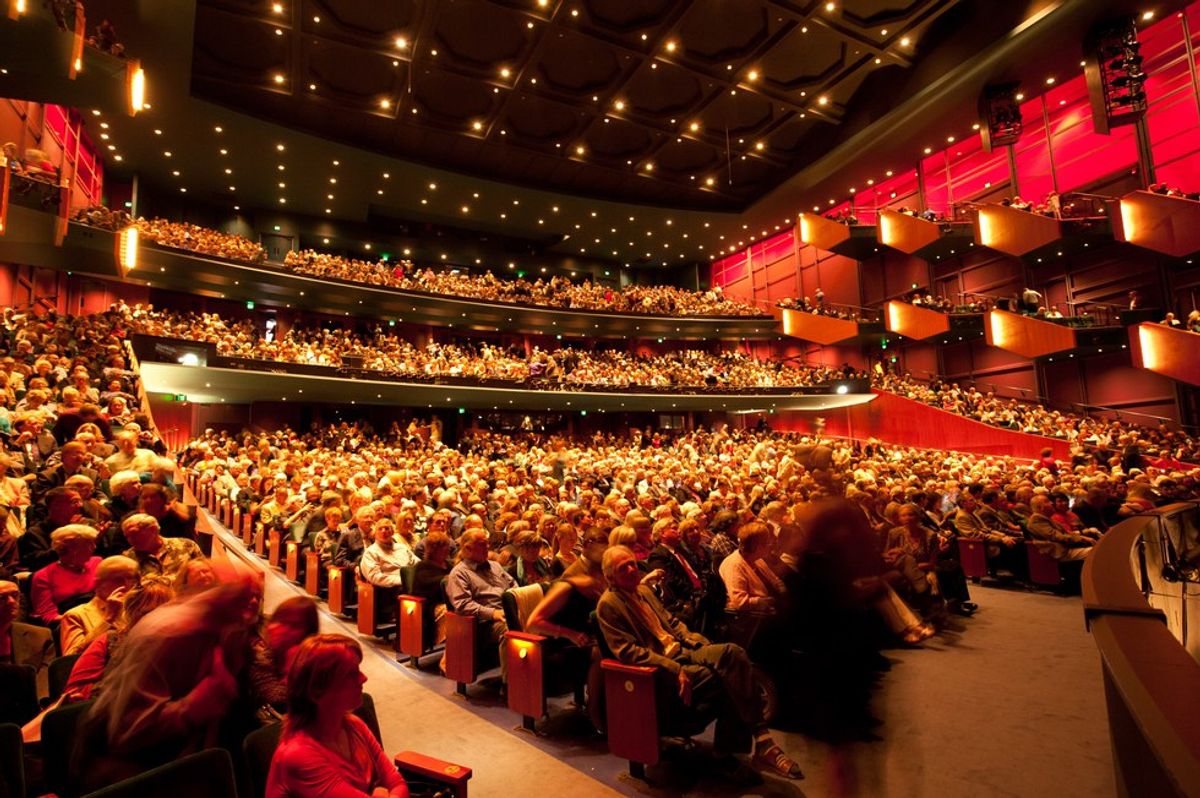 The mainstream media has blown the roof off of the events that transpired over the weekend, when Vice President-Elect, Mike Pence, and his family went to see the Broadway play, Hamilton. From the actions of the cast, to why Pence went (I can't believe this is a story,) and President-Elect Donald Trump's tweet, every news outlet has spent much more time on this than they should. As Ben Shapiro noted on CNN, if we're making this an 11 out of 10 on the newsworthy scale, what are we going to do when something significant happens? Since this has become a newsworthy event, I'd like to take an angle that I have set to see - the uncivil actions of the corwd in attendance.

It's no surprise to anyone, not even those that don't necessarily know my political views, to know that I have not been a supporter of Donald Trump. While I certainly align with a majority of Republican ideology, I could not ultimately vote for Trump, for various reasons. I did not vote for Trump, nor did I celebrate his victory - as it makes me question the direction the Republican Party is going, but I digress.

I understand some people are worried, and I empathize with those that have reasons to be - but I also question, overall, why?

I question where some of these worries are coming from.

I question where all of this anger comes from.

I question why protests for the election are now violent, following the appropriate calling out of the violence at Trump rallies.

Most of all, I question why we can't be civil.

Don't like President-Elect Trump or Vice President-Elect Pence? By all means, that is perfectly fine! Personally, I think President Obama is a good guy, but our political views are so different that I can't say I've loved every minute of his two terms. There are a lot of mistakes that I think he has made, but I still show and give him respect, at all times.

Mike Pence is not Donald Trump.

Repeat after me, Mike Pence is not Donald Trump.

Mike Pence, outside of the Freedom of Religion Bill, Indiana Senate Bill 101, that has been a spark of controversy in Indiana, there is not much for people to hate about Mike Pence.

Pence is very respectful, as he put on full display in the Vice President Debate. He is a man that is firm on his beliefs and interpretations of his belief, which does make him against choice and against gay marriage (gasp, someone has a different opinion than others.) He is calculated and a decent human being.

So, why? Why is he being targeted by those that are against Trump? Why was he the one being pelted with an onslaught of boos at Hamilton? He has literally done nothing to deserve those boos, even if there was an attendee in the audience from the state of Indiana that has felt betrayed by the Bill.

What happened to being polite? What happened to being excited that you are in the same room as prestigious as the Vice President-Elect? Joe Biden and I are almost complete opposites, politically, but it would be an honor to be in the same room as him. I enjoy going to sporting events. If Joe Biden was at the same Hawks game as me, and people noticed and recognized him, I would absolutely clap. The same I would do for President Obama, former Presidents, and former Vice-Presidents.

Outside of the cast joining together for their statement, which I really don't have an issue with - neither did Pence, the biggest concern of the night is the audience that peppered Pence with boos, only to cheer like fans where beating a rival sports team during the statement. It was an embarrassing moment from those in the audience, whom we'll never know, because all we can care about is a Twitter account.

It's an embarrassing moment when we, the people, can't collectively be civil.

Not even to welcome someone to a Broadway musical.

Thank you, Mike Pence, for being civil in your response, because those in attendance were nothing near the same to you.

Cast of Hamilton, thank you for being civil. I didn't see anything uncivil or out of line. If your boss is okay with the action, then so be it. Conversations are great, and generally civil.

Let's all work together, at least to be civil to each other.