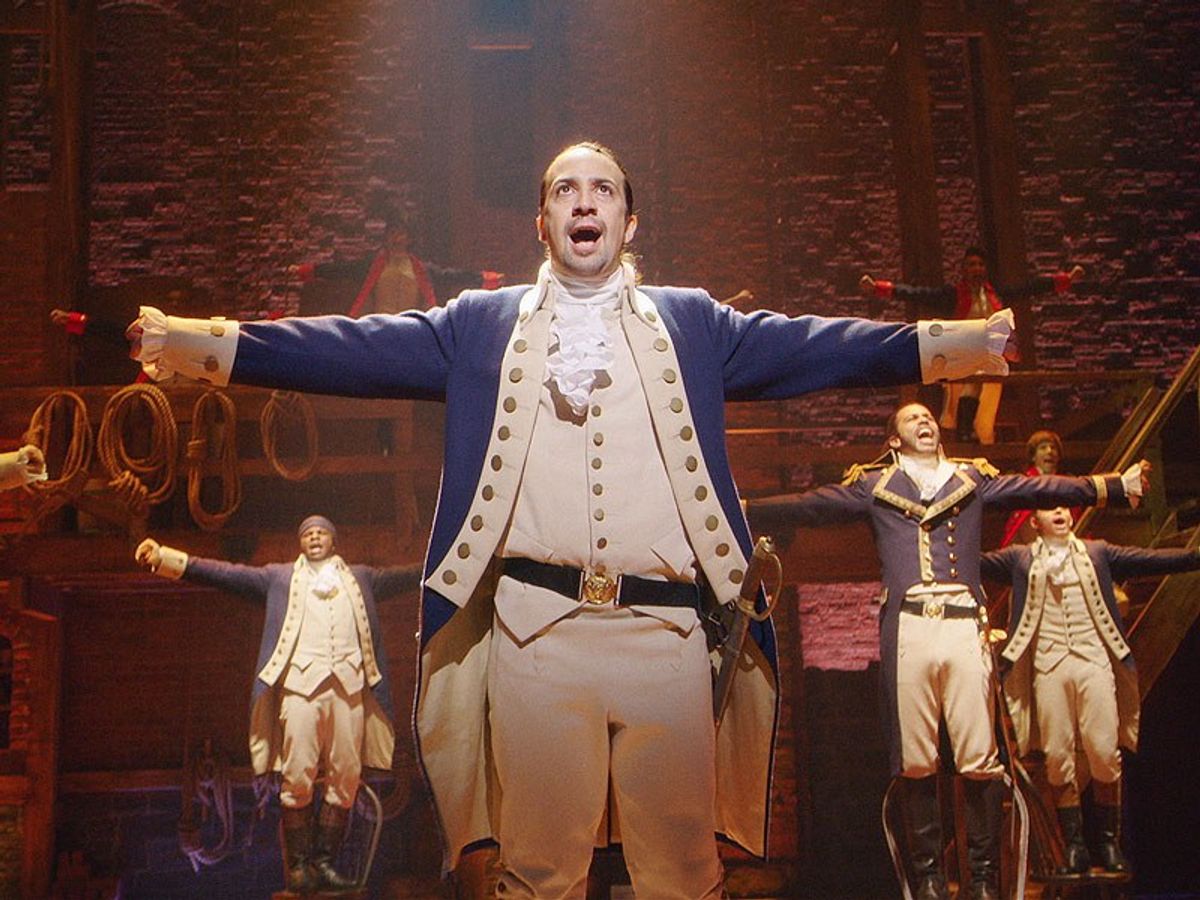 Known for its catchy lyrics and funky beats, the Broadway smash hit "Hamilton" is also loaded with lots of lessons about life, love, and politics. Its creator, Lin Manuel Miranda, had a clear political agenda when penning his masterpiece and I firmly believe that its lessons can be applied to the current presidential election. To many, including myself, this election cycle is a complete and total mess. Yet, Hamilton teaches us so many things that can be used to help better our nation politically.

The first lesson is the importance of cross party unity. It is a well-known fact that George Washington was a firm hater of political parties, which formed after thanks to founding fathers Hamilton and Jefferson. In “One Last Time," Washington’s musical farewell address, he says “I want to warn against partisan fighting." The lesson goes deeper than Washington’s sentiments. In “The Election of 1800," Hamilton, a Federalist, endorses his political enemy, Thomas Jefferson, a Democratic Republican, for one simple reason, “But when all is said and all is done, Jefferson has beliefs. Burr has none." Hamilton puts party loyalty aside for the best of the country. Our politicians sure could learn from this. The constant party fighting has caused a deadlock in our congress where nothing can get done. If they could put party affiliation aside for the sake of the nation, like Hamilton did, then perhaps something could be accomplished for all Americans.

Another political lesson that is prevalent throughout the musical is the importance of immigrants to the nation, and how they are looked down upon. One of the most influential figures of the Americans revolution was the Marquis de Lafayette, a French immigrant who helped us win the war with French aid. The musical rightly glorifies him, calling him “the Lancelot of the revolutionary set." Hamilton himself is an immigrant. He was born in the Caribbean and came to America as a young man looking to better his life. He struggles with this identity throughout the musical and constantly tries to break the stereotype of being a “creole bastard." Without him, we would not have the U.S. Treasury, the Coast Guard, the New York Post, and possibly, America. Both he and Lafayette showcase the many gifts immigrants have brought to this nation. The modern day politicians who demonize immigrants as dangers to the country could learn a lot from this.

Finally, Hamilton has a not so subtle warning about blind political ambition. The two main characters, Hamilton and Burr, are destroyed because of their political ambition. Hamilton gets so caught up in his that he destroys his personal life, causing the crumbling of his marriage and the death of his son. Burr gets so swept up that he starts a duel with Hamilton, claiming that he destroyed his political career. Hamilton is ultimately killed in the duel (Not sorry for the spoilers, basic history) and Burr becomes “The villain in your history” (“The World Was Wide Enough”). I think modern politicians can take this warning seriously. So many are focused on accumulating power that they forget their main job is to work for us, the citizens of this nation. Looking at the tragedies of Burr and Hamilton, they can remember where blind ambition leads them, and hopefully get back to helping their constituents.

Hamilton is a musical political parable that I seriously believe can be applied to our current political climate. If more politicians looked at it, and the history that is depicts, perhaps they could learn from the past and make our future just a little brighter.