"Would that it were so simple." 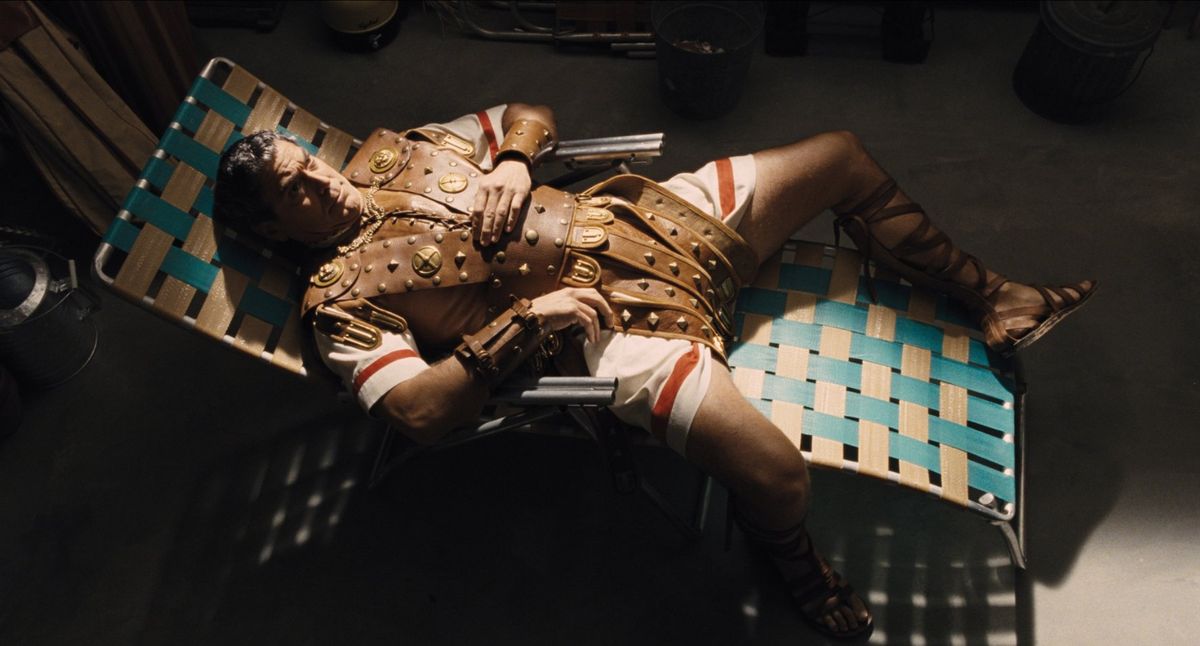 “Hail, Caesar!” is a 2016 Coen Brothers’ comedy drama about Hollywood in the 1950s. It stars many big-name actors such as: Josh Brolin, George Clooney, Ralph Fiennes, Scarlett Johansson, & Tilda Swinton (just to name a few). This film made a little over $11 million opening weekend & over twice that in gross profits; it was nominated for an Oscar in Best Achievement in Production Design plus 34 other awards, but only managed a 6.3-star rating on IMDb.com.

The plot shows the struggle of Hollywood ‘fixer’ Eddie Mannix (Josh Brolin) as he tries to, you guessed it, fix. Now I know some of you may not know what a Hollywood fixer is, well it was a person back in the 50s that took care of issues throughout the entertainment sources like pregnancies, drunken misdemeanors, & other PR scandals for various big name celebrities. In other words, when a hot head messed up, it was a fixer’s job to make sure the public never found out & that the celebrity got back on track. They didn’t really do anything bad or illegal, but it took a very special kind of person to be able to put up with the high demands of that occupation. The show must go on, they say.

This movie is enjoyable primarily because it was written & directed by some of the best genre subverters known to filmmaking, Ethan & Joel Coen, also known as the Coen Brothers. This joint filmmaking duo make up the unified mind behind “Fargo”, “The Big Lebowski”, “No Country for Old Men”, “True Grit”, & “Unbroken”.

Personally, this is one of my favorite movies ever, but sadly it is also one of the movies I always forget I enjoy. It has a fantastically unique sense of humor, great visual style, & an expertly chosen cast. This film is great if you are looking for something slightly complex yet full of laughs that you wouldn’t expect. & frankly, the less you know about this movie the better it is, so just watch it next time you’re in the mood for a family movie night, need something to pass the time on a long plane flight, or just want to enjoy a quality movie with quality acting, humor, twists, & an experience that will not disappoint you.

Oh, & if you are a fan of the "Harry Potter" movies, Voldemort is a fancy film director named Laurence Laurentz.

Caitlin Marie Grimes
University of South Florida
11865
Beyond The States