Guns And The American Myth
Odyssey

Guns And The American Myth

The United States must face its history of guns and its ties to the American identity. 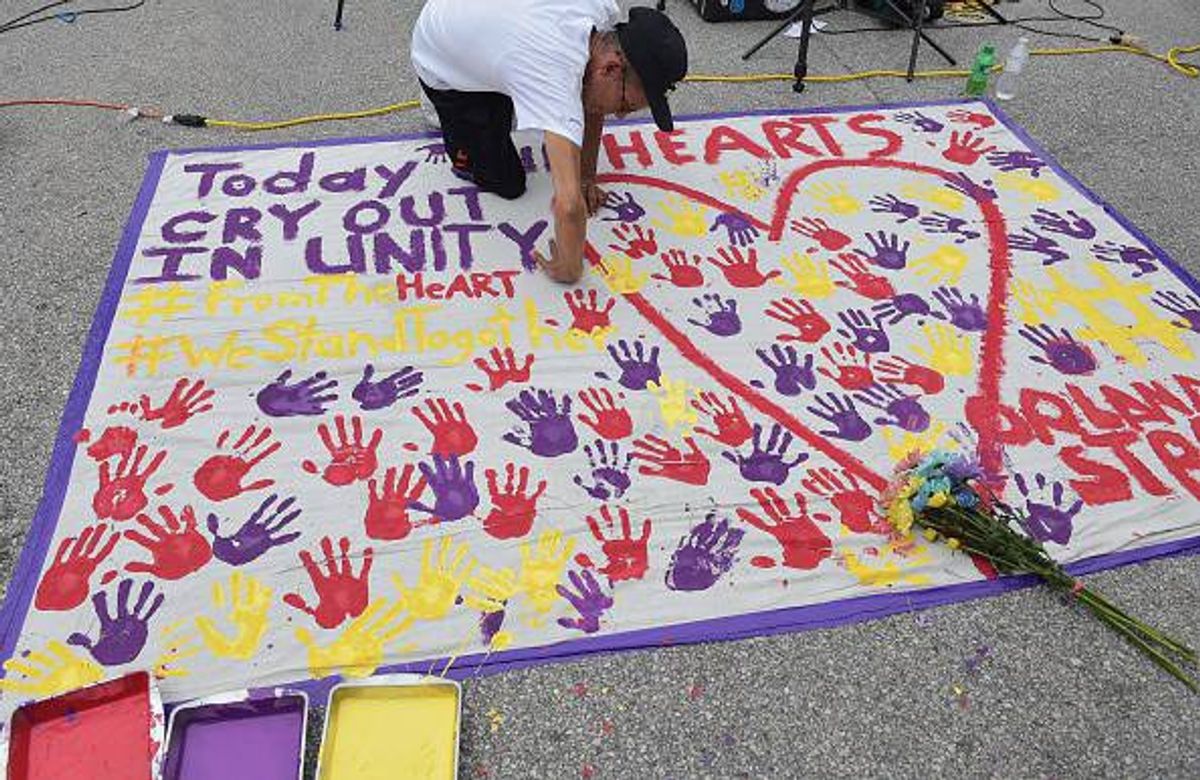 Here we are again. How sad is it I can say that? How abhorrent that mass murder has become repetition? The latest mass shooting, this time at a popular club in Orlando, took the lives of 49 people and injured 53. The shooter had purchased a Sig Sauer MCX and a Glock 17 from a vendor in Florida, legally. By now I’m sure you’re as tired of hearing these facts as I am. It has been emotionally draining for us as a country. The conversations that have followed have also been the same, most of all, a conversation regarding our nation’s relationships with guns. To say that this is a sensitive issue, would be a gross understatement.

I don’t think you can go anywhere online without seeing a think piece or article giving an opinion on how we should handle guns in this country. There are those who say more restrictions and denying access to more destructive firearms is the answer. Still, others defend the the second amendment right, even advocating for less restrictions so that we may all be armed for attacks in the future

Well, at least we seem to be able to agree on one thing - there will be more attacks, that is a certainty. But the myth of the good guy with a gun has yet to appear in any significant way. It’s a myth, the good guy with a gun, one of the many that has appeared within the mythology of our country. The gun has always played a significant role in the American myth. Perhaps that is why so many of us feel so strongly about it. For better or worse, guns define America.

Guns have been tied to the roots of our country since its founding in 1776. We are a country born from rebellion. Despite being the number one superpower in the world, America still loves to think of itself as the underdog. We gobble up stories of people who defy convention and celebrate the individual over the whole. We live in the land of the free. Our entire system of government is based upon giving power to the people.

And besides, guns are just cool. They’re sleek and shiny and they explode with a deafening loudness. Who wouldn’t love a gun? I myself have been steeped in gun culture since youth. I devoured action movies with heroes like Schwarzenegger (ironically, not American) and Stallone (ironically, pro-gun control). I spent hours playing video games and using all kinds of weaponry to kill computer-generated monsters and my friends online as well. I’ve even fired off guns at a gun range in Texas and still have the bullet shells as a souvenir of my trip.

As a country, we have idolized the gun. But times change, as do people. England is no longer under a monarchy and we can no longer pretend we are still the scrappy underdogs. But does this mean ban the gun completely outright? Of course not. Regardless of how you may feel, banning all guns in America overnight simply isn’t a realistic goal. Though perhaps banning anyone on a terrorist watch list, as the shooter in the Orlando killings was when he purchased the weapons he would use at Pulse. Small steps, a slow trickle of restrictions, background checks and changes to the economic structure of weapons.

Many people – gun sellers in particular – protest and fear that such actions are a slippery slope toward a disarmed and defenseless populace. They are right - it is a slippery slope, but not one to tyranny. It is a slope that leads us to confront ourselves as a nation about what place firearms have in a modern America. It will not be easy, and there may be some unpleasant truths we may have to accept, but it is a confrontation we must have, one that is inevitable at our current state.

I won’t claim to have the answers to the question of what part guns should play in our society. If there was a clear answer to these questions, we would have the answer by now. That is most likely why the conversation over guns eventually goes silent again in the aftermath of these attacks. We begin wanting to have this conversation, but once we begin, and we realize just how difficult it is, we do the easy thing and just stop talking about it. It is human nature to want to give up when things become too hard, but it has become clear over these last few years that this is not a problem that will go away on its own.

We must face this together. We cannot allow politics to divide us. There have been many calls to action, to change things in a significant way. But the first step needs to be to change the way we think about this issues. All of us have the right to life, liberty and the pursuit of happiness. This is a promise we made to ourselves as a nation, and one that is being threatened by our continued inaction. As popularized by Abraham Lincoln, “A house divided against itself, cannot stand.” We have proven time and time again as a nation that we are capable of anything when we stand united. Let us stand united in the face of uncertainty hand in hand to create a better and more secure future for generations to come.