A Guide To Every Sorority Girl's Spring Break Pictures
Odyssey

A Guide To Every Sorority Girl's Spring Break Pictures

If you don't throw what you know on the beach, are you even in a sorority? 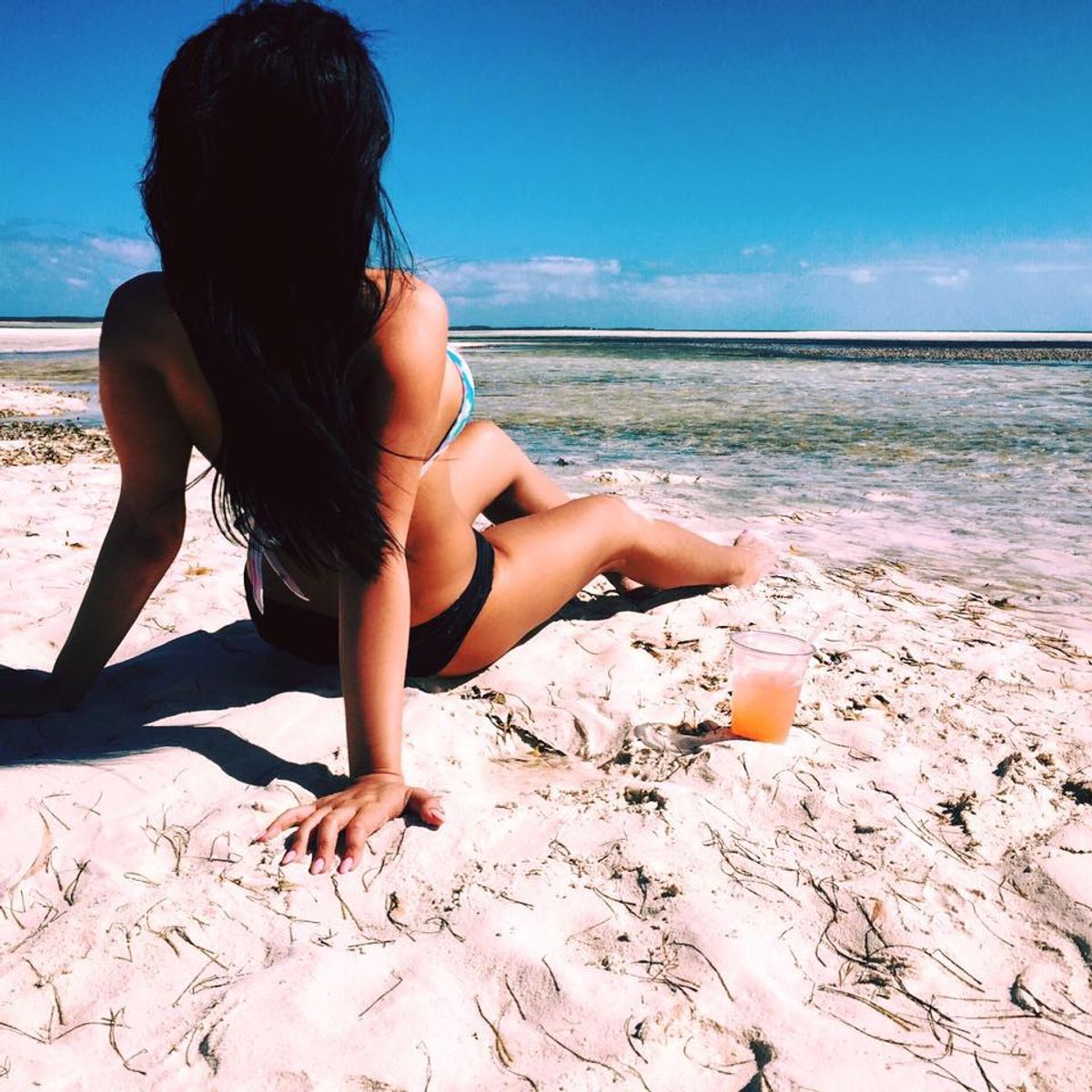 If there is one thing sorority girls are better at than everyone else, it's getting the best pics for the 'gram (OK, statistically we are also better academically and philanthropically, but that's beside the point). When in comes to getting the best spring break pictures, there are certain tried-and-true poses that we all resort to. Don't worry, though, there's no shame in your game. These picture poses are classics for a reason.

If you are in a sorority, there is a 99.999 percent chance that you have done at least one of these typical spring break pictures.

If you didn't take at least one picture throwing what you know with some tropical back-drop, are you even in a sorority?

A "candid" picture of you and a sister laughing:


We all know your laugh is fake and the person behind the camera probably took about fifty of these before you got the exact level of candid that you wanted, but the end result is cute anyway.

A picture of you drinking from a pineapple or coconut

It's a clever way to get past the "no alcoholic beverages in pictures" rule. Is there a piña colada in there? Or is it just plain coconut water? No one (especially standards) will ever be able to tell.

A picture debuting your newest bikini

You probably bought the bikini specifically for spring break, and it's most likely from Victoria Secret or a boutique.

How will people know how much fun you had, and more importantly, how many friends you have, if you didn't take a large squad picture on someone's fancy new GoPro to prove it?

Nothing makes us feel like a photographer quite as much as scenery pictures. Up the brightness, throw on a VSCO filter, and you've got photography gold. It won't get quite as many likes as the pictures of you in a bikini, but it makes your feed look nice, so what the heck.

A picture with your favorite fraternity's flag

What better way is there to show your devotion to your favorite group of boys than to pose (preferably topless) with their flag on the beach? The fraternity loves it, your sisters love it, and it rings in mad likes, so it's basically a win all around. Let's just hope, if you choose the topless route, your future employers never find it.

A picture with your sorority's letters written in the sand

Let's face it, there's nothing we love more than reminding every person we know that we are, in fact, in a sorority. Writing it in giant letters in the sand is just one of the many ways we do this.

Maybe these pictures are basic, and certainly lacking in originality, but guess what? We're still gonna do them, time and time again. They're cute, they're fun, and we all look good doing it, so why fix what isn't broken? Throw your hand sign on the beach, girl! Pose with that pineapple drink if you want to! Enjoy the instagram likes and facebook comments, you'll look back on them with pride once you're forced to enter the real world.