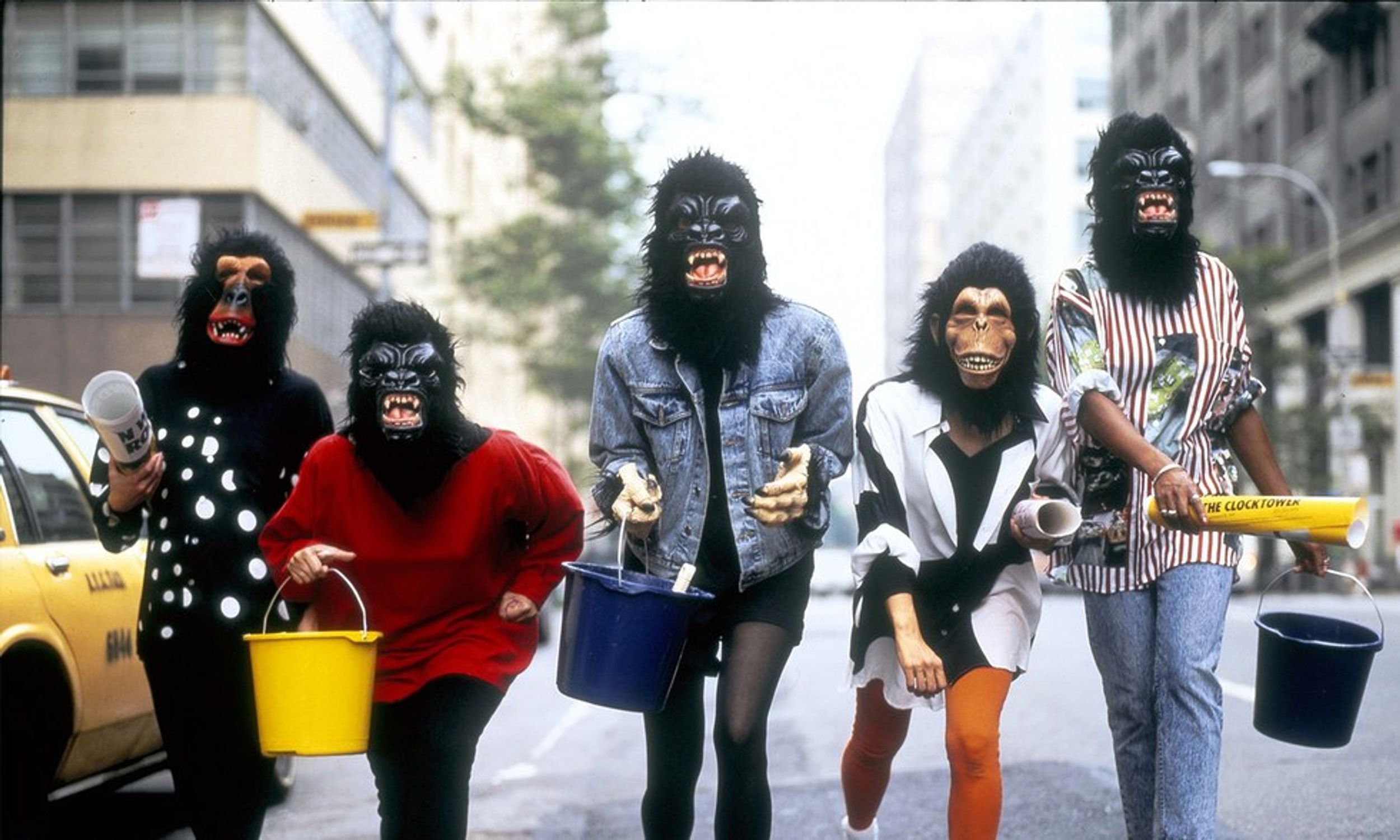 Recently, an activist group called Guerrilla Girls came to my school and talked about what it means to be a women within our society. “You can’t tell a culture without telling all voices within a culture.” Guerrilla Girls take the name of old, dead female artists to project an image that identifies as something more than themselves- something powerful and universal. Guerrilla Girls began putting their posters up everywhere which got everyone and their mother talking. Astonishing enough, their posters made headlines all over the world- even in Germany! “Less than 3% of the artists in the Modern Art sections are women, but 83% of the nudes are female.” How could this be? What makes a women less significant than a man? Are we blinded by our social constructions?

Most museums show some of the most famous artists over and over and over again. Guerrilla Girls took the time to collect this information and say, “This is enough.” They began to speak for the ignored; the women with powerful and muted voices. Guerrilla Girls are not only known for empowering women, they were known for expanding diversity, too. They noticed how art museums are not just nude heavy… They noticed how flourished art museums were with white male supremacy. The art museum is considered the 4th largest black market in the world because they are almost always inaccurate and culturally blinding. As a female artist, I find it hard to diversify myself within the arts. The same brilliant, yet cliche, white male artists are constantly put on a pedestal. It’s horribly sad to have to find such miraculous artists of different race, culture, and ethnicity not getting the attention they deserve.

Guerilla Girls decided to have their own Art exhibit in Cologne, Germany called, The Advancement of Owning Your Own Art Museums.” Their museum questioned whether modern art museums displayed the history of the wealthy and privileged or the successful. Their exhibit was powerful. They sent out letters to art museums all around the world asking to display their artwork. The museums that said yes were written down and hung up on a wall while the museums that said no were written down and made into the floor so people could walk, maybe stomp, all over it… I laughed, a lot. These women truly give their audience a taste of what it means to be compassionate, determined, and selfless in a society that neglects women and diversity.
Report this Content
This article has not been reviewed by Odyssey HQ and solely reflects the ideas and opinions of the creator.

Caitlyn Morral
St Bonaventure University
1270
Wordpress
Odyssey recognizes that mental well-being is a huge component of physical wellness. Our mission this month is to bring about awareness & normality to conversations around mental health from our community. Let's recognize the common symptoms and encourage the help needed without judgement or prejudice. Life's a tough journey, we are here for you and want to hear from you.