Growing Up an American Girl

Growing Up an American Girl

The brand gave me far more than just a doll 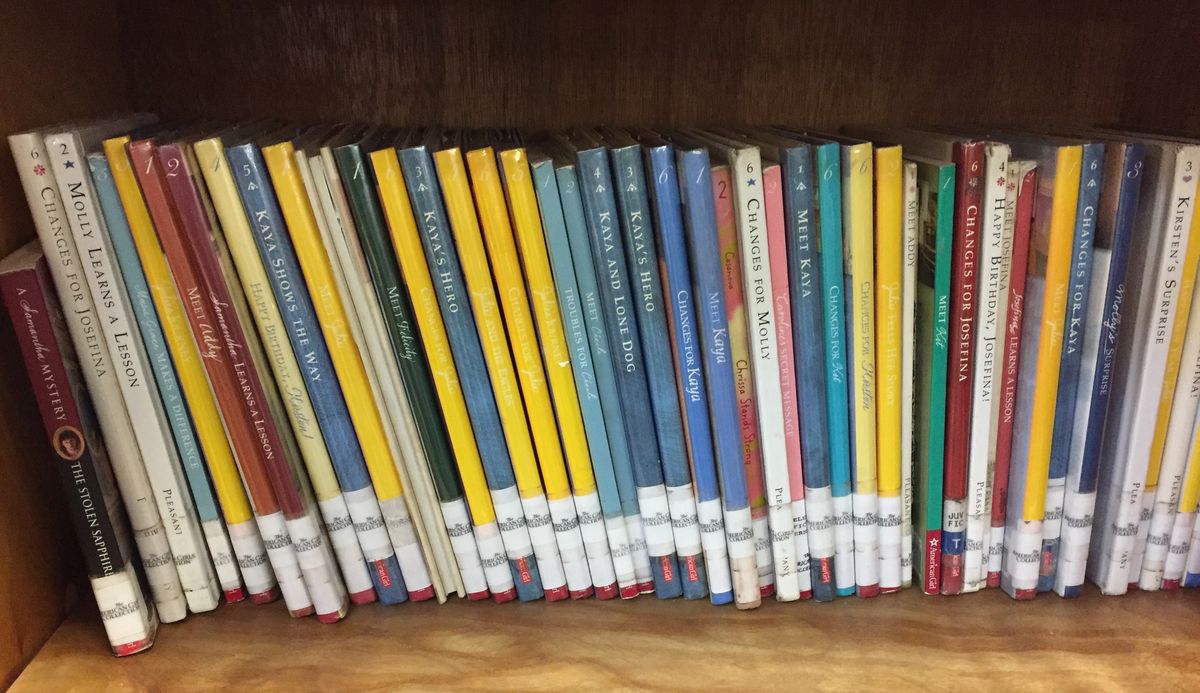 When I was a kid, one of the highlights of my year was when my mom, sister, and I, sometimes joined by my grandma, went to American Girl Place in Chicago. The trip was exciting partly because we got to be “city people” for a day, taking cabs, riding escalators and glass elevators, and toting our shopping bags down Michigan Avenue. But the point was American Girl. The vast majority of my allowance was spent on that trip, and my basement at home is filled with bins of doll clothes and piles of books bearing the red American Girl logo. I often joke that I don’t want to know how much money I and my family members spent on AG products throughout my childhood.

But on the other hand, if any company was going to be a central part of my childhood, American Girl was a good one to pick.

A few days ago, my fellow American Twilight creator Whitney Thompson posted an article that I’ve since seen making its rounds on the internet: “American Girl Dolls Ranked in Order of Gayness.” The piece was tongue-in-cheek, but only a little. And its bottom line was genuine: the American Girl historical characters were feminist icons.

“The line was always meant to run counter to hypersexualized dolls like Barbie and Bratz, and so the focus of all the stories is female friendship,” the author writes. “It is a rare thing for an American Girl to even speak to a boy to whom she’s not related. And when this does happen, it’s probably because the boy was antagonizing the American Girl in question, and she had to put him in his place.”

I had never thought about the stories from this perspective. And as people commented on the post sharing their fond memories and cheering that their doll was ranked so highly on the list, I started to think about how American Girl taught elementary-school me far more than just consumerism.

Let’s start with the historical characters, the most well-known aspect of the franchise (at least for my generation). My voracious reading of the characters’ companion books taught me about topics like the American Revolution, immigration, slavery, and the Great Depression before my school did. Every book came with a brief non-fiction section at the back, and each doll had a non-fiction “Welcome to (doll’s) World” book that delved in depth into the events and culture of that time period. These associations still exist in my mind today; I recently visited the Hull House museum and kept thinking of how it was a settlement house like the one Nellie goes to in Nellie’s Promise.

And the characters themselves were inspiring, whether they were helping their friends or defying the gender norms of the time. Felicity preferred to ride her horse in breeches than drink tea in a dress; she also realized she could still be best friends with Elizabeth, even if Elizabeth’s family were loyalists and Felicity’s revolutionaries. Kirsten survived a journey from Sweden to Minnesota, a bear attack, and a fire that destroyed her cabin, and befriended a Native American girl in the process. Addy escaped slavery; Kit hopped trains and fought to save her family from eviction. Even my doll, Samantha, who on the surface seems like a prim rich girl, was pretty awesome. After becoming friends with the neighbors’ servant girl, Nellie, and hearing about Nellie’s time working in the factories, Samantha used her speech contest at school to speak out against child labor and unsafe working conditions. She later helped Nellie and her two younger sisters escape from a cruel orphanage. And let’s not forget side characters like Samantha’s suffragist aunt Cordelia or Kaya’s hero Swan Circling—a female warrior who literally stands down a runaway horse to save the baby strapped to the side. I could go on and on, but the point is, these stories were packed with amazing female role models.

And American Girl goes far beyond the historical characters. Their self-help books span topics from siblings to crushes to writing to money management. The Care and Keeping of You: The Body Book for Girls, which talks frankly to its ten-year-old audience about puberty and periods (even giving instructions on how to insert a tampon!), has sold millions of copies. A shortly lived spinoff line of porcelain dolls for older girls, Girls of Many Lands, featured characters from Tudor England, eighteenth-century Turkey, nineteenth-century Ethiopia, and India amidst its struggle for independence. Even the most superficial, commercialistic facet of the brand—the “American Girl of Today” line—had a constant undercurrent of girl power. And let’s not overlook the significance of girls being able to customize a doll to look exactly like them, regardless of their race or, more recently, disability (doll accessories include glasses, crutches, a wheelchair, and a diabetes care kit).

There’s been concern in recent years, though, that the company is moving away from its roots. Many of the historical characters have been off-and-on discontinued throughout the 2000s, and while they were brought back after a rebranding in 2014, they no longer feel like the focal point of the brand. In her article “American Girls Aren’t Radical Anymore,” Amy Schiller worries that what formerly provided “a point of entry for girls who have matured into thoughtful, critical, empowered citizens” has “become more like a stylish accessory.” She notes that the primarily white and upper-class Girl of the Year dolls face fairly minor issues, like convincing a neighbor to farm organically or raising money for the school arts program—worthwhile actions, but not as big as those of the historical characters.

But there’s plenty of reason for hope. The two newest contemporary characters are African-American and Korean-American, respectively, and the newest historical character is a native Hawaiian girl living during World War II. And I was recently impressed to learn of yet another book series being launched by the brand: “A Girl Named,” biographies of the childhoods of famous women.

The subjects of the first two books? Rosa Parks and Hillary Clinton.

American Girl may sell kids absurdly overpriced doll accessories they don’t really need. But as long as those products come with a side of feminism and history, I’ll continue to smile whenever I see a young girl and her mom toting their big red shopping bags down Michigan Avenue.