I Wanted A Career That Would Make Me Happy, So I Chose Occupational Therapy
Odyssey

I Wanted A Career That Would Make Me Happy, So I Chose Occupational Therapy

How I faced the monumental decision of what I wanted to do with the rest of my life. 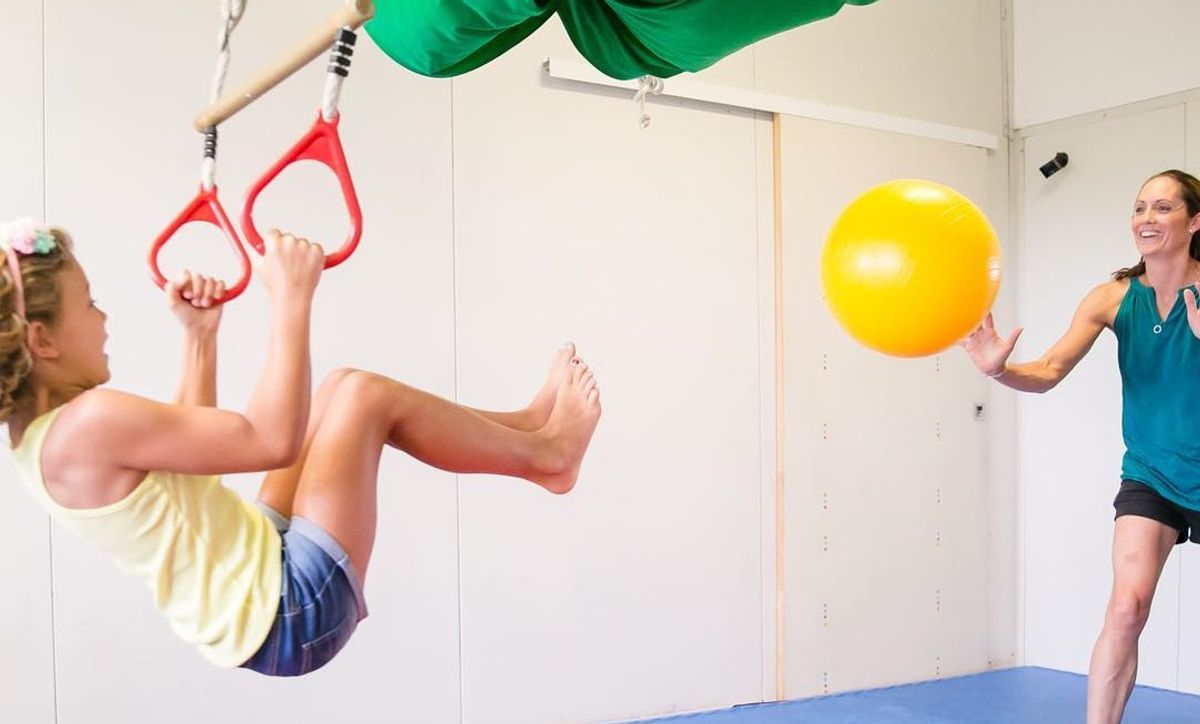 The age-old question "what do you want to be when you grow up?" is something you will be asked from the time you are a child until you have a stable career. For many, the answer changes over time from things like a princess or an astronaut to things like a teacher or pharmacist.

As a senior in high school, there was only one thing I was certain about, and that was that I wanted to go to a college. Choosing a major seemed overwhelming so many possibilities and because I was so interested in many things like psychology and science. I shadowed a physical therapist that my family knew well. It was so exciting to learn about a career that combined interpersonal skills, science, and medicine. I loved helping out around the office getting hot and cold packs, setting up equipment, and motivating patients to get through their exercises. At this point, I had an ah-ha moment and thought that this was a career I would want to pursue.

I applied to exercise science programs and athletic training at several schools. I ended up choosing to enroll in kinesiology at the University of Rhode Island which I had been dreaming of going to so I could live in the beautiful off-campus beach houses my aunt would point to as we drove to the beach. As both a lover of the beach, the gorgeous URI campus, and the state of Rhode Island the choice was not a difficult one. People also asked me what kinesiology is, and it's basically the science of exercise, but the URI program offer sociology and psychology classes based around exercise.

During my freshman year, I was in a class called URI 101 which is sort of like a small group of people in your major that meets once a week and you learn study tips and about URI. It's a really awesome program at URI that other students and myself felt we got a lot out of.

One thing that I really took away was that my mentor advised us to look into graduate programs as early as possible and figure out other things we could do since nearly every person in my class wanted to pursue physical therapy or were undecided. So I hopped on Google and looked up graduate programs you can attend with a kinesiology degree. I looked into careers like cardiac rehabilitation, physician assistant, and chiropractics.

The career that stuck out most to me was occupational therapy. I was immediately intrigued by populations they worked with the variety of places they could work. I could get a job working with any age from infants to geriatrics and settings from schools to hospitals. The thing that drew me in more than the flexibility was that you were helping people learn how to be independent.

Occupational therapy addresses the physical as aspects of a persons' ailment which goes in hand with psychological wellbeing, like self-esteem. To a person suffering from a disease, injury, depression, or developmental problems being able to do something task like dress themselves or make themselves a meal may be difficult. The job of an occupational therapist is to not only help them accomplish their goals of independence but to also be a support system and motivate them through pain and struggle.

I feel that being a voice of positivity in this field is absolutely essential and will not only give patients the best outcome but will help me leave work with a smile on my face. It is so important to me to do work that makes me feel good. Even just during my college career, I have had experience with this as I went from a job at a restaurant that made me miserable to nannying kids which has brought me so much happiness. I actually don't mind going to work.

Some other areas of practice besides rehabilitation other specialties include training workers proper ergonomics on the job; people with vision problems maintain their independence; adapting buildings and homes to be more accessible; elderly driver evaluation and training; and promoting health and wellness. As a college student accumulating student loan debt, occupation therapy has a great job outlook as it is one of the fastest growing healthcare fields! As annoying as it may be to constantly have to explain what an OT is to people asking what I want to do I know I have found a career I am passionate about and will be happy doing.

At the end of the day, the choice to do something that makes you happy is the most important decision you will ever make.