Why Grey's Anatomy Season 17 Should Be The Last
Odyssey

Why Grey's Anatomy Season 17 Should Be The Last 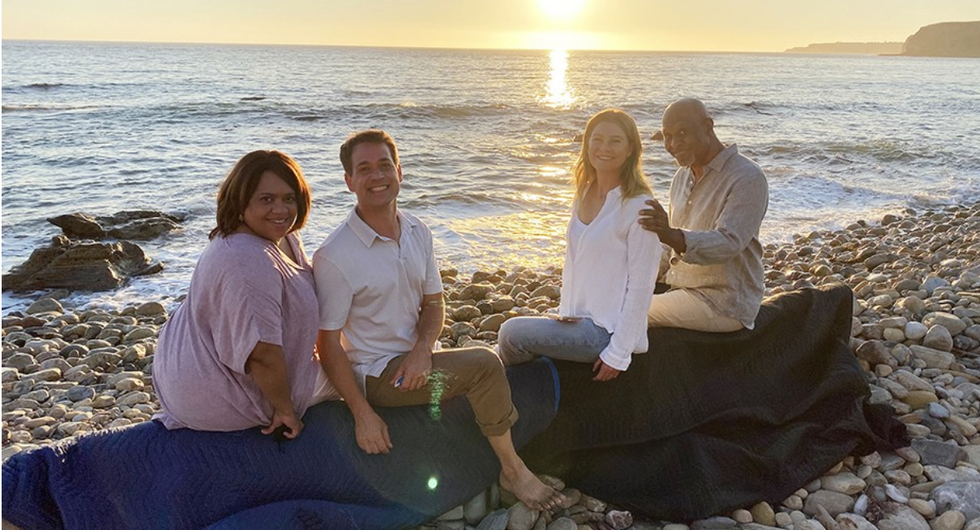 SPOILER ALERT: If you're not caught up, don't read.

Yes, I'm one of the millions of young people who fawn over Grey's Anatomy. What started as a recommendation from one of my friends became my favorite show and somewhat of a staple in my life. I've been watching live since season 13 and have binged the whole thing (not multiple times, but still).

I was left emotionless by Alex's terribly written departure, the death of DeLuca, and so many other tragedies because face it, it is Grey's Anatomy. I've laughed, cried, listened to Chasing Cars way too many times, and I've been inspired by these characters.

But at some point, you have to ask yourself when enough is enough. There have been way too many love triangles, way too much sex in the hospital, and Meredith has had too many love interests after Derek that have spawned too many ship wars.

It gets repetitive and it gets ridiculous. The show has always been way out there since day one, but it's on another level now. They're destroying the storylines of these characters. The Alex Karev I spent sixteen seasons watching turn into an amazing doctor would have never left Jo the way he did. Teddy would have never become such a soap opera.

Meredith Grey, who has survived a bombing, plane crash, shooting, attack, and countless other tragedies has fallen victim to COVID. She's been having dreams of herself on the beach. The beach is likely the straddle of the balance between life and death. She's seeing people she loves—both dead and alive—while she decides whether or not she wants to live.

It would be a great way to end the series. The fact that Patrick Dempsey, Chyler Leigh, TR Knight, Sarah Drew, and probably other characters who have left been coming back seems like a hint that we're nearing the end. And like I said earlier, they've run out of storylines. Better to end on top (or closer to the top) than crash and burn.

Fans got to see MerDer together again. They got to see George. They're getting a Lexie episode next week (something I have been waiting for for a long time). I'm overjoyed. It's honestly the ending I want. I know it's impossible that we'll get all of the old characters—cough, Alex, cough—but it's not so far out to say that we'll get to see more on the beach or in real life as they rally around Meredith.

To be completely honest, I don't know how I want the show to end. The idea of the beach was brilliant. I am in love with it. The idea that you get to see all of the people you love on a beach--- it's… chef's kiss.

Grey's Anatomy would not surprise me if it ended with Meredith dying and going to be with Derek. There's something romantic about that—even if it's in death. He was the love of her life and she has survived death so many times (even when she didn't want to), that it would make sense. The only reason that one makes me sad is all the people she is leaving behind (namely, her kids). They already lost their dad, and while Amelia and Link and Maggie would do great taking care of them, it would be terrible.

Also to note is that he might still be alive, the whole blue shirt on a white shirt beach (look it up, it makes sense).

Option two is that it ends with her waking up, and one or more of the originals comes back and are with her when she wakes up. Alex, Cristina, etc… She gets to live a longer life until she gets Alzheimer's (which was the ending we were all assuming until COVID).

Either way, it was a beautiful day to save lives, but now it is time to say goodbye.