The Grand Canyon From A Midwestern Perspective
Odyssey

The Grand Canyon From A Midwestern Perspective

You don't get to see these things in Illinois. 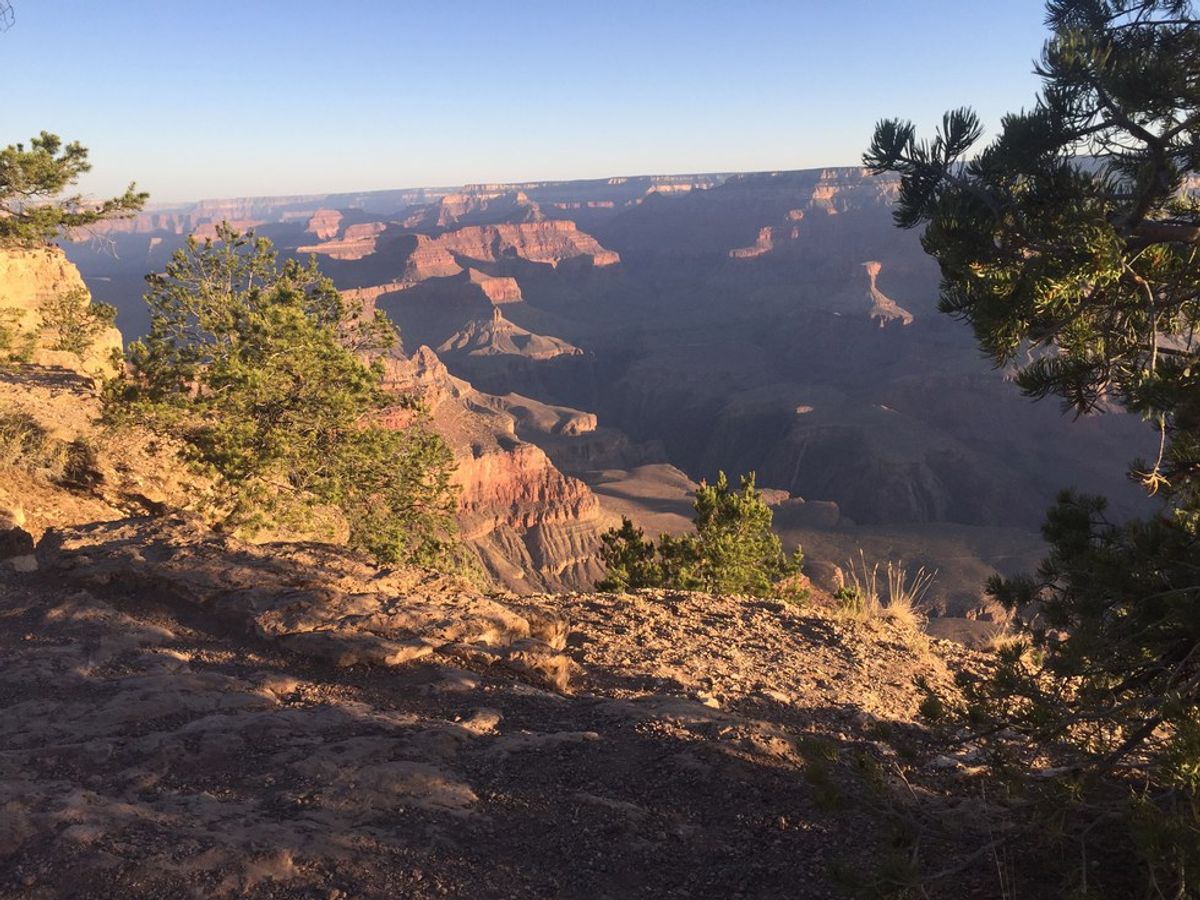 I've lived in the Midwest my entire life. In January I went to Arizona for the first time, the farthest west I'd ever been. The plane landed at night and even though my friend told me you could see mountains all around Phoenix, it didn't quite process. In the morning, while we were driving around, I couldn't believe looking around and seeing mountains not too far away.

This summer I went back to Arizona and experienced more sites unlike anything I ever had before. The most incredible of everything I'd seen was the Grand Canyon.

My friend and I thought it would be easier to take a quick nap rather than go to bed, so at 2:15 we woke up and left to go to the canyon. Our very first stop was the gas station to fill our caffeine fix with gas station coffee. Then we were on our way.

Since it was so early, all of the stars were still out. We were coming from Flagstaff, and the view of the stars there is incredible. Most of the time, I can just see a few constellations while I'm at home but never anything like this. Along the drive, my friend pointed out lots of elk that we passed on the road. Even though they were right outside my window, I was oblivious and didn't notice them most of the car ride there.

We got there around 4:45 and were amazed at how few people were there. The lookout point was pretty filled but we managed to get up on a ledge nearby and got a good view of the sunrise. Not only was the crowd pretty small, but it was so quiet. Barely anyone was talking loud enough for us to hear from where we were.

The sun started to rise and even though it was pretty blinding, what I saw was so different from anything else I'd ever seen. I've seen pictures of the canyon before, and I almost always think of the episode of "Parks & Rec" when April and Andy go there, but in person it's unlike everything else. You don't get the full effect of how deep it goes or how vivid the colors on the rocks are. And it was so much bigger than I thought it would be.

When we got there, it was perfect weather, which for me means a little chilly. It was around 50 degrees but as the sun rose, it got so much hotter. Luckily, I wore several layers and could take them off as I went.

Walking around the Canyon, we had to stop every once in a while because I was so floored at everything about it. It's size, the color and how few people we came across as we walked around it.

On the drive back, we saw a gigantic male elk and, having never seen a male elk in person before, I couldn't believe how big its antlers were. I was pretty used to seeing deer all the time (they've been born in my back yard, so they aren't much of a shock to me) but elk are so much larger.

If you ever get a chance, go see the Grand Canyon because it's almost impossible to put into words how incredible it is.