Graduating High School Is Not A Big Deal

Graduating High School Is Not A Big Deal

Stop acting like it is more than it is. 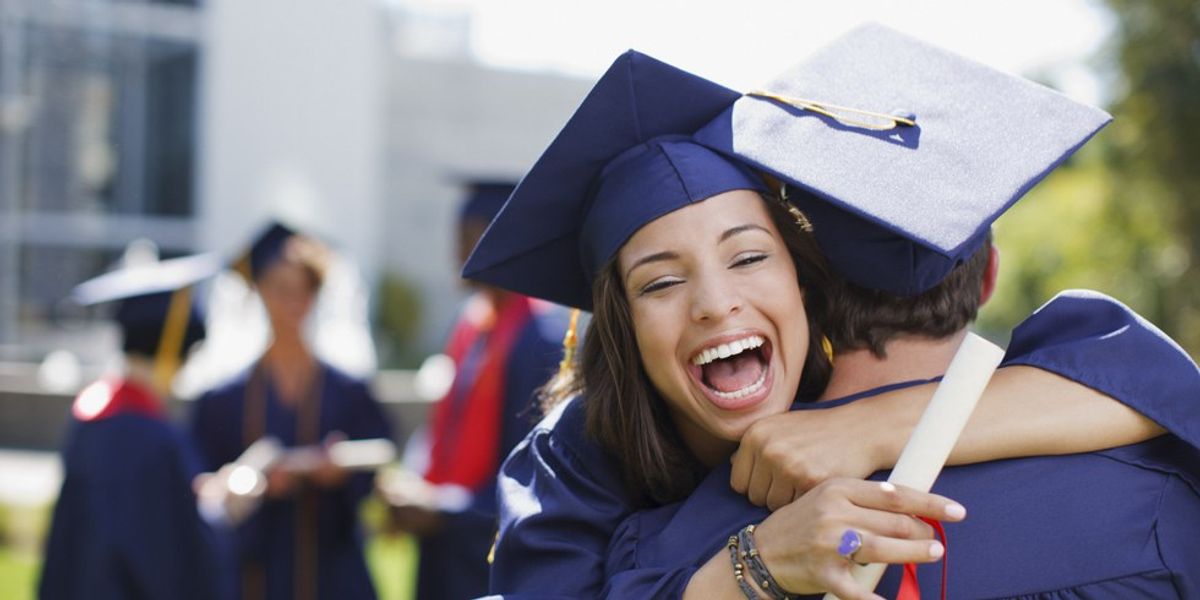 So, you graduated high school. You did it. You literally made it though the easiest four years of your life. So, why are you throwing a huge bash or getting hundreds of dollars? Because you could sit still for seven hours a day? Or because there is an actual law that says you can not repeat a grade more than once?

You graduated. Who cares. Now, I am not speaking to those from low-socioeconomic households where graduating high school is a big deal. To some, the student is the parent in the household and after seven long hours of doing nothing, they have to go home and put food on their table for the six siblings. Those high schoolers, they are the rock stars, they are the ones who deserve the party but they won't get one. They are lucky to even get someone to show up to see them get the diploma.

I am speaking to those students whose parents told them how great they were from the moment they came into this world. To the kids who grew up thinking they could actually be president of the United States or a real life princess. I am referring to the students who have the whole stadium cheering for them, blow horns and all. Those students, they don't need the parties or the congratulations, but they will get one.

High school is a joke. Lets all just take a moment and admit that. During these four "crucial" years, you are supposed to decide your whole life plan, all while making sure you are participating in enough activities and making good enough grades to get into a decent school. Oh and while you are doing all of the other million things, make sure you also dress appropriately, because shoulders tend to distract boys.

That's right. Not only do you have to wake up before the sun does (which by the way, scientists have said the brain doesn't actively wake up before eight in the morning), you also have to strategically plan your outfit so you do not only one, not offend someone but also two, do not distract the opposite sex. When I was in middle school, one of the school rules was that boys had to wear a belt. I remember thinking how counterproductive it was to pull that student out of class, just so he could go to the office and get some rope to wrap around his pants. I had no idea that he wasn't wearing a belt, but I was definitely distracted by the administrator who took him out of class.

For the majority of America, graduating high school is just something we do. Kind of like putting on deodorant. It is just another task to cross out of the long lists of tasks we must do. It is not an accomplishment. Graduating college? That's big. Getting your masters? That's huge. Getting your doctorate? That is freaking amazing. But High School? Well, do you have a party every time you put on deodorant?

I like to think people congratulate high school graduates because of positive reinforcement. You know, like when you are a kid and you eat all of your lunch, so your parent tells you how great of job you did. When in reality, eating your lunch isn't exciting, it is just something you do. Although, I have a feeling, this is not positive enforcement. This is actual people thinking graduating high school is a big deal.

Now I will admit, for some, high school is hard. Not everyone is the popular kid who gets invited to every party. Not everybody has lots of boyfriends or a great group of friends. But it is only four years. That's it. Say you live to 80 or 90 years old. Four years is such a small percentage of that, it's embarrassing to think how upset you got over things during high school. Like that 98 percent when you should have gotten 100 percent, or that you didn't have a date to prom. Who cares? High school is a joke anyway.

There was one day I decided I didn't want to go to school. No good reason. Just didn't really feel like it. My mom was cool with it, so I just stayed home and took a "mental health day," as she would call it. The next day, I, of course, had to bring a note as to why I was absent the day before. The note had to say that I was sick, because I couldn't just tell them I didn't want to come to school. If I had done that, they wouldn't have accepted my note. Therefore, because of this broken system, I was forced to lie, just so I could take a day away from my neurotic high school. If that isn't a joke, I don't know what is.