The Myth of Good Hair
Odyssey

The Myth of Good Hair

Is there really such a thing as "good hair"? 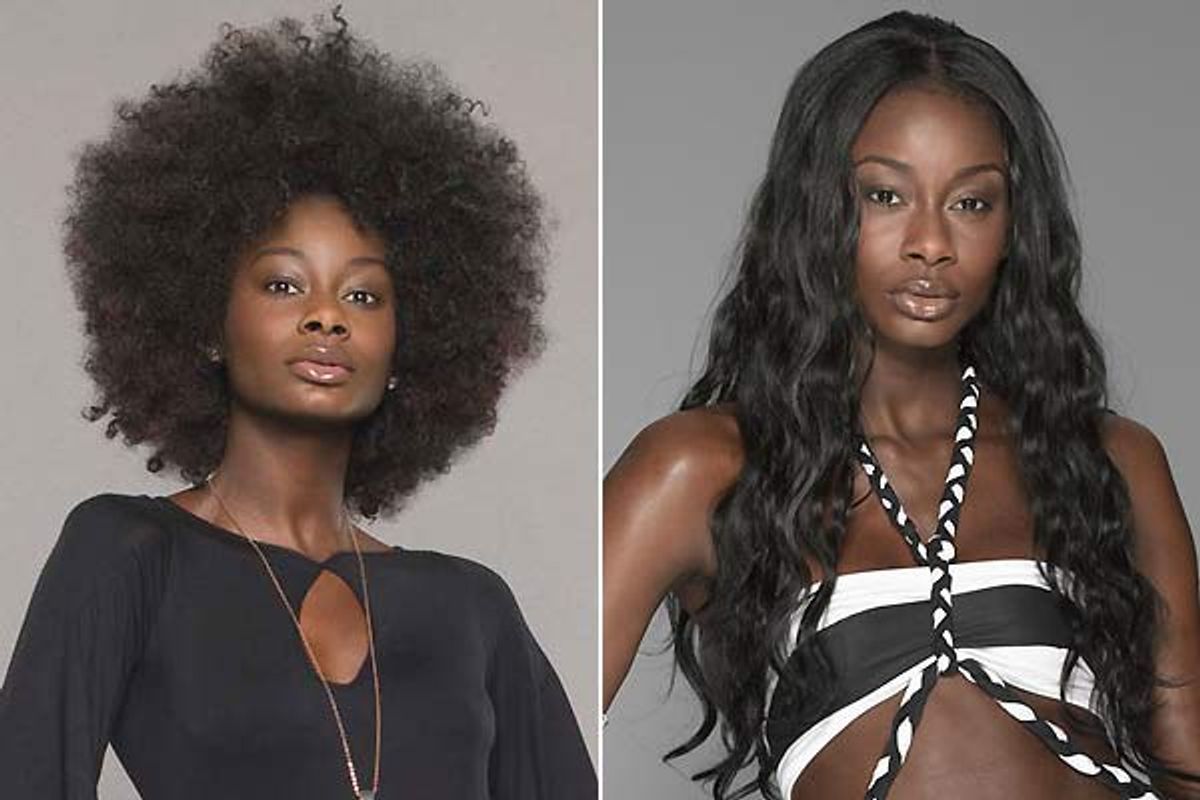 “Good hair” is a term that has been used by African Americans for decades. We hear this term so frequently, amongst each other, whenever hair becomes a topic of discussion. The term “good hair” has become such a great part of the language of African American culture that people have failed to acknowledge its history and its psychological and cultural effects.

In order to understand the history behind African Americans and our hair, it is important to know the history. In her book, "Hair Story: Untangling the Roots of Black Hair in America,” Lori L. Tharps says,

The terms 'good hair' and 'bad hair' came out of slavery...The closer your hair was to white European hair, the more likely that it was that you had white blood in you. That meant that you would have more access to better food, better education, preferential treatment and be more likely to be set free--so literally good hair meant a better chance at life. It wasn't about beauty at all; it was about survival.

With this notion in mind, it is important for us to realize that this is not a new term that someone chose to begin using recently. If having “good hair” means that you are closer to being white and have a better chance at being successful in life, then what are we saying about someone that has tighter curls or a kinkier texture? Well, what is implied is that people with a certain type of hair are less likely to be successful or accepted in society. Essentially, we have chosen to continue the use of a term that has the ability to cause a sense of separation within the African American community.

Some people may also believe that their hair is less manageable and less desirable to others, so they resort to altering their hair in different ways. The most popular way that black women (and some men) have done to become more accepted is by "perming" or "relaxing" their natural hair. Chris Rock's documentary, “Good Hair” discusses the topic of hair in the African American community. During one section of the film, Rock interviews a Chemistry professor to show exactly what a perm consists of and how it really affects you. During the experiment, we learn that a perm is Sodium Hydroxide, which is an extremely harsh chemical that can burn through your scalp. It is not only unhealthy for the person undergoing the process, but it is also unhealthy for beauticians. Inhaling the fumes of a “perm” can permanently damage your lungs. Most people that get perms have had an experience with a chemical burn here or there. So since we know about the effects of getting a perm, why do people continue to get them?

More people in the black community are beginning to discontinue perming their hair. Some resort to the “Big Chop,” while others are growing out their natural hair and gradually transitioning from permed hair to natural.

This process has been called “going natural.”

The natural hair movement has become a phenomenon over the past several years. However, what is disconcerting about it is the idea that celebrating your hair in its natural state is revolutionary. As a culture, we have accepted the idea that “good hair” is hair that makes people of other races more comfortable, but It is important for us to realize that our hair is beautiful and unique. No one’s hair texture will be the same as another.

However, most importantly, we must recognize that all hair, is in fact, good hair.

Caitlin Marie Grimes
University of South Florida
9956
Beyond The States