Going To A Convention Alone Vs. With Friends
Odyssey

Going To A Convention Alone Vs. With Friends

It's a unique experience either way. 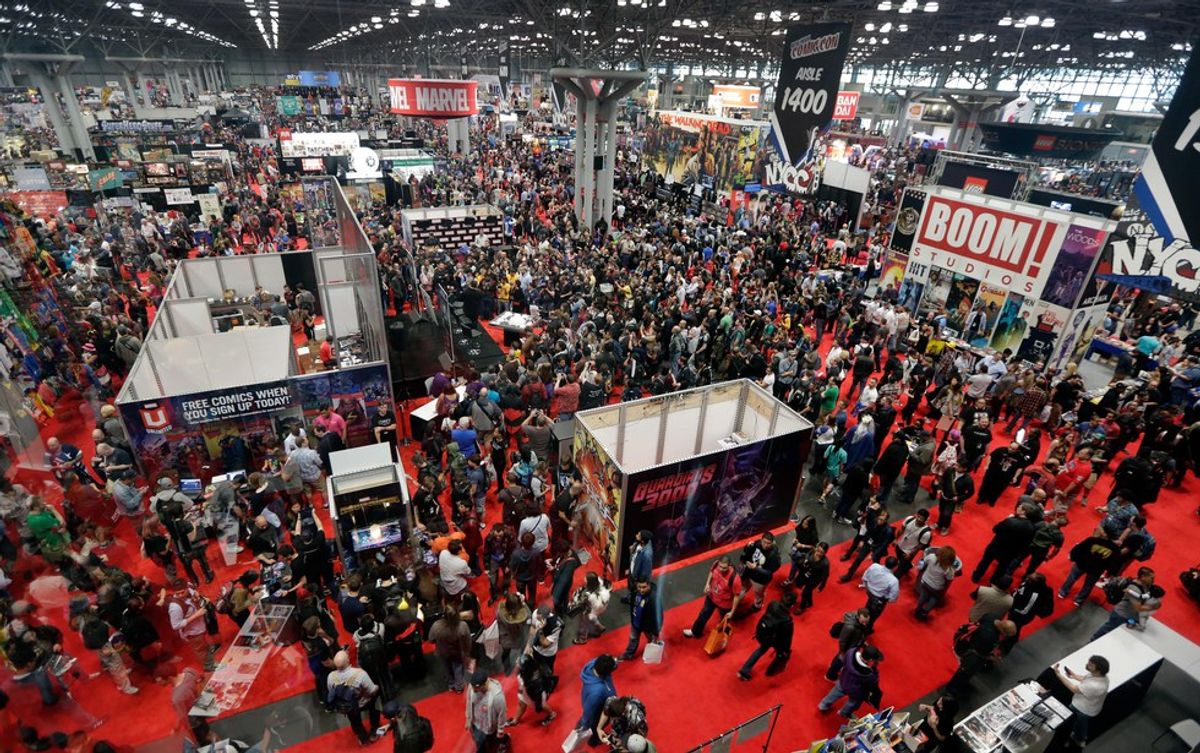 Many people will attend conventions in groups. Part of preparing for a con is finding a group of people to go with. But what if none of your friends are into that stuff? Most likely you go solo then. Different things happen when you go to a con by yourself as opposed to with a group. They can be pros or cons (no pun intended) depending on the person’s preference, but they’re both unique experiences.

Alone – Traveling may be more difficult depending on where the con is and how good the public transit system is where you live. Safety can be a concern for younger – especially female – attendees – who wants to take the train to a big city or unknown town alone (in cosplay, no less)?

With friends – Well, getting there is half the fun. At the very least, transportation is taken care of because you can just carpool – cheaper and safer. It only becomes tricky when you have to take a train or plane, because then you need to all coordinate your travel plans to arrive together.

Alone – The hotel is definitely more expensive when you’re rooming by yourself. It might also feel lonely for some people, but for others it can be peaceful. You’re already surrounded by large crowds at the con itself, so packing an entire group into one room may feel overwhelming. At least you have the bathroom to yourself.

With friends – Splitting the hotel room with friends can make a huge difference in terms of cost, which is how many people are able to afford multiple cons a year. But you may not even get a bed, and you’ll often be fighting for the bathroom, especially if you have cosplayers in your group. Speaking of which…

Alone – You’ll probably never be in a cosplay group, unless you join one online. But while it sucks to be a Panty without a Stocking, or a Marik without a Bakura, at least you can cosplay whoever you want without the disappointment of your friend already calling dibs on those characters.

With friends – Cosplaying in a group is a special kind of fun. You’ll definitely be stopped for more photos and you’ll stand out for sure. Plus, should you ever lose each other in a crowd (like at Comic Con), you’d be able to spot your companions easily since you’re wearing similar outfits

Being on the con floor in general

Alone – This is the greatest blessing to solo congoers, as you realize once you see the convention schedule. You can attend any panel you want and browse the dealer’s room at your own pace without worrying about what your friends want to do, especially if your interests are separate from theirs.

With friends – You can protect each other from con creepers – strength in numbers. However, while it’s fun to sit together at panels, you may have to compromise at some point. Conflict regarding any of the other parts of a convention weekend can lead to con drama, which nobody wants to deal with.

There are other things that can happen at conventions that will make either experience positive or negative. You can have fun at a convention no matter which boat you’re in – it’s simply a matter of which experience you enjoy more. Even if you don’t end up with a new inside joke to laugh about with your friends, you’ll still have a new con story to tell them afterward, and everyone loves hearing funny con stories.

Do you prefer to attend a con by yourself or with a group? Which do you usually end up doing? Tell us in the comments!