So You've Already Broken Your New Year's Resolutions, No Problem, Goals Are The New Fad Anyways

"I think in terms of the day's resolutions, not the year's." - Henry Moore 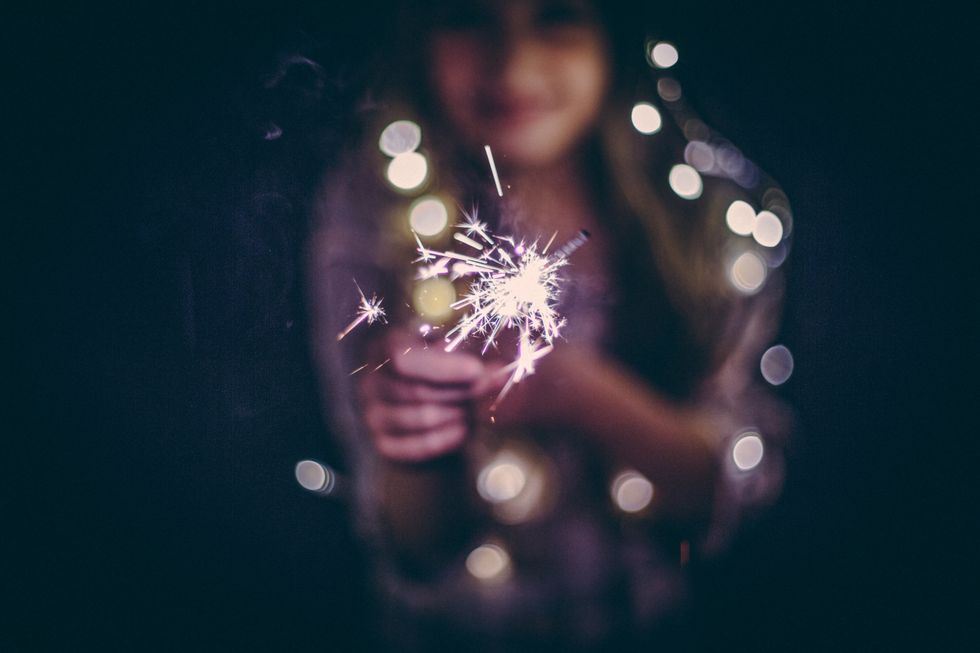 Photo by Nine Köpfer on Unsplash

How often have you sat there on December 31 declaring that, as the countdown commences and the ball drops bringing the promise of a new year, you will become a "new you"? Trust me, I've been there on a number of occasions too. They always seem to start the same way. We each aspire, or resolve so to speak, to eat healthier and lose weight, or to stop drinking as much, or spend less time on Instagram. These things are all well and dandy, and I'm not saying we shouldn't strive towards achieving them, but how often do people actually make it an entire year fulfilling the resolutions they set out to 365 days prior?

Don't get me wrong, I'm all for self-improvement and working towards the betterment of ourselves, but I don't think that making a New Year's resolution is the answer. In my opinion, they're kind of like band-aids. They cover up the problem for a time and keep the injury from bleeding, but they don't solve the problem. So how can we solve the problem of the seemingly never-ending cycle of resolution disappointment? Make New Year's goals!

Now, I'm sure you're wondering what exactly I think the difference between the two things are and how goals are more practical than resolutions, don't worry I'll answer your questions (or at least I'll try to).

First and foremost, in order to fully be able to understand the difference between a resolution and a goal we need to define them. So, a resolution can be defined as a firm decision to do or not to do something. A goal, on the other hand, can be defined as the object of a person's ambition or effort; the desired result. Essentially what that means is resolutions are things that are steadfast and can easily be broken because they are firm decisions that are unchanging. In opposition to that, a goal can be altered and adjusted as needed to fit a person's desire or ambition. So by us taking the time each and every year to resolve to do, or not to do, certain things we are ultimately setting ourselves up for failure.

Another important thing to mention about setting goals for the year as opposed to making resolutions is that goals can be really broad while still having smaller goals you can accomplish that lead up to a bigger goal. While it is true that not all goals can be accomplished, for example, this year saying my goal is to make it to Mars is not a logical goal, goals are less likely to lead to failure if they are practical because you have mini-milestones along the way.

This year I wanted to actually feel like I was accomplishing something and bettering myself all year round, not just January 1 through January 10. So my goals for this year are as follows: I want to eat healthier and lose weight, I want to read more, and I want to show more love to others around me. Now I'm well aware that my goals for this year look a lot like the resolutions that the majority of people make every single year.

The difference between my goals and their resolutions is that I understand that my goals may not always be achieved to the extent that I want them to, but I can set up smaller goals in between larger goals so that I can see the progress. Self-improvement is all about progress, and resolutions sometimes hinder you from seeing the progress because you are stuck in a declared outcome whereas with a goal you can give parameters to how you plan to achieve something and when you want to achieve it by.

All in all, I guess what I'm trying to say is that if we ever want to get past resolving to do the same five or six behaviors every year we need to start setting goals for ourselves so that they can be adjusted as need be. Then as the year progresses we are more than likely to see a true difference in our behaviors and our mindsets.