A Glimpse Of Christmas Past: An Interview With My Grandparents
Odyssey

A Glimpse Of Christmas Past: An Interview With My Grandparents

They told me about what Christmas was like for them growing up, and it's very different than what it is today. 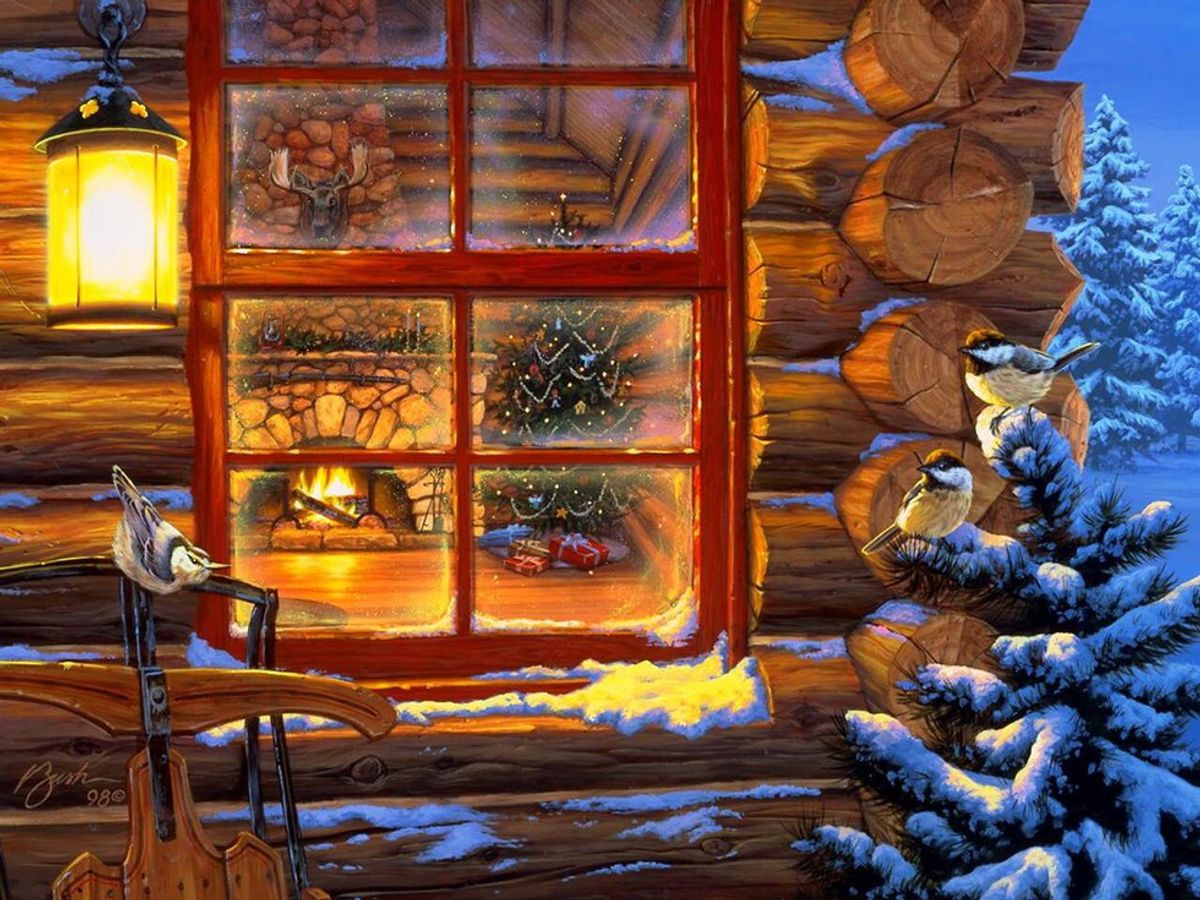 The Christmas season is a time of the year that people often hold special to their heart. While some traditions and the spirit of Christmas has stayed the same over time, overall Christmas has changed a lot throughout the years. I had the pleasure of interviewing my grandparents about what Christmas was like for them when they were growing up. I learned a lot about their childhoods in general, and just how much Christmas has changed.

Even though they're about the same age and grew up fairly close to each other, my grandparents came from very different backgrounds, and had very different Christmas'. My paternal grandmother, Mary (M), grew up with one sister on a dairy farm. She lived in the country and attended a very small country school, with only four children in her grade. My paternal grandfather, Neal (N), on the other hand grew up with six siblings, and was raised by his mother because his father had died four moths before he was born. He grew up in a small town, and still lives there today.

Q: Did you receive a memorable gift when you were a kid?

M: She received a record player. She would listen to country music, then jazz and show tunes from Broadway musicals. She really loved getting books too.

N: He received a sled when he was about seven or eight years old, and it was a surprise. There were lots of hills near his house to sled down. In his family, every child would get one gift each Christmas.

Q: What was a popular gift that most children wanted when you were growing up?

M: There was no popular gift that everyone wanted growing up. "Most girls would want dolls and boys wanted trucks. Back then, you were lucky to get one or two toys or anything... we would get a jump rope or something simple like that. We didn't get big toys like kids have today."

N: Clothing items like socks, shirts, and sweatshirts were popular, especially in his family because money was tight for them. They were more likely to get clothes as gifts than toys.

Q: Did you have a favorite Christmas memory?

M: She always enjoyed lighting the Christmas tree. Her family would always open the presents on Christmas Eve, because her father delivered dairy products early in the morning from his farm, and he would make it back home late in the morning. Every Christmas, she also would go have the Christmas dinner at her grandfather's house, and get to spend the day with her cousins who she didn't often see because they did not live nearby.

N: Local clubs (such as the Lion's Club) would invite families over without a father, and give them a Christmas present, such as sleds. He always enjoyed those, and was grateful enough to benefit from their kindness.

Did you have any Christmas traditions growing up?

M: She did not have many traditions outside of dinner with her family, lighting the tree, and opening presents. They would always have a live tree, so they would set it up right before Christmas. They would either buy it, or go to the woods and cut it down. A tree and a wreath were about the only Christmas decorations they would put up, nothing like the lights, etc. you see today.

N: Christmas was always very simple in his family, so he did not really have any special traditions in his family.

Q: Did you believe in Santa as a child?

M: She did believe when she was younger, and she made sure she was very good about two weeks before Christmas when her parents would tell the story of Santa.

N: The older siblings would tell the younger ones that Santa was not real, so they never believed.

Q: Would you have a white Christmas?

M: Usually, yes. They got a lot more snow when she was growing up than we do today. When the creek in the pasture froze over, they would cut out chunks of ice and use it to make ice cream.

N: For the most part, yes. He and his siblings would always sled at a nearby church when there was enough snow, and shared two sleds between all six children.

Q: Did you celebrate Christmas in your school?
M: Yes, they had a Christmas program growing up, and all of the parents would come and watch. They would sing Christmas songs, had a little band, and the teacher would play the piano. At her church, her Sunday school teacher gave the students a copy of the New Testament every year. All of the children would receive a baggie with an orange and hard candy because a man had left the church money to give the children all a Christmas present in his will.

N: Yes, and they would have four or five days off of school.

Q: Did you have a favorite Christmas food growing up?

M: Her favorite food was probably the desserts, especially the cookies. She also really enjoyed her mother's jello salads. They always had a turkey, and she ate most anything.

N: His family always had a Christmas ham, but he didn't really have a favorite food.

This Christmas, why not ask some family members about what Christmas was like for them growing up? You'll learn a lot about your family, and it'll really make you appreciate all of the different holiday traditions you have in your family.