My Netflix binge-watch has led me to some inner ponderings. 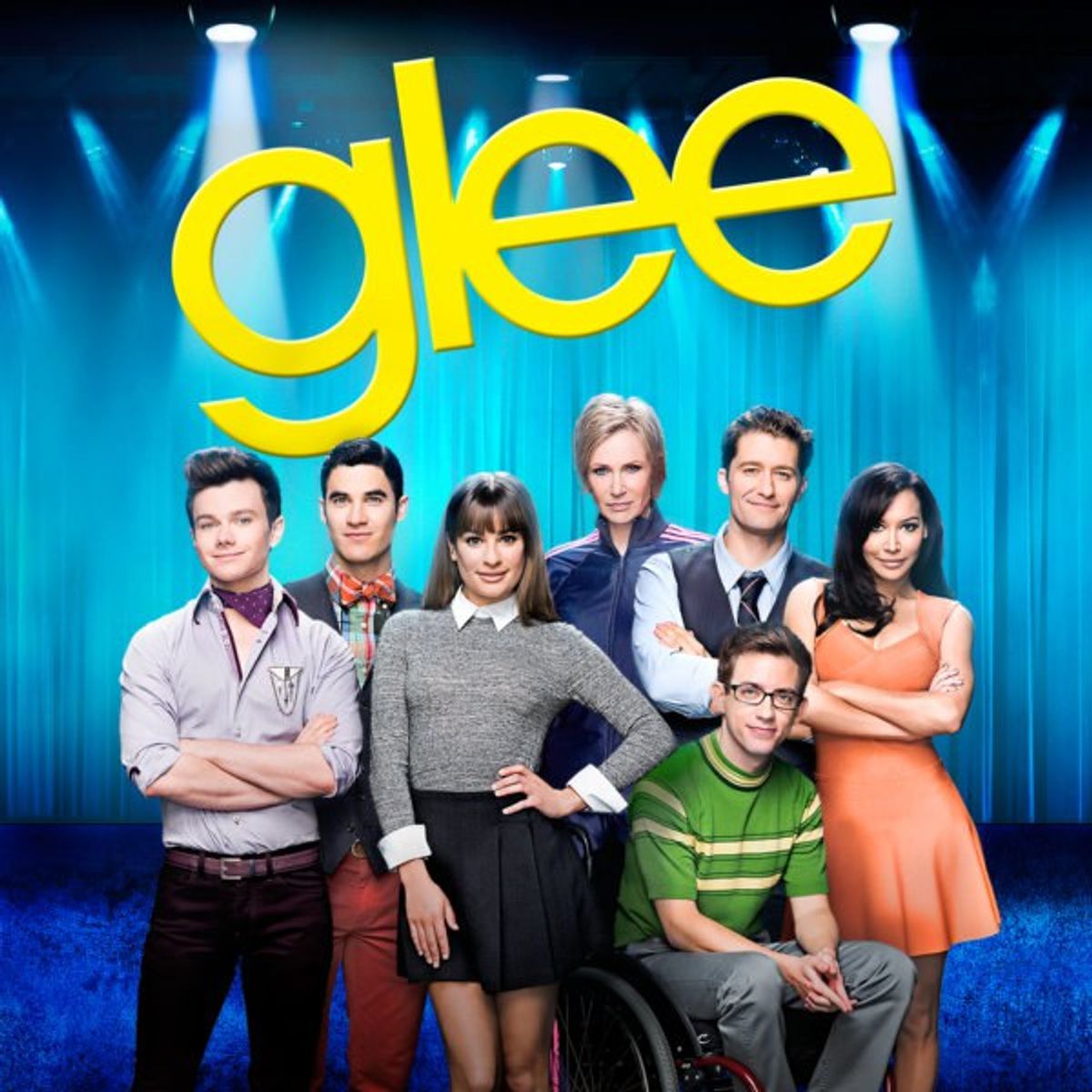 We all have our guilty Netflix binges... mine range from cutthroat documentaries and tragic independent foreign films to sappy chick flicks to my recent binge watch: the series Glee. When I was in eighth grade, I watched the first season as it aired in 2009. As a junior in college, I re-watched the first season in 2016. From the time of my adolescent self to my awkward twenty-somethings, Glee has captivated my attention not so much from the flashy show-biz of high schoolers expressing themselves in song and dance, but rather the underlying implications and themes of the series and its massive (at the time) groundbreaking strides that the show made towards the desire for equality, acceptance, and a genuine exposure to different experiences in order to promote empathy.

While the show accomplishes the aforementioned themes, it does not do so in a manner that slaps the viewer in the face, but rather achieves its motives in a familiar manner that relates to its overall demographic. In other words, the writers of the show tackle giant issues, like acceptance, rejection, bullying, sexuality, race, self-esteem, and the need for empathy in an environment that is familiar to their target audience-- high school. Many of the characters in the show represent a vast differences of experiences within life itself, from physical and emotional handicaps to differences in culture, religion, sexuality, politics, and the likes.

The simple fact of the matter is that Glee transformed the manner in which Millennials relate to each other and their environment by portraying large, life changing issues in a relateable analogical manner. For example, the antagonist of the series, Sue Sylvester, is transmogrified in her cruel, unforgiving demeanor and constant attempts to undermine and expel the notion of the Glee club. However, as the season progresses, the audience is allowed to see Sue's humanizing and redeeming qualities, as she strives to relate to her sister who has trisomy 21, or Down's syndrome, who resides in an assisted living facility, and changes her outlook on the Glee club, attempting to help them win their singing competitions. The brilliant characterization of Sue Sylvester, as written by the show, revealed to millennials that even monsters are human and deserve to be treated and approached accordingly. Perhaps recall that one of the students on the show, Quinn, is pregnant. While she is ridiculed for her pregnancy, the audience develops an amount of empathy with the character that they would not have otherwise developed or even experienced, had they not been exposed to it from the show. Recall that another character on the show, Kurt, is gay. He is constantly faced with bullying (and getting slushied in the face) for an aspect of his nature that he cannot control. Nevertheless, Kurt persists on in embracing who he is, using music as an outlet. Kurt's character compelled millennials to have embrace their truest selves, irregardless of the fact that perhaps some people may not always be supportive.

In my binge-watch of a show that aired almost eight years ago, I was compelled to recall the show that shaped my viewpoints and my concerns regarding the manner in which I desire to see the world operate. It was through the mode of storytelling that the writers of Glee shaped millennials, making many of us lifelong Gleeks.

Caitlin Marie Grimes
University of South Florida
5817
Beyond The States