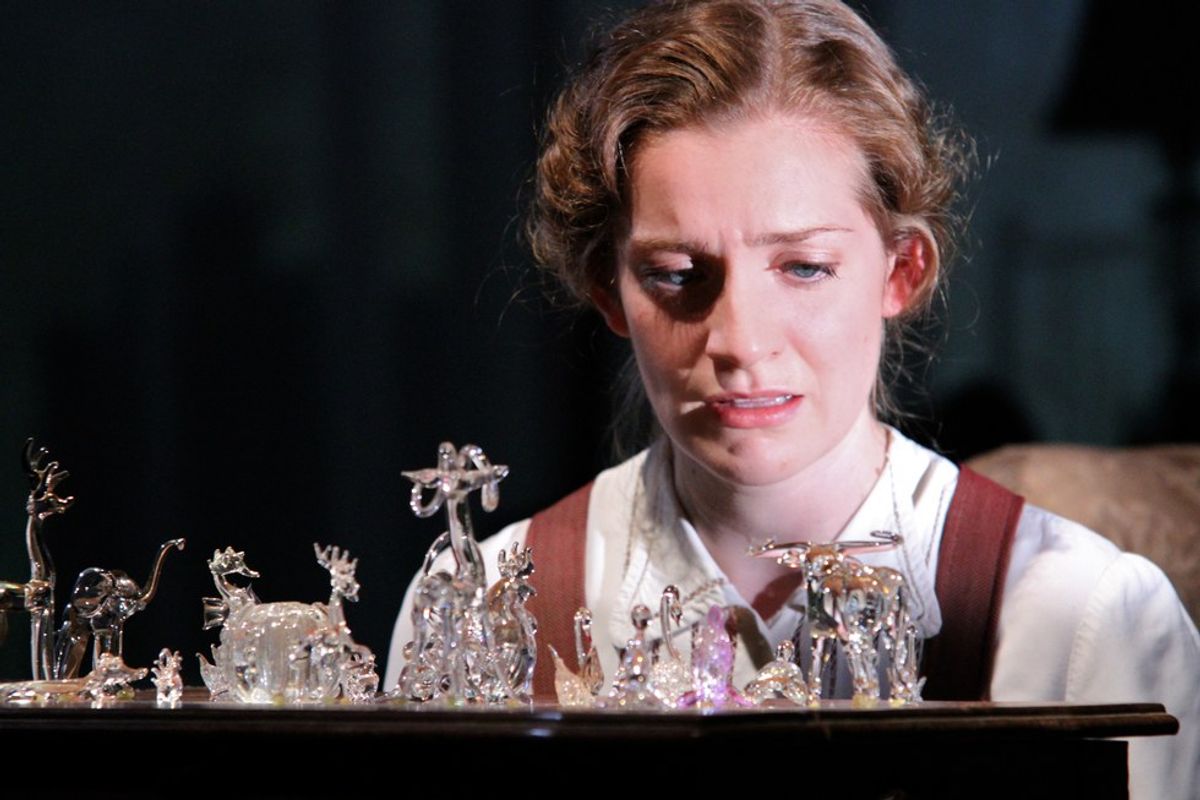 I had the great pleasure of seeing The Glass Menagerie by Tennessee Williams this weekend. It was a phenomenal play, exceptionally well done-- simplistic, poetic, the kind of story that leaves that permeating, inexplicably achy feeling in your chest. What I find most extraordinary, however, is not the richness of the symbols or the philosophical complexity of the characters. It’s not the tumultuous yet realistic dynamic of the family members or the eloquent imagery scripted into each ranting monologue. What I find most extraordinary is Tennessee Williams’ understanding of the future of public speaking, even in the historic 1940’s in which he wrote this play.

Jim O’Connor is one of the four characters of the play. Once a superstar in high school, he is now ordinary at best, with predictable interests and hobbies and an average job. However, his charm stems from his speaking skills-- he is dynamic, able to hold a conversation, and can command attention to himself with his assertiveness.

Tennessee Williams fortold one of the most valued skills in both the social space and the workplace of this era. This isn’t all too surprising: public speaking, upon closer examination, is an undeniable necessity in this increasingly dynamic world. The communication of ideas is what our society is forged on. I think most would argue that academic geniuses aren’t much better than any other person of “average” intellect if they are unable to share and justify their theories or philosophies with a broader demographic. I’ve asked plenty of my friends about how they like their classes and professors, and too many times I’ve heard “Oh, it’s kind of hard because my professor’s a genius. He obviously knows what he’s doing but I can’t follow him at all” or “She doesn’t know how to explain anything; she just does it.” I find this to be quite a tragedy.

The more interview prep sessions and internship/job workshops I go to, the more I realize that company representatives continually emphasize experience and leadership over grades. I suspect that this is largely a gauge of your ability to work well in teams, collaborate, and successfully execute proposals.

The nice thing about this new-found emphasis is that your ability to publicly speak does not depend on that one week you were sick and had to struggle through finals, or when your final prototype just didn’t work that one trial where the professor was watching. It can be developed though making an effort to talk with more strangers (you might find some new friends, while you’re at it!) or when you join new clubs and extracurriculars and find yourself passionate and willing to talk about a topic. It can be refined, amazingly, by being relaxed even when in an interview or meeting, and it can be polished with repeated practice. All sorts of communication feed into one’s ability to publicly speak, whether it be reading or writing or chatting or presenting. Tennessee Williams’ recognition of the importance of this skill in historic times is both admirable and fortelling of the magnitude in which public speaking will continue to grow.