For All The Guys I've Written Articles About, This One's For You
Odyssey
CurrentlySwoonLifestyleHealth & WellnessStudent LifeContent InspirationEntertainmentPolitics and ActivismSportsAdulting
About usAdvertiseTermsPrivacyDMCAContact us
® 2023 ODYSSEY
Welcome back
Sign in to comment to your favorite stories, participate in your community and interact with your friends
or
LOG IN WITH FACEBOOK
No account? Create one
Start writing a post
Relationships

For All The Guys I've Written Articles About, This One's For You

I want you to know that my intention was not to hurt you, but rather to show you that you can’t just go around messing with people’s hearts like that. 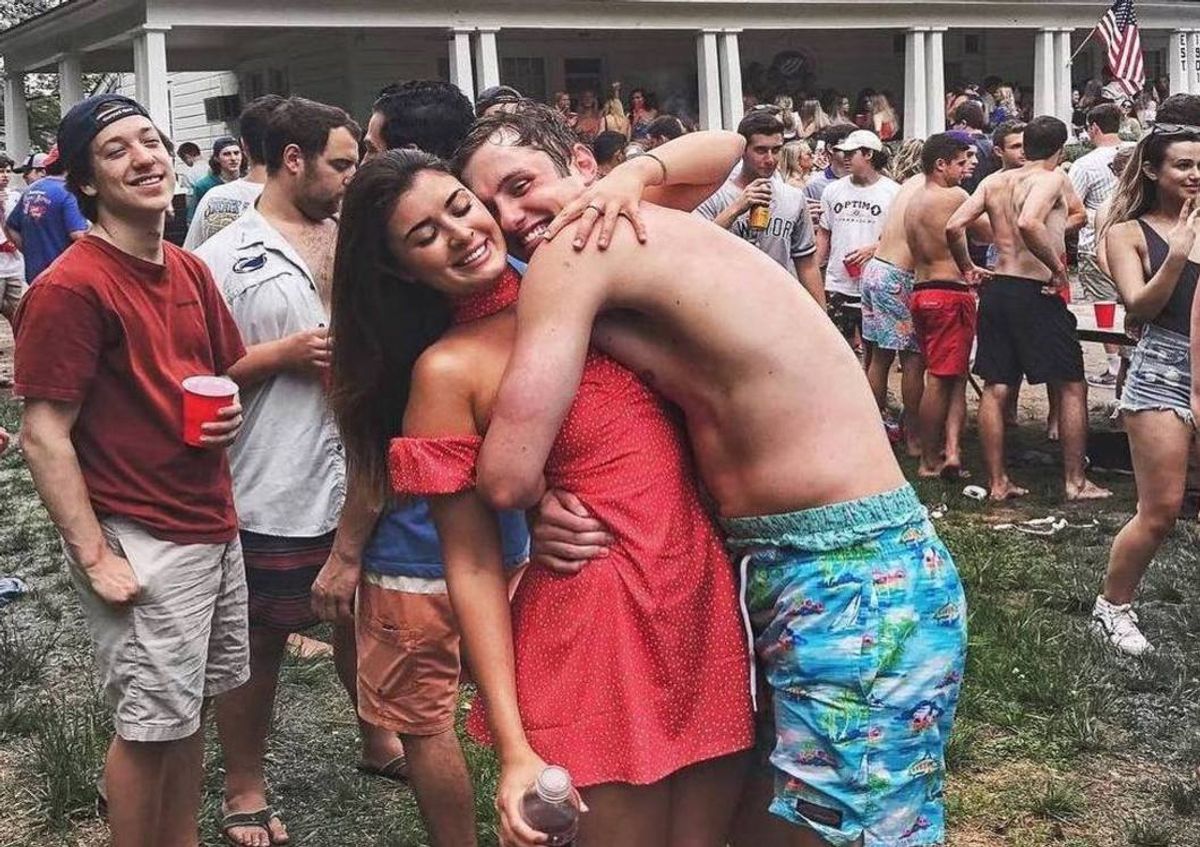 If you’ve read any of my articles before, then there’s a good chance the thought of me being a relationship guru has crossed your mind.

I’ve even been dubbed the ‘Taylor Swift’ of Odyssey articles, and while this seemed badass at first, that’s not who I want to be anymore.


Sure, writing articles exposing the things guys have done to you and your friends sounds about as messy as the pizza Julia Roberts ate at L’Antica Pizzeria Da Michele in ‘Eat Pray Love,’ but I chose to do it anyway. Every time I wrote one of these so-called pieces, I knew there was a possibility the guy might read it, but I ignored the initial fear and published it anyway.

And I just kept on doing it.

Granted, I never name-dropped any of these guys, and the reason I wrote these articles was because I didn’t want the same thing that had happened to me to happen to another girl. Of course, there was also that feeling of sweet revenge, but it’s only normal when your heart has been messed with so many times.

Another thing you have to understand is the pressure I was under.

When your articles go viral, suddenly everyone at Odyssey knows who you are, and you feel like your next article has to be better than the last one. This wasn’t always a bad thing, I certainly put out some great pieces and my editors were nothing but supportive, but at the same time, there were some weeks where my heart just wasn’t 100% into it.

I knew I had to put out great content, and for the sake of this, I remember when I took one particular experience and turned it into a piece that left my friends in shock. The article was inspired by a series of events at a party one night, and I decided to exaggerate some of the things that had happened, mostly because I thought it’d be hilarious. I can solemnly say that my intentions were not to hurt anyone, but rather to close the chapter on a love story I just knew was never going to happen.

If you choose to put any of your personal life out there online, just be prepared for the consequences.

I’ve been confronted by guys within 24 hours of an article being published, and for that, all I can say is ladies, stand your ground and don’t let anyone walk all over you. You know exactly why you wrote that article and you shouldn’t have to explain yourself for it.

Keeping that in mind, I will also say that you should never publish something that you don’t feel comfortable sharing.

When experiences are fresh in your mind, it is tempting to put that person on full blast and share everything. I don’t regret publishing any of my articles because they were like therapy for me, and I learned a lot about myself in the process, but just remember it’s completely your choice.

I learned about what I wanted and what I didn’t want out of love. I spent so much of my college career worrying about guys that didn’t even matter and that just isn’t the type of woman I am anymore. I’m done looking for love, as I’ve been told you’ll always find it when you’re least expecting it.

For all the guys I’ve written articles about, I want you to know that my intention was not to hurt you, but rather to show you that you can’t just go around messing with people’s hearts like that.

From the bottom of my heart, I hope you find someone who speaks your language so you don’t have to spend a lifetime translating your spirit. I never understood your language, anyway.