The Girl on the Train
Odyssey

The Girl on the Train 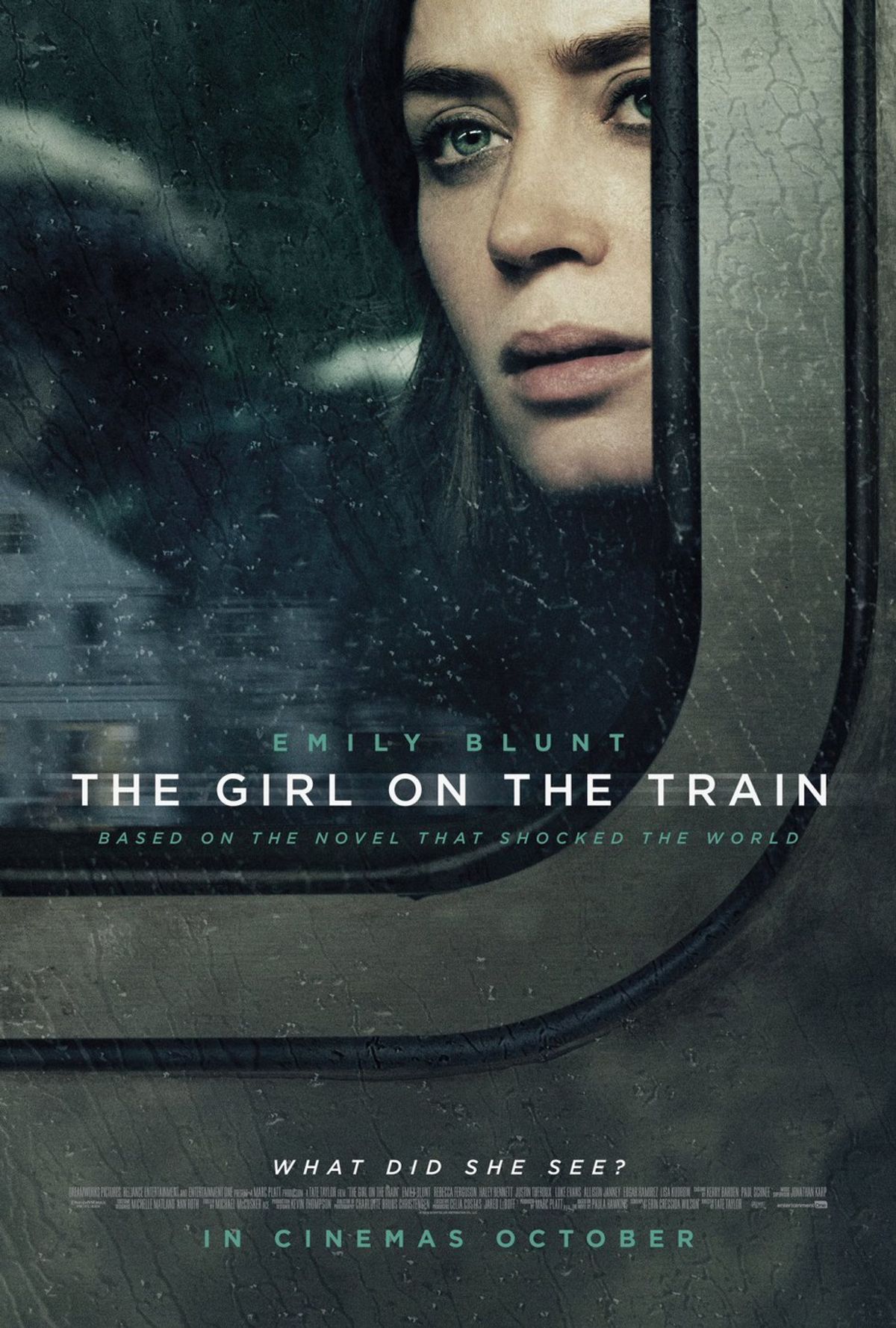 The Girl on the Train is an intriguing and well-made mystery thriller that left me a little unsatisfied. I liked what I saw on screen (especially the performances by the talented cast) and it is enough for me to recommend it to viewers, but I believe it somehow could have been better with a more focused and straightforward script.

Based on Paula Hawkins’s bestseller of the same name, the plot seems quite common at first and then sneaks up on you with surprises. Rachel Watson (Emily Blunt) is a pathetic alcoholic who got dumped recently by her unfaithful husband, Tom (a fiercely scary Justin Thoreaux). She spends her days riding the train devastated and drunk (she fills a water bottle with vodka); fantasizing on what she believes is the perfect couple living in a house that the train passes by every day. One day, drunk and depressed, she sees something unusual happen in the house that causes her to be obsessed in finding out what she believes she saw. If that wasn’t enough, Meghan (the girl Tom was having an affair with) is found bloody and beaten to death in the woods. Did Emily kill her in a drunken rage? Could it have been the suspicious shrink Meghan was seeing and secretly having an affair with (Edgar Ramírez)? The film left me wondering all the way for the surprises to come, but too much unnecessary scenes that could have been edited got me a little irritated.

The best thing about this dark film is the acting, starting with a tour de force by Emily Blunt. Blunt has shown she is an actress with a talent for showing the deep, scarring emotions in characters (such as in last year’s Sicario). Her performance here is Oscar worthy. Rachel is seen blacking out and waking up bloody the next morning from her bing-drinking tendencies. During her booze-fuelled hours, she lashes out at anyone she encounters from people standing up to her (at one point she is almost mugged in a dark tunnel) to folks just having a peaceful drink. Blunt finds the horror in alcohol addiction while also showing the desperation Rachel needs to fulfill questions of her own that may reveal secrets relating to her past. Thoreaux is equally good in playing a man showing equal charm and menace, as is Allison Janney playing a local detective investigating Meghan’s death. Her scenes alongside Blunt are proof these are two of the most underrated and finest actresses working today.

This is a film with a non-narrative storyline, which is never an easy task to accomplish successfully. I have no qualms with this at all (Quentin Tarantino is a master in writing non-linear storylines, such as in his magnum opus Pulp Fiction). However, this can be a tricky route for screenwriters since it can be easy for audiences to lose track of plot points and could also test their patience by having to puzzle things together. This is a film with great dialogue and direction, but also one in which the script could use a little more rewriting. I would argue that the first half shows too much background story for each character, but the second half offers a satisfying payoff. It isn’t a film that will leave viewers bored, at least I wasn’t. Quite the contrary: The Girl on the Train offers solid entertainment for an adult audience.