To The Girl Who Says She Doesn’t Need Feminism
Odyssey

To The Girl Who Says She Doesn’t Need Feminism

You raise your white picket fence and I’ll raise my right to equality. 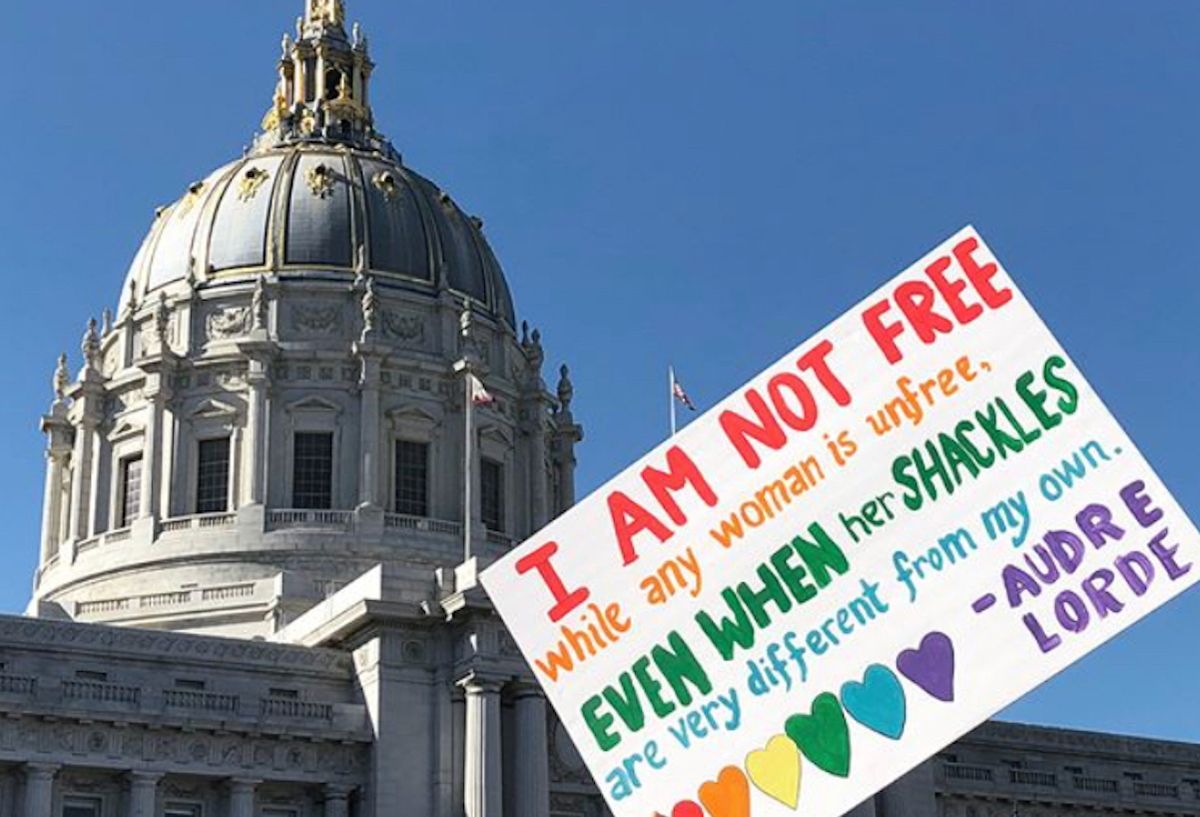 With every feminist empowering women’s march comes the uproar of women who claim that “they don’t need feminism” because of X, Y, and Z. The most general of these claims usually include something along the lines of “women have so many rights now there’s nothing left to protest” or “feminism is justified in third world countries but in places like the US it’s pointless” or my personal favorite “I’m not a feminist because I don’t hate men.”

It was one article, in particular, however, that really got to me. In an article written in October, one girl claims that she doesn’t need feminism since women “don’t need to fight the system anymore” she asks women’s rights protestors to “please stop.” The author claims that modern-day feminism is “insulting to the rest of us girls who are OK with being homemakers, wives, or stay-at-home moms.”

You want to be a stay at home Mom? That’s great. Honestly, it’s probably one of the hardest jobs out there. I was raised by a stay at home Mom. Every day I am grateful and in awe of the sacrifice my mother made for my brother and me. She was my hero growing up. And now that my brother and I are off at college my Mom has decided to go back to work, and ya know what? She’s still my hero.

Her job, or lack thereof, doesn’t change my opinion of her. I look up to her because of the person she is. She is the most hardworking, caring, strongest person I know. Because at the end of the day it’s the person you are, not the career you have, that defines you.

All that said, I personally don’t want to be a stay at home mom, and that’s fine too. You know the best thing about this whole “To stay at home or not to stay at home: that is the question” game? We both have the right to do whatever we want. That’s what feminism is. Feminism is giving women the right to choose.

In your article, you shared your dreams with me so now I feel I should do the same with you. I want to be a doctor. I’m leaning towards neurosurgery right now but who knows. But let’s say I do decide to become a brain surgeon. I will attend four years of medical school, go through 7 years of residency, and then maybe a year of research before I can call myself a fully trained neurosurgeon. I will attend the same amount of schooling as my male counterpart, and yet I will make roughly $92,917 dollars less than him annually.

Don’t you dare tell me pay equality is a problem of the past.

You think you get ostracized for wanting to be a stay at home mom? Think of what it’s like for me wanting to go into the surgical field in which only 19% is female. At the young age of 17 when I told an adult I wanted to go into surgery, I was asked “Are you sure? That takes up so much time. Don’t you want to have kids?” Like the idea of my future husband staying home to watch children was just outlandish.

I’m not alone in my struggle for representation in my field. Women hold 52% of all professional level jobs and yet only 14.6% of executive officers are women, only 34% of physicians are female and only 14% of senior management in silicon valley is female.

You think that God made you to be gentle and caring? That’s great. I believe that God made me to be strong and to be a leader. And you acknowledge that that’s OK. You even promise to support me in my endeavor. But asking me to stop fighting for my rights in the workplace isn’t exactly supportive. Honestly its rather insulting.

Because one day you might have a daughter and she might be like me. She might want to be a surgeon or an engineer or a CEO. And if that happens I hope you have a lot of fun looking her in the eyes and saying “Mommy was too busy rejecting her right to equality to fight for yours.”

Glorie Martinez
445
Why I Write On Odyssey