For Every Girl Who Has Ever Been Called A Tease
Odyssey
CurrentlySwoonLifestyleHealth & WellnessStudent LifeContent InspirationEntertainmentPolitics and ActivismSportsAdulting
About usAdvertiseTermsPrivacyDMCAContact us
® 2023 ODYSSEY
Welcome back
Sign in to comment to your favorite stories, participate in your community and interact with your friends
or
LOG IN WITH FACEBOOK
No account? Create one
Start writing a post
Politics and Activism

For Every Girl Who Has Ever Been Called A Tease

Apparently it's now taboo to make a guy earn anything. 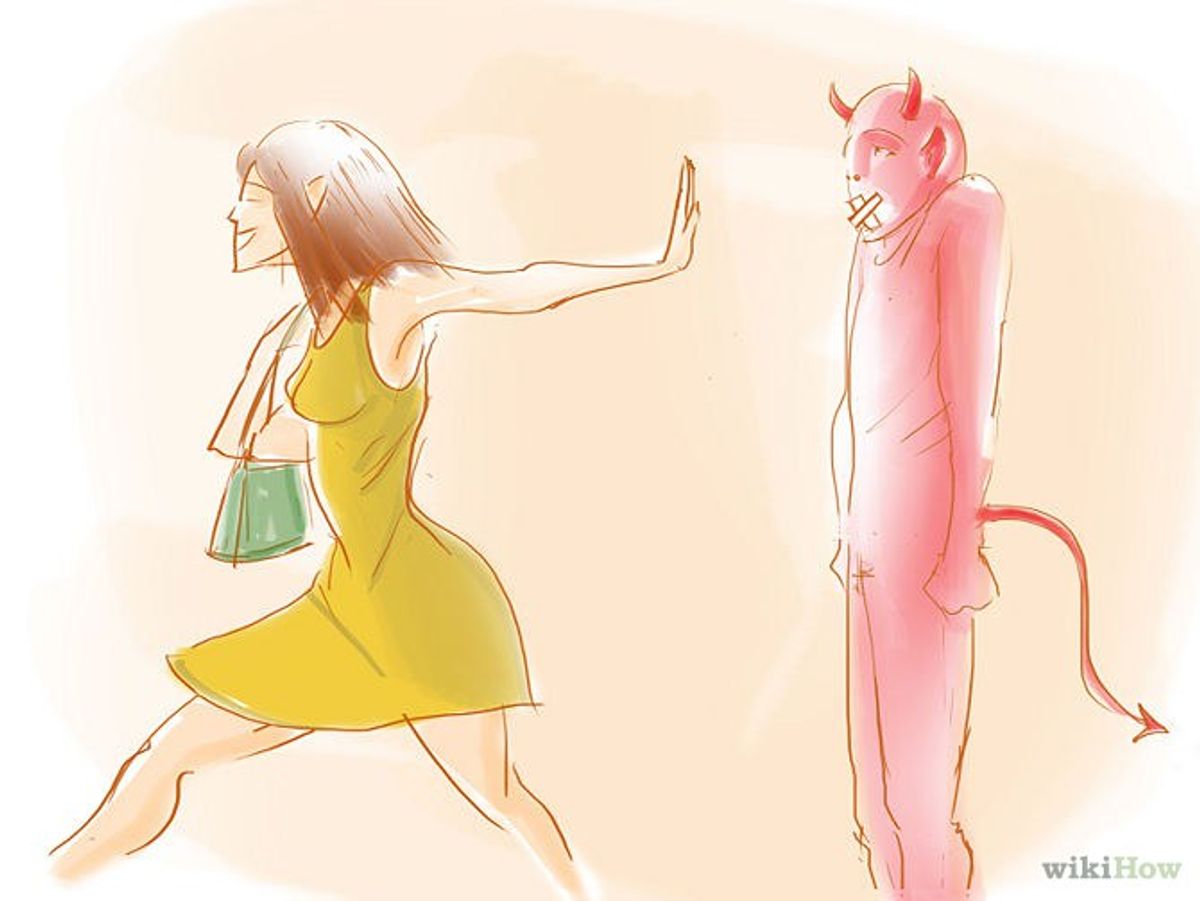 There always have been a large variety of words to describe girls who are known to be a bit more promiscuous; most people can name five or more of these off the top of their heads without hesitation. Given our constant need to have a word to describe every and any characteristic, it would only be fitting in today's society to have a title that applies to girls who are in some ways the opposite, resulting in the title "tease."

So, let's start this off with the simple definition of what a tease is. According to the most reliable of sources (aka urban dictionary) a tease is a girl who makes you think you have a chance, inevitably leaving you unsatisfied and relatively bitter. This can apply to a variety of girls, no matter their number of sexual partners or promiscuity -- there's always the chance a girl can be thrown under this category in the name-calling game.

The first thing wrong with this is simple: Girls are definitely not the only ones partaking in this "leading on" epidemic. It's fair to say that guys partake in this "teasing" behavior just as often as us girls, and they even brag about it. Let's be real, it's far too often we hear guys talking about all the different "side" and "slam pieces" they have in their lives; it's almost as if the number of relationships one can maintain is a game. Breaking hearts and taking names seems to be the trend, jumping from girl to girl until they've reached a level of maturity (or senior year) where they feel it'll be in their best interest to settle down and commit. So why is it so acceptable for a girl to be called a tease while a guy participating in the same behavior is just a "boy being a boy"?

The second issue with this title of a tease is it suggests that if a girl is spending time with a guy, she owes him some sort of prize. Whether it be something sexual or simply wanting her to pamper him, guys have this high expectation set in their head from the second they set plans or spend time with a girl consistently. Here's the spoiler alert for all you boys getting oh so terribly tortured by the teases of the world: No matter how much time you spend with a girl, she doesn't owe you anything! I know this may come as a shock, given some of you act as if your time and attention are more valuable than the most recent Powerball, but sadly that's not the truth. The only way you'll ever be paid for your time is on the clock at work. Girls are not your pets or property, nor are they obligated to present some sort of collateral for your incredibly romantic "Netflix and chill" proposal.

I've also seen far too many occasions where a girl is called a tease because she cancels plans or denies a guy. Sometimes things come up, plans change, and life gets in the way. In addition to all of that, people have the power to change their minds at the drop of the hat, meaning a girl could agree to that movie date or to grab food then pull out last minute because, simply enough, she doesn't have the desire to go anymore. Believe it or not, no longer wanting to participate is a completely valid excuse that doesn't necessarily require an explanation. Don't get me wrong, if you planned this whole story-book dinner date and put in a fair amount of effort, its completely understandable that you would be ticked off, but that doesn't mean you can go around calling this girl a tease because she'd rather bum it on her couch or spend a night with her girlfriends.

A disclaimer to all of this, these words don't apply to the whole male population. There are some good seeds out there, many I've had the pleasure of having in my life as friends or romantic partners, but through the eyes of a girl actively participating in the culture of college life it's fair to say that a decent amount of guys are guilty for this unnecessary labeling. So next time you're thinking about turning and calling that girl a tease, maybe consider the situation, yourself and whether or not you're interested in seeing this girl again because calling a girl a tease is one sure-fire way to get yourself kicked to the curb.

Nicole Marie Nigro
Individual Creator
4190
c1.staticflickr.com
Where to start...... Let me start with the cliche that life throws us curveballs and what we do with it is what counts.