If You Give A Girl A Brother
Odyssey

If You Give A Girl A Brother

She'll tease him till he cries. 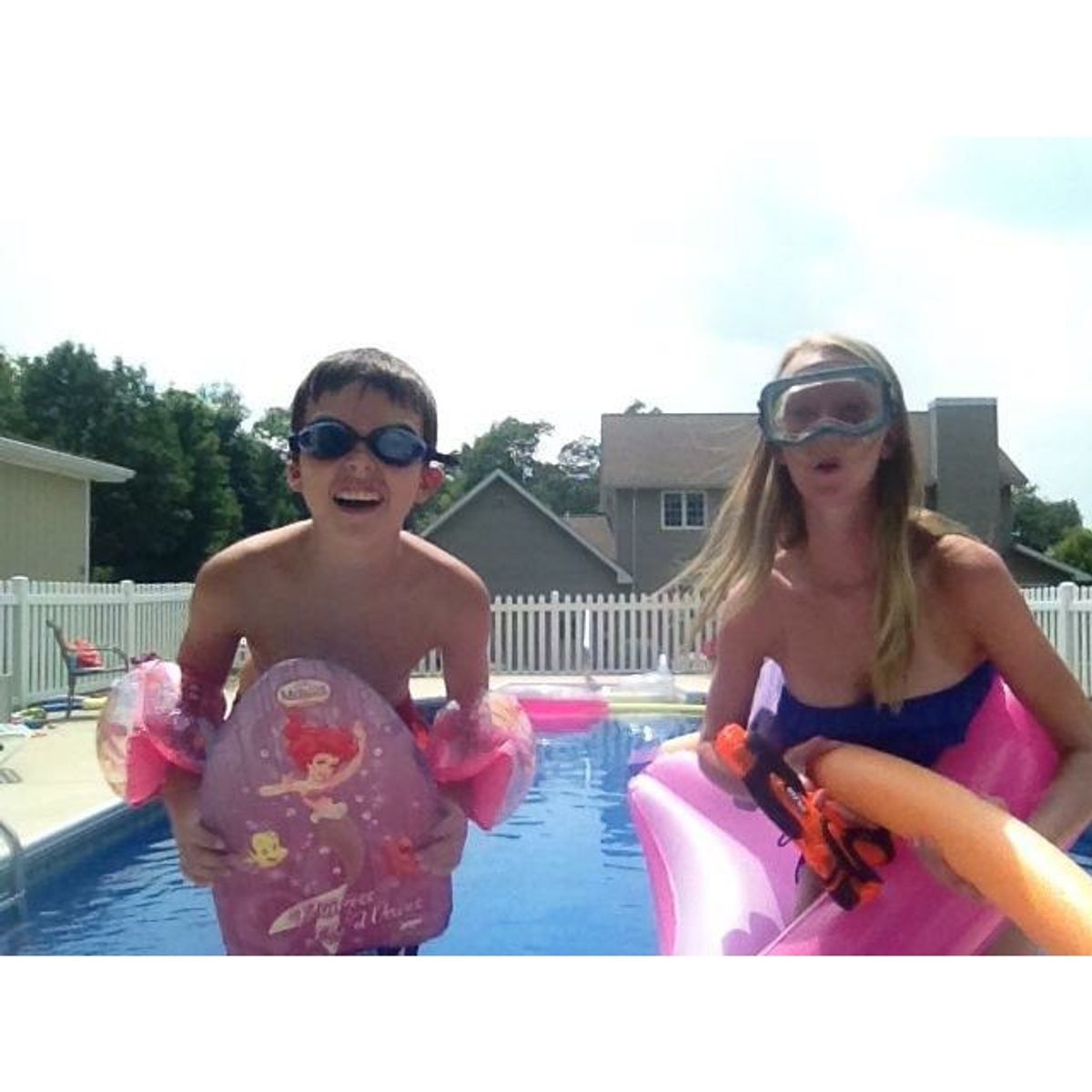 If you give a girl a brother...

1. She'll tease him till he cries.

Whether it's keeping his favorite toy captive on the shelf he can't reach, or beating him to the snack drawer for the last pack of Scooby Snacks just because she can, she'll taunt him. She's not really sure why, maybe she's just trying to toughen up the little guy or maybe because he stole all of mommy's attention the day he arrived, but either way she'll figure out a way.

2. She'll make him her prince.

3. She'll tackle him to the ground, like she runs the place.

He took the remote and won't give it back like she has already demanded and threatened with eating the last piece of cookie cake. What else does she have left to do. It's basically a WWE show down until she ends up on top prying the remote out of his hands... Hannah Montana was just way too important that night to miss.

4. She'll realize she has something special.

One day she'll think to herself, "hey this kid is pretty cool." She'll let him play playstation with her or even let him pick which game if he's lucky. She'll let him push the elevator buttons even though she knows she could've easily got to them first.

He's getting older and so is she. Girl friends have become a thing and childhood friends have turned into massive jerks. She doesn't tolerate it because only she can mess with the little weirdo. A heartbreak leads to a car egged and what jerk face did last summer somehow ended up in the high school drama by the time her wrath is over.

She's not really sure when it happened, it had to be over night. He was to her chin one morning and then the next four inches taller. The remote is rightfully his as far as she's concerned. Because another pin to the ground by her not so little brother, is too pride crushing to accept again.

7. She'll realize he's growing up and so is she.

He knows his stuff, whether it's how to fit in, how to deal with assholes, how to fix a computer, or even how to pass a class she struggled with herself when she was his age. Her respect for him as grown tremendously, he's no longer that immature little twit that world burp in her face.. oh who is she kidding he still totally is.

Whether it's a boyfriend problem, or if mom and dad are being too annoying to stand, she'll go to him. He'll become her midnight McDonald's run buddy, and she'll even let him drive her car home. She'll vent to him about so and so, and he'll pretend like he doesn't really care, but he does.

9. She'll still control the majority of his decisions.

Despite her new reliance on him, she'll still greatly impact his world. She's still "big sister" and will always wear the authority pants. She'll tell him when the girl is acting weird, which parties to avoid, how to get past mom and dad. He still looks up to her, and she'll always appreciate it.

10. She'll come to the understanding that she has a forever best friend.

Glorie Martinez
683
Why I Write On Odyssey