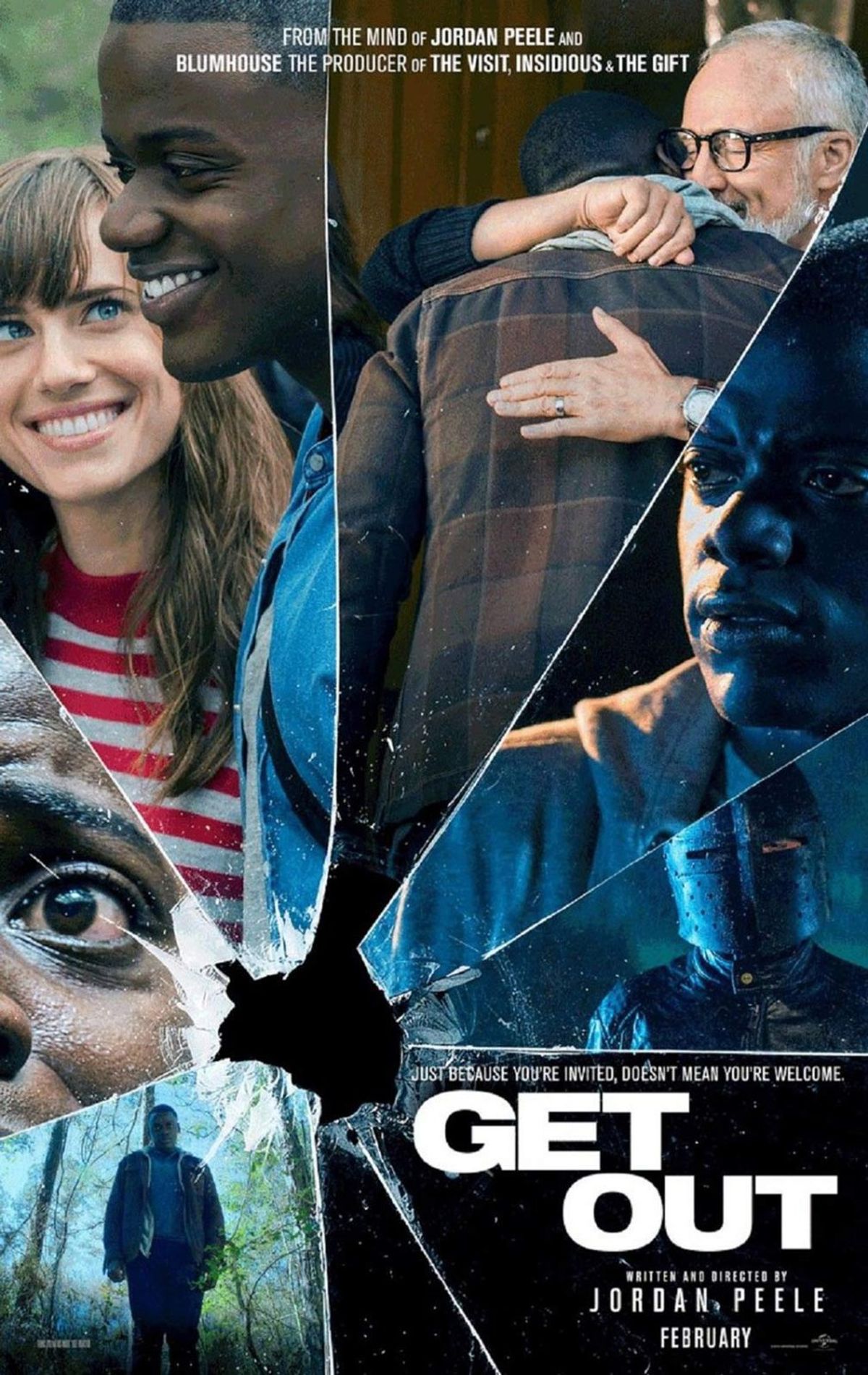 Written and directed by Jordan Peele

Every year or so, around the February-March mark, there is one film that seems to take the world by storm. Last year, it was Deadpool, an R-rated outrageous superhero film with Ryan Reynolds as its star. This year, it’s the psychological thriller/comedy Get Out, written and directed by (get this) Jordan Peele from Comedy Central’s Key & Peele. And this one is no different, as Peele has crafted an intelligent and hilarious gem.

The central story concerns Chris Washington (Daniel Kaluuya), a black man dating a white woman, Rose Armitrage. The interracial couple prepare for a weekend trip to the house of Rose’s parents, even though Chris is worried that Rose has not told her parents yet about Chris being black. Despite this, they proceed with the visit and right from the start, things for Chris are not what they seem. A certain eerie feel submerges our hero, as Chris instantly senses how strange and sketchy things seem at the Armitrage estate. For one thing, the two people who work at the household, Walter the groundskeeper (Marcus Henderson) and Georgina the maid (an unsettling and scary Betty Gabriel), are black and show abnormal behaviors. Rose’s parents, Dean and Missy (Bradley Whitford and Catherine Keener, veteran actors delivering their roles with equal relish and wickedness) are no help in calming Chris’s suspicions as they too seem so strange and yet polite in the strangest manner. Some examples include Dean telling Chris how he “would have voted for Obama for a third term” and asking both Chris and Rose “how long they’re little thang has been going on.”

All the cast members do themselves proud, starting with the talented Daniel Kaluuya in a role that establishes him as a star in the making. He is astonishing, as are LaKeith Stanfield (from FX’s Atlanta) and Lil Rel Howery, the latter stealing every scene he is in and giving a gut-busting hilarious performance. Believe me when some in the viewing I attended cried tears of laughter from Howery’s fast and hysterical dialogue. Most importantly, everyone is committed to bring to life the work of the real star of this film, which is writer/director Jordan Peele. No one could have imagined Peele could have created such a terrific and personal film, bringing modern themes of racism and ignorance with homages to classic films such as masterpieces like Rosemary’s Baby and the original Night of the Living Dead (the latter film also having a black man as a main character).

It is pretty clear how Peele’s screenplay shows racism in an interesting way, which is to portray the white community in this setting as extremely nice and lavish towards Chris up to a point where it becomes unbearable patronizing. “My father ran against Jesse Owens… it must’ve been an honor losing against him,” tells a dreamy Dean to Chris. Some have described this interesting tale as a satire on the so-called “West Dream Liberals”, who are groups devoted to being against racism and yet making it worse than better. These whites aren’t Southern hillbillies such as in a Deliverance scenario or Neo-Nazis fighting for white power. Instead, we get welcoming and polite strangers who are overpraising and in awe of such a race (even though the audience is meant to react uncomfortably when witnessing such actions). Take for example an equally hilarious and disturbing scene, which shows the Arbitrage household hosting a party for a virtually all-white guest attendance. “It is so nice to meet you, Chris!” says one lady in the party, “and, oh my, are you strong! Let me feel your arms...” Of course, she reaches out to feel Chris’s biceps like a freak of nature. Peele has crafted a film that doesn’t merely reject or shun white people, but goes to show how such mannerisms and actions of arrogance can make lives for black people harder and more unpleasant.

This is arguably the best film so far of early 2017. Made with a budget of around $4.5 million, Peele’s work has skyrocketed in box-office earnings to acquire more than $70 million. What we have here is the perfect film to avert us from this year’s Oscar entrees and into what the new year has in store. Peele gives us hope with his electrifying directorial debut, so go out and see Get Out. Prepare for a unique theater experience, and believe me, this is the best way to appreciate a film of this stature.