It Is Time To Stop Protesting Peacefully

It Is Time To Stop Protesting Peacefully

For years, for far too long, there has been peace in the face of a socially and politically sanctioned slaughterhouse that is America, that is the unjust justice system of the United States for the black person. It is incredible that it has taken this long for this country to burn itself down. 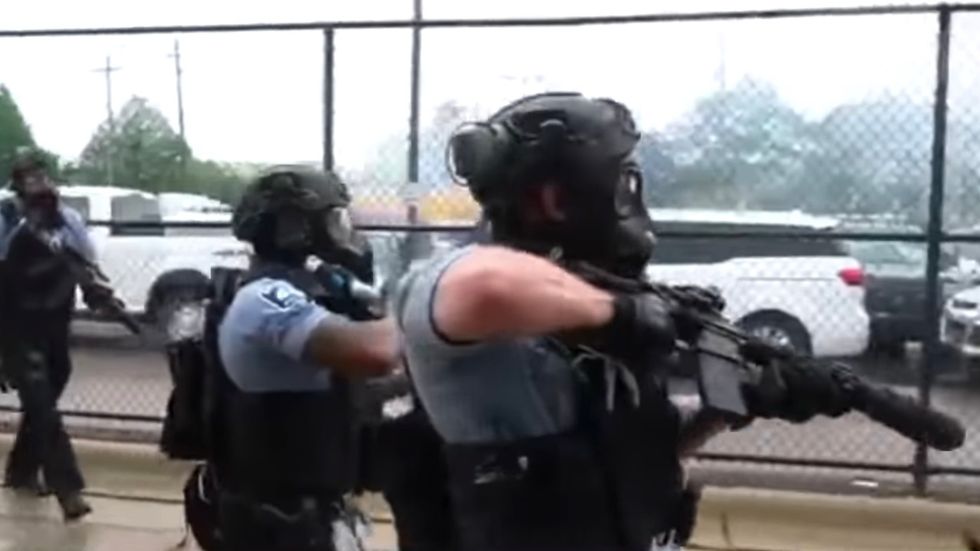 Beethoven's last words were "Friends applaud, the comedy is finished." Humphrey Bogart's last words were "I should have never switched from Scotch to Martinis." Winston Churchill's were "I'm bored with it all." When I read them, I laughed. The average person imagines their last words to be "I love you", "Remember me". Some don't imagine last words at all, musing at themselves in the arms of their partners and children. But that musing is a forlorn imagination to a sick system of oppression, where fourteen percent of the population is morbidly thrust into a reality in which last words are tolerably last gasps, last times buying chewing gum, last jogs. Where last words are begs, pleads, for mercy, for life.

Politicians and media personalities have taken to the screen to discipline people in revolt against a system of murder. Where they say that recent protests are outside the scope of decency and humanity, that looting and starting fires are violent, that rebels are doing injustice to the cause of giving black people the right to live without fear. Where they say, in the under pigmented skin and their skin that American society has deemed a danger and problem, that we must take an approach of peace over animalism, that we must stay home and pray and treat each other with love. Where they tell rioters and protesters to stay calm in their bodies and their hearts, the murderers and protesters hear something different. The murdered, the oppressed, the black people, hear something different. The murderers, pretty white men and women with picket fences and the genes of oppressors coded into their DNA, hear a call to action to keep on killing the populous into silence. The police hear their duty calling, to act as the killing machines they implicitly are. The racists that continue to survive natural selection hear that it is within their power to file false police reports and chase young men down the street and shoot them, beat them to death. Its the civic American duty. The protesters hear that the only solve to fixing this country is to leave it get arrested tgrying to change it, that it is the fault of the dead and protesters that black people continue to die. This isn't mass suicide, Pale Privilege on the Screen, you are killing them. Black people. They hear you value your money and pride over their lives, their lives that have built this country. They hear you cock the gun and point it, their hearts beat faster, their own voices say "I can't breathe." They hear you say that they should be ashamed at their anger for dying. And perhaps, that is exactly who you are, America, perhaps you are this wicked.

After Eric Garner, there were marches and protests. There was peace in rallies of devastation. After Michael Brown in Ferguson, there was trauma and heart break. Protests bound in tears over an 18 year old boy gone. After the shooting of Tamir Rice, 12, protesters took to Cleveland. They marched, they screamed. But they did as they were told, kept the peace. Sandra Bland Troy Robbins. Paterson Brown. Tree Crawford. Michael Lee Marshall. Kevin Matthews. Janet Wilson. Wendell Celestine. Peter Gaines. Kevin Hicks. Mary Truxillo. Demarcus Semer. Philando Castile. Pamela Turner. Breonna Taylor. George Floyd. The list goes on. You ask for peace, rich TV people, but does mass murder feel like peace to you?

In the hundreds of murderers of innocent black people, largely innocent black men. In the incarceration which supplies 40% of the prison system with blood money, protesters have kept the peace. There have been tears that follow outcry. Pits in the stomachs of the oppressed that bleed into the good old American soil which sprouts its crop with the terror-sweat on the foreheads of its people-turned-prey. For years, for far too long, there has been peace in the face of a socially and politically sanctioned slaughterhouse that is America, that is the unjust justice system of the United States for the black person. It is incredible that it has taken this long for this country to burn itself down.

The truth is this. The police are not going to save anybody, and neither will peace. The truth is that murder after murder after murder of blacks, of black children, this is not accidental death. This is genocide. The truth is that the same system that asks for peace is responsible for the unrest. If you, America, want for peace and justice and safety, that is unclear as you teach us that the only way to live is to die under the white thumb or burn the country down trying to survive. Through your killings, your electing of a racist abuser, your telling those against wrongful death to lower their voices, you are telling this country that power is bred in destruction. And if that is your lesson, your practice, then to be equal, to fund equality, what should you deserve or expect than a Malatov cocktail to sip on on your white sandy beaches upon red water.

It is not an championing for violence or destruction, it is not a condoning. But it is also not a regret or a discouragement. Police like to say they kill black people out of fear. But it is abundantly clear that neither 12 year old, a jogger, a kid with a pack of gum, nor a man with his face stapled to the ground with hands cuffed behind his back, can incite fear. You are not afraid, you kill because you can. The time for peace is over. Now, it is time to override this country. It is time for justice. And if that means this country has to burn, steal, scream, and throw bricks, well, America, this is the reckoning you've bred us for.