Humans should not have to fit into societal molds. 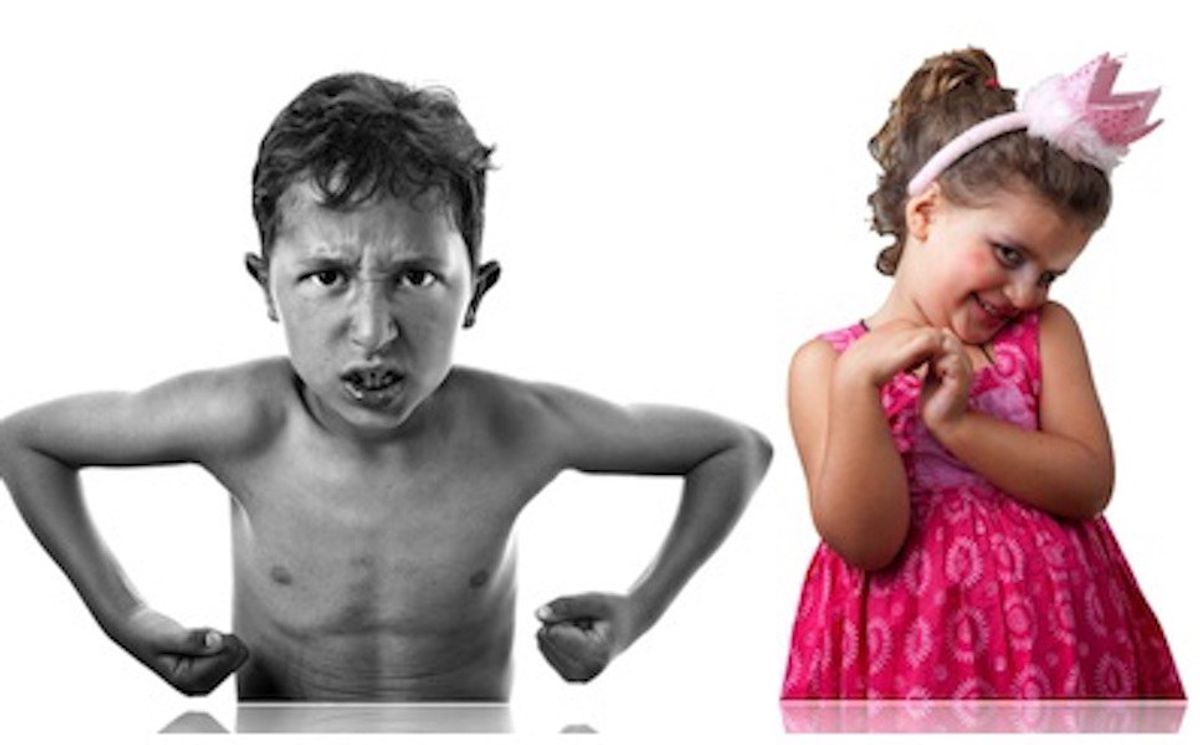 If you have ever considered what “gender” means, you have probably come across the fact that gender is a social concept. It is. Gender, gender roles, and separate spheres were created by people in our society to assign certain traits or certain roles to men and to women. Before I continue, let me define the words that I have just mentioned.

Gender: a social concept that defines what is male and what is female in a non-biological sense

Gender Roles: types of behavior that are socially acceptable for women and men

Separate Spheres: the idea that men dominate the public world (i.e. politics, society, law) and women must stay in the domestic world (i.e. the home)

Whether you are aware of it or not, these ideas have been used to oppress people throughout our world history. For example, although the idea of separate spheres has been around for centuries, antifeminists pushed for stricter separate spheres when women were fighting for their right to vote. Why? Well, if women were assigned to the domestic private sphere and men were assigned to the public sphere, then there would be no need for women to vote. Being assigned to the private sphere meant that women could not cross into the realm of the public sphere of government and politics.

In present day, we see these ideas continue to restrict people. Gender roles are what keep women and men from being equal. For example, men are socially perceived to be “breadwinners,” and therefore receive a 6 percent increase in their salary per child. Women, on the other hand, are seen as liabilities and will receive a 4 percent decrease in their salary per child. Why? Because society views that a woman’s “main priority” is motherhood, not a career.

Gender roles also affect the ability of people to express themselves. It is socially understood that men should not express emotion. Anything from showing affection to crying is seen as “unmanly.” The phrase, “be a man,” is used to encourage men to be strong, tough, and unyielding. In other words, gender roles promote a sense of violence in men--- that men need to be these unemotional, blunt, and physically domineering beings. If men veer from this social understanding, then they are criticizes and made fun of for being… feminine.

That’s right. Gender roles made "being feminine" an insult.

For women, society expects them to be fragile, emotional, and dependent. This social understanding means that women who break these assigned traits are “too manly.” I have heard men complain when some women are muscular. Women who take their career seriously are seen as “bitchy” because they do not go around the office in a constant emotional state and yield to male dominance.

As I write these examples, I think it becomes clear as to why gender is a prison. Gender begs society to ask this question: what is male and what is female? That question alone is the beginning of the oppression. Gender sets us on a straight and narrow path with guard rails to prevent us from jumping the fence and expressing ourselves with the complete freedom that was given to us since birth. I ask you this: why are we asking what is male and what is female? Why don’t we ask what it means to be human?

To be human is to be able to think, to express, to create, to feel, to question, to try, and to be. It means that we can exist exactly as we see fit without being assigned to some list of social requirements that bind us. Society needs to stop pretending that it can gather life and existence into one tiny, controllable ball and prevent it from taking any other form. There is no one way to be human. We’re all making up our existence and expression as we go, and we can change, grow, and reform as many times as we see fit. That is the beauty of being human. I don’t know about you, but I prefer to be human than to be what society says I must be.