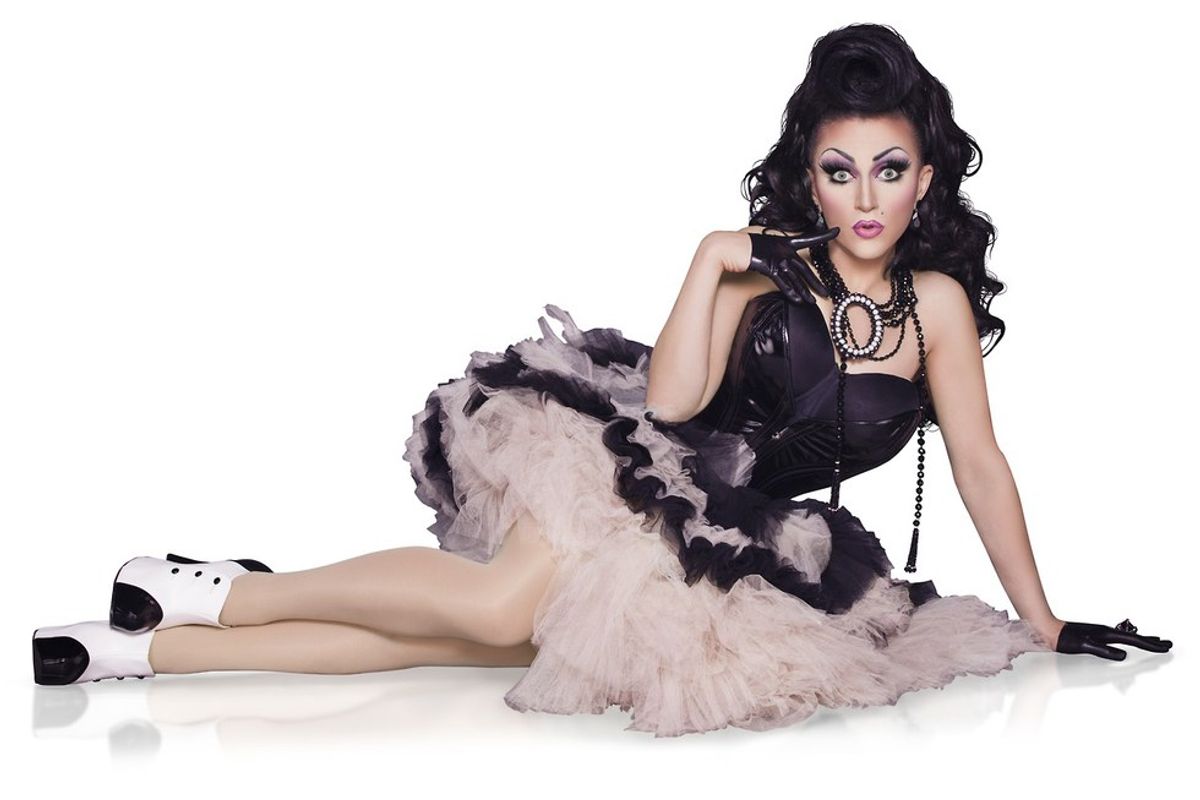 As my little series comes to a close, I am going to do my best at translating, defining, and explaining the fantastic slang and vernacular that the drag and gay community has been gifting the world with. As someone who personally uses a good chunk of this vernacular, I am writing this as a cheat sheet for those who become confused when I start spewing like a queen who is about to slay at the gig. Let’s get started, shall we?

This list was curated with the help of Scruff, Urban Dictionary, H. Max, and this Buzzfeed article.

Butch: masculine appearance and/or behavior as oppose to feminine.

Closeted: a homosexual individual who is not yet ‘out’ or denies their homosexuality.

Beat: usually used as “beating your face” and refers to makeup being applied or your final makeup look. For example, “Her mug is beat for the gods!” translates to “her makeup is absolutely stunning”

Clock: to call out someone’s flaws, to uncover or reveal the truth in a situation or one’s true gender

‘Come Thru’: when you are killing the scene, or when someone has “made it”. For example, when Violet Chachki won Season 7 of Rupaul’s Drag Race, after she was crowned, she yelled “COME THRUUU”

Fish: usually used as an adjective for looking feminine, or like a real woman; to be able to pass as a real, biological woman. Can also be used as a noun as well.

Gagging: Used when something is so fierce, you can’t help but want to gag from the overload of extreme fierceosity.

Gurl: the one word that can mean a variety of things to gay man. The “dude” of the gay world.

Hunty/Henny: the drag communities version of “honey”, used to reference someone else.

‘I can’t breathe’: phrase used when something is so amazing and fabulous that you feel like it took your breath away.

Kiki: a get-together among close friends, usually for tea-spilling, confessions about one-night stands.

Kai-Kai: the act of drag queens having sex with each other, in drag

Read: to tell someone about themselves. Usually out of honestly, can be positive or negative, but usually seems to be negative. For example when “reading” someone “to filth”, you would pick out every flaw about that person and be shady about it. Sometimes it’s used in cat fights, other times it’s used as playful jokes, and other times it is a serious burn. The more creative your read, the better.

Shade: acting in a casual or disrespectful manner towards someone/dissing a friend. One usually “throws” shade, meaning to act shady, fake, or funny around or towards someone else.

Sickening: it refers to when you look at a person and they look so good it makes you sick (but in a good way). Meant completely as an admiration.

Side eye: a facial expression expressing one’s criticism, disapproval, animosity, or scorn of varying levels and intensity towards another person. One person looking at the other out of the corner of their eye(s) with a scowl or a bitch face, as their head is turned in a different direction.

Slay: killed it; succeeded in something amazing.

Snatched: term referring to good looks, fierceness or something good.

Tea: the truth. To “spill the tea” or ask “what’s the tea?” = to confess; to spill the truth. Usually used when asking about the latest gossip or what is going on in someone’s life.

Tucked: when a man tucks his genitals when dressing in drag.

Work/Werk/Werq: a congratulatory declaration of support, praise or approval, for an outstanding achievement in any area of life. For example when you see someone down the street with a bomb ass outfit, you might be compelled to say “YAS gurl, werk!”

These are words and phrases that you will likely hear most often, but this sadly is no grand master list. Like all slang and vernacular, every location differs with their uses of words and phrases. New words pop up and old ones can die out. Rupaul’s Drag Race seems to be a Mecca of ‘mainstream’ drag slang, as most drag queens across the globe seem to watch it or know about it. I hope this list helps you translate the fierceness of the gay and drag community.