"Game Of Thrones" Killed My Faith In Any Fictional Character Surviving

'Game Of Thrones', Or Why I Will Never Watch Series The Same Way Again

A.K.A My dissapointment with endgame 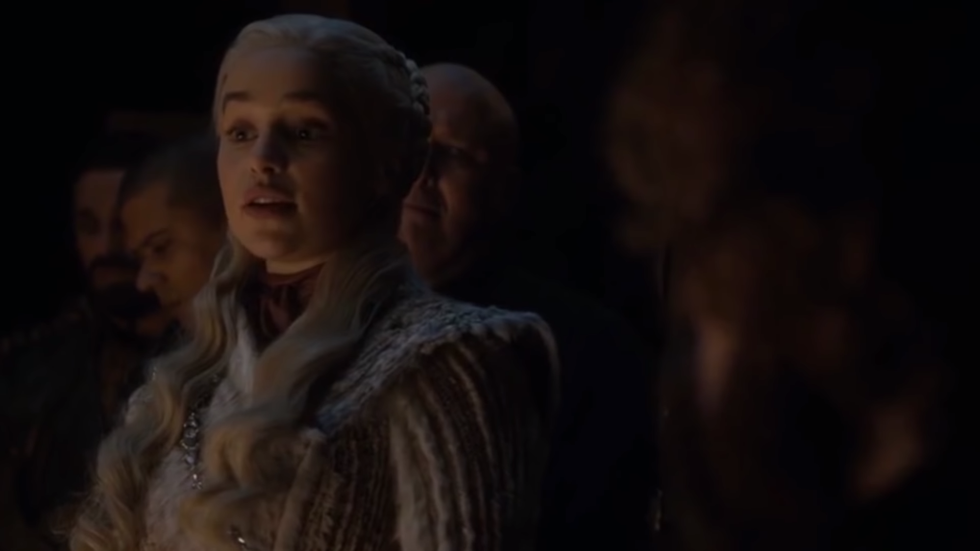 Game of Thrones kills off main characters; everybody knows it. The series is well-known for pulling at your heartstrings by murdering people you grow to love. At least, that's what it promises with its first few seasons.

I recently went to see "Avengers: Endgame" with a couple of friends and came out disappointed.

Although I will not spoil anything from that movie, I will be talking about "Infinity War," and how both movies relate to "Game of Thrones."

So, "Infinity War" spoilers coming up.

The "Infinity War" snap didn't have much effect on me. It's a Marvel movie. Marvel is now owned by Disney. I knew that they would never just let characters go forever from their main series.

As such, I didn't care that half of them died. I knew they were gonna bring them back somehow. "Endgame" gave me some hope, that the deaths in "Infinity War," or possible deaths in that movie, would be given stakes and significance. That, even if the studio wasn't going to somehow revive them, that they would make me feel bad for not caring about the fallen turned to ashes.

It, for the most part, completely and utterly failed on that front.

I believe I've been spoiled. "Game of Thrones" has paved the way in my mind for works of fiction that make you understand that anything within them is possible. That a character that you think will make it till the end can die like an extra in a movie, killed by the inevitability of death, whether it be honorable or unlucky. It taught me that, even for fiction as long-term as a TV series, you don't need undying characters, just very mortal heroes.

I won't spoil the series either, but season 7 and 8 have disappointed me for the most part too. The stakes just don't feel that high anymore.

And don't get me started on Season 8 Episode 3.

The series is one of my favorites because of how it knows to stray from typical television, to offer its viewers with an experience that feels more real than a lot of things in our lives. Sure, we might know that the Starks "don't exist", but we still care for them.

On top of amazing storytelling, every episode makes you feel like anything could happen to any of them. It's a series that reflects life.

I feel like nothing I watch anymore can reflect this on such a level. To make the deaths of characters resonate with me so much, and so consistently too. To make me view every episode with extreme attention, knowing that absolutely anything could go down, right before my eyes. That the lives of characters I spent so much time watching and loving could end, right in front of my eyes.

And "Endgame" certainly confirmed that.

tv movies
Report this Content
This article has not been reviewed by Odyssey HQ and solely reflects the ideas and opinions of the creator.