From Toys To Alcoholic Beverages, Gender Shapes Our Lives
Odyssey

From Toys To Alcoholic Beverages, Gender Shapes Our Lives 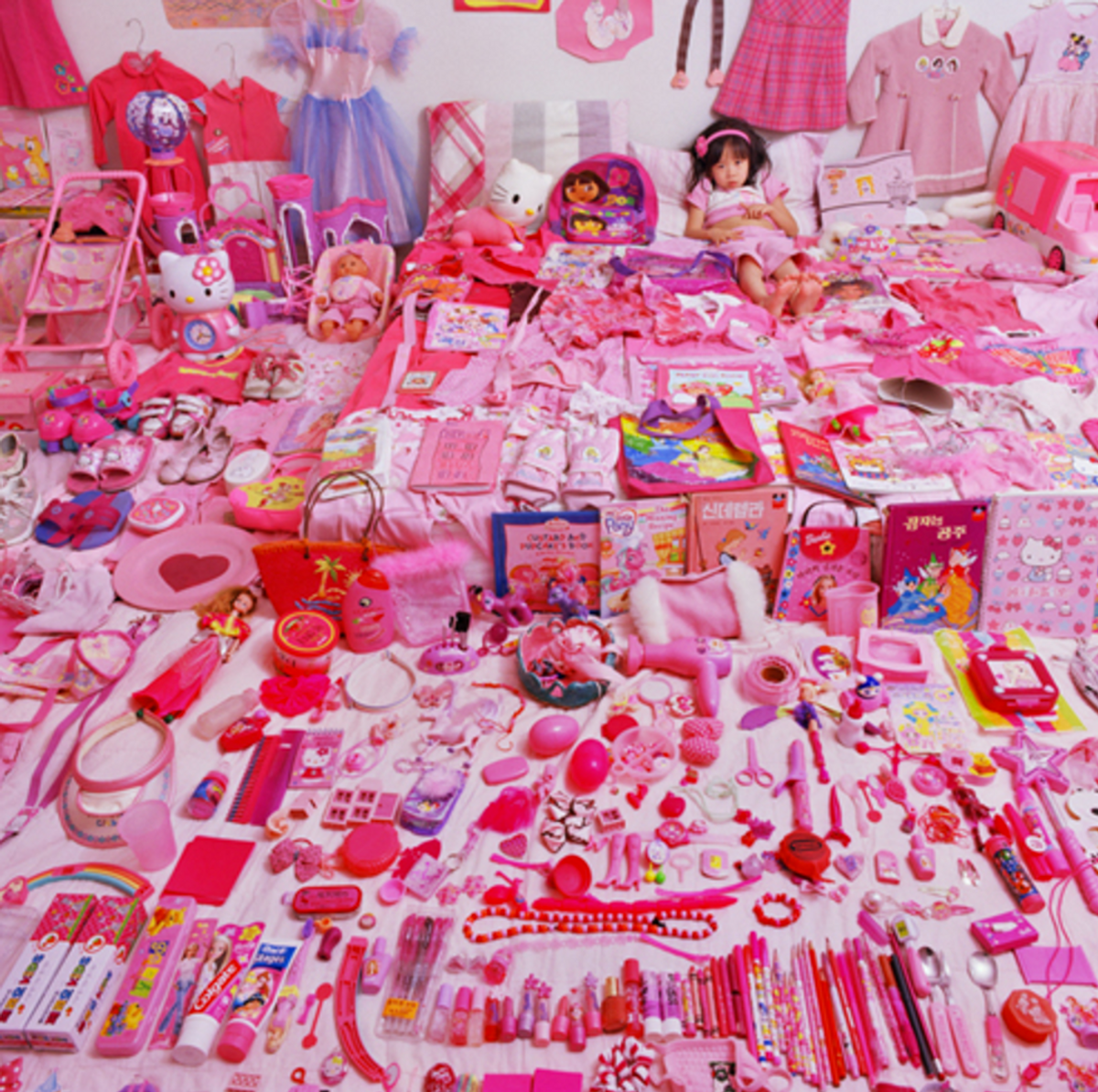 Aguilar started the evening by stating that from birth, boys and girls are treated differently. This separation of treatment influences how we grow and how we act.

“As kids, the way we are treated-an example being the kind of toys that we are given-influences us to form into stereotypical roles of gender,” Aguilar said. “A girl is given toys that resemble household duties, like a toy kitchen or a baby doll. Whereas a boy is given toys of activity, such as Legos, or toy cars.”

To further empathize her point, Aguilar showed pictures from JeongMee Yoon’s “The Pink and Blue Project.” Images compared two rooms cluttered with toys. One room was covered in pink toys with a girl sitting against a wall, and the other image showed a different room covered in blue toys with a boy sitting in the middle of the room. Aguilar then opened the floor to audience discussion, where audience members could share their own opinions on the subject and even ask questions as well.

“As a kid, we talk to girls more. We ask them to share their feelings more,” one audience member said. “Like we ask them: How does that make you feel? Does that hurt? Do you need help? But with boys we teach them to be brave and to ‘man-up.' When they grow up, women tend to share more and have a better vocabulary because that’s what we taught them. Whereas men keep more feelings and emotions to themselves, because they were taught as a kid to do so.”

After some discussion, Aguilar asked the audience to come up with a list of ways little girls and little boys are treated differently. The audience presented a list that included: clothing, toys, sports, how we talk to them, and how a parent polices their activity.

Aguilar then connected her presentation into current society. She mentioned how in society, we gender everything from our drinks, to jobs. She further explained this with the example of how we even base alcohol drinks off of gender.

“Through things like this, we are told that we are different,” Aguilar said. “We are shown that we live in a binary system.”

Aguilar concluded her presentation by commenting on today’s society and suggesting a possible solution to these gender issues. She sees these issues getting better, but also getting worse. She believes that in order to better solve these issues, we need to give kids new and broader messages about gender. We need to model priority behavior and set good examples that acting like a ‘girl’ or a ‘boy’ is okay for anyone.

“Presentations like these help to educate the public and make them more aware of such social implications.” Aguilar said. “It forces people to think differently and open up to new opinions.”

This was Aguilar’s 20th presentation with Oregon Humanities. She has visited many different cities within the state and even gone to numerous local businesses as well, to help further start productive conversation within the public.

“What I like about these presentations is that they help to educate the public and make them more aware of these social implications.” Aguilar said. “It forces people to think differently and open up to new opinions.”

The Oregon Humanities Conversation Project helped to support Aguilar’s visit to the Springfield Public Library. The Oregon Humanities Conversation Project brings facilitators to different cities all over the state to help to share ideas and promote change. To apply to host a facilitator, a local community group can apply on the organization's website: oregonhumanities.org

“My favorite part of these community presentations is the fact that you get to see a wide variety of different experiences,” Audience member and Oregon Humanities subscriber Devan Ashbridge said. “It shows different awareness’s of the public.”