"I wasn't supposed to put beef in the trifle!" 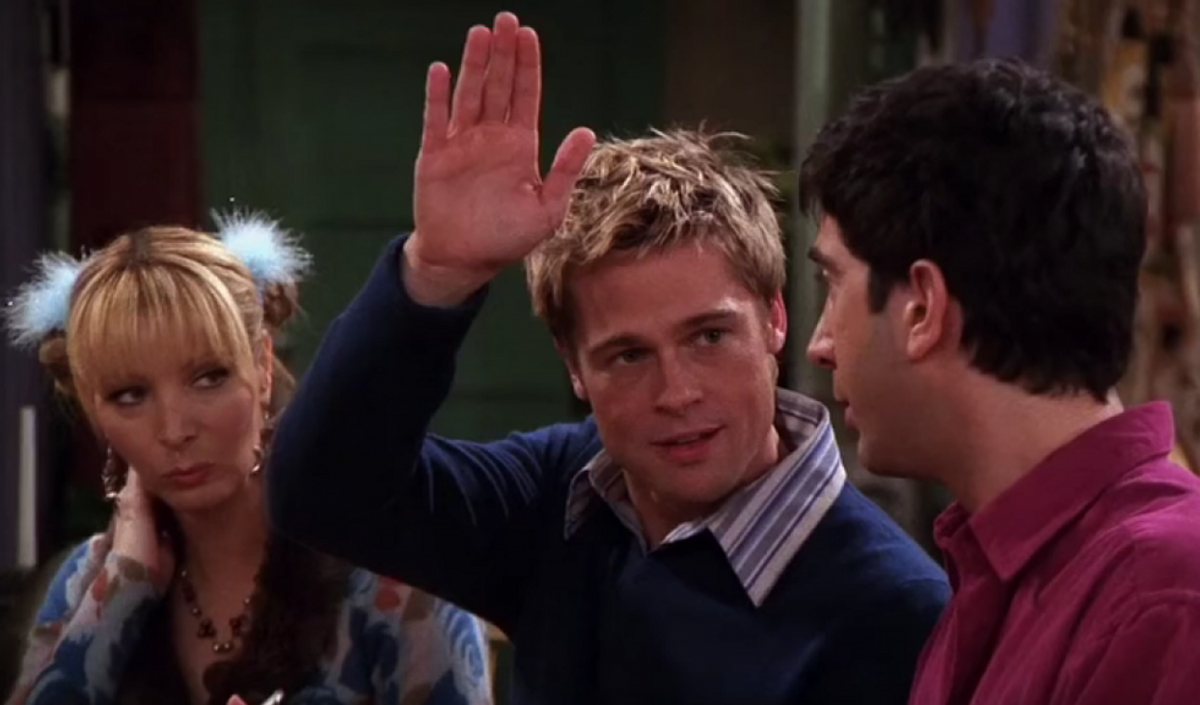 Everyone knows that the best TV episodes are those around the holiday season. We find comfort in knowing that these seemingly joyful times hardly ever go as planned for anyone and that our favorite characters are no exception to the stresses of cooking for large parties, digging up secrets with extended family and old friends, and the drama, disagreements, and burnt food that can ensue. So while you’re waiting for the turkey to cook, or still sitting on the couch in a food coma-induced stupor, not ready to pick teams for flag football just yet, treat yourself to a mini Friends marathon of all their best Thanksgiving mishaps, which I've taken the time to rank for you below. 'Tis the season of Friends, family, and beef trifle.

9. The One With Rachel's Other Sister (Season 9)

This one ranks worst because Rachel's sister is annoying af, and nobody cares about Monica's expensive fine China dinnerware. At least Ross is much cuter than that geeky guy Rachel used to date, her fat friend's brother with the bad afro. Here's to hoping that Emma doesn't inherit Rachel's "real" nose or ever take advice from her Aunt Amy.

Basically, Kathy was the literal worst and Chandler kissed his best friend’s girlfriend, which was pretty messed up. This episode ranks low because when Joey's sad, I'm sad. Then Monica brings "cougar" to a whole new level and it's kinda weird tbh. Fortunately, Chandler didn’t suffocate while sitting inside that crate with nothing but one finger-sized hole to breathe through and his friendship with Joey was saved. I wonder if Monica ever found a new eye doctor.

7. The One Where Underdog Gets Away (Season 1)

Poor Joey. Finding out your picture has been plastered across the city on an STD advertisement is a real turkey day buzzkill. Thankfully (ha), he has Chandler’s cynicism, Phoebe’s lunar second holiday, and Ross’s mashed potatoes with the lumps to get him through the day. When Underdog gets away, these friends shoop, shoop, shoop their way into my heart. Alright, that's enough with the keys. No one says "keys."

Can anyone really name all 50 states? Ross thinks so. Also, #tbt to Rachel's edgy bob hairstyle and sweet, sweet Tag Jones. I like you back too, Tag. Chandler commits the deal-breaker of all deal-breakers when he says he's afraid of dogs because they're needy, jumpy and you can't tell what they're thinking. Tbh, for a second I thought he was describing me.

5. The One With The Late Thanksgiving (Season 10)

I'm really surprised it took this long for Rachel to enter her daughter in a beauty pageant. None of those other toddlers held a candle to Emma's Cabbage Patch cowgirl-inspired look. Someone should coin the term "Chanberries" and start a band called The Floating Heads. It's appropriate that the gang ruins (and then saves) cranberry day on the last one they'll spend together. *sheds single tear*

RIP, Brad & Jen. They could've come up with a more creative name than the "I Hate Rachel Green" club, but mostly I just wish I'd been popular enough in high school to have rumors spread about me by Will, Ross, and the exchange student from Thailand. I'm sure Rachel was still the prettiest hermaphrodite cheerleader from Long Island there ever was.

To summarize: Ross did, in fact, smoke pot in college and steal his father's Playboy magazines; Monica, not a hurricane, broke the porch swing; and Phoebe is in love with Jacques Cousteau. Gotta give props to Rachel, though. She tried. She really did. And even though she accidentally combined two recipes to create an iconic beef trifle combo, her friends still pretended to like it in order to spare her feelings. I can't say I would've done the same.

Oh, how I wish the Gellar Cup were a real thing. This episode featured Monica’s competitive nature at its most borderline-psychotic and Phoebe’s epic milkmaid braid hairstyle. After being picked last and subsequently traded, Rachel finds time to buy a vendor pretzel mid-play and make the winning catch...Can you say, girl power? I’m putting my marshmallows in concentric circles from now on.

1. The One With All The Thanksgiving Flashbacks (Season 5)