Freshmen During The End Of The Universe: A Short Story

Freshmen During The End Of The Universe: A Short Story

It's the end of the world. 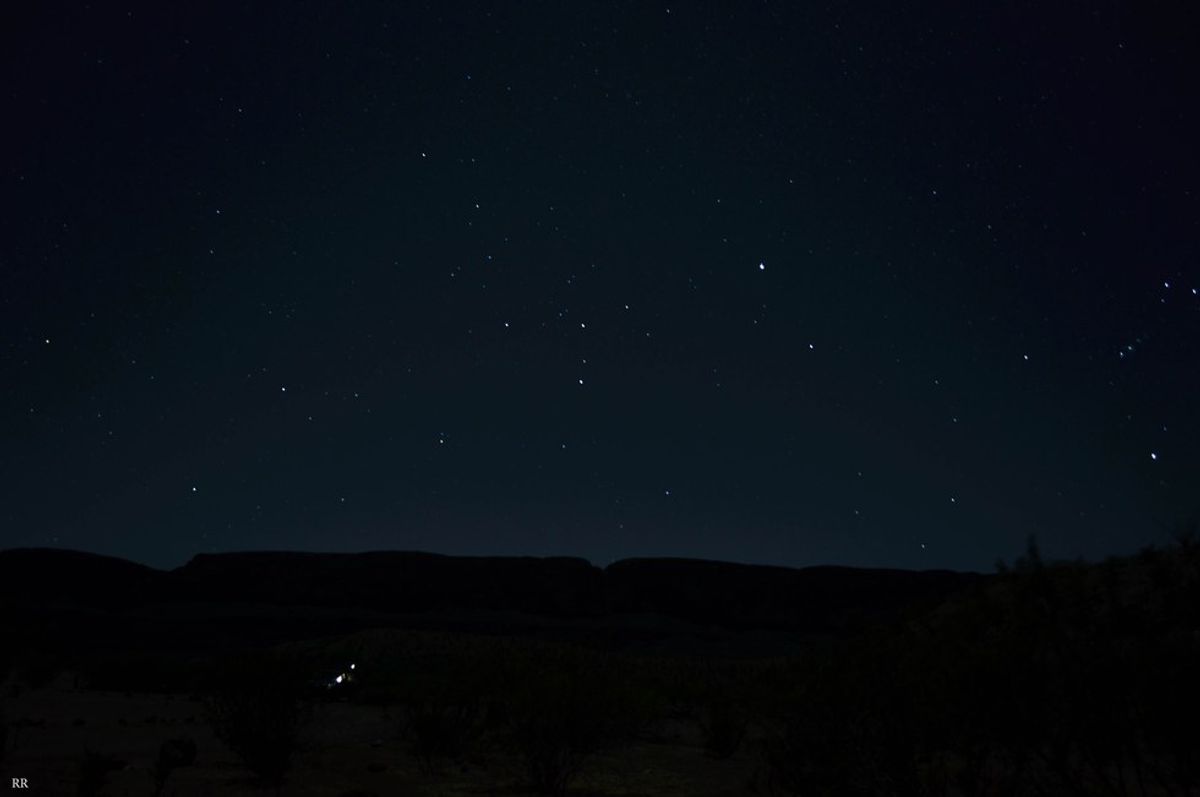 The airlines are down. It’s a fancy school for brainiacs, so everyone is from out-of-state. The dean tells everyone to go home—“The university isn’t your mother,” she says, chin slanted up and very much not quivering—but no one can, so they clump together in the quad and watch the stars go out.

“My mom called me last night,” says a girl with blue hair and a septum piercing, pulling up the grass. “She said she misses me.”

“I haven’t heard from my parents since the drought,” says a boy in basketball shorts, which are racked up around his thighs, baring a distinct tan line just above his knees. “I think—I don’t know.” He sniffles.

“Amelia’s parents sent a private plane,” says another girl, this one with a hoop in her nose, and shaking hands anchored in her lap. “Gonzalez? She’s somewhere in Europe right now. North maybe. Wherever there’s still ice.”

“I was in Sweden for the break,” mumbles someone else of indeterminate gender. “Shit, how did everything just—go? To shit? Like all of a sudden.”

“I’m from Colorado,” says the next boy, an unknotted tie slung around his neck. “I used to ski.” He laughs, low and sour.

“My brother’s a pro-skier! Except. I’m not sure what’s happened to him. Last I heard—”

“Shit, did Andromeda just go out?”

“Um, that happened days ago? It’s Venus just went out a few hours ago.”

“When Mars goes we’ll know it’s over, they say. But we can’t see Mars from here.”

“Does anyone have any alcohol left?” says the boy in basketball shorts abruptly.

“I have margarita mixer in my closet,” offers the girl with the hoop piercing.

“Does anyone have tequila?” he clarifies.

“You’ve only tried it once,” says her friend, prickly.

“You can’t put gin in a margarita.”

Up in the darkening sky, another star blinks out.