No, Free Trade Isn't Hurting Our Economy
Odyssey
CurrentlySwoonLifestyleHealth & WellnessStudent LifeContent InspirationEntertainmentPolitics and ActivismSportsAdulting
About usAdvertiseTermsPrivacyDMCAContact us
® 2023 ODYSSEY
Welcome back
Sign in to comment to your favorite stories, participate in your community and interact with your friends
or
LOG IN WITH FACEBOOK
No account? Create one
Start writing a post
Politics and Activism

No One Really Has It Right on Trade 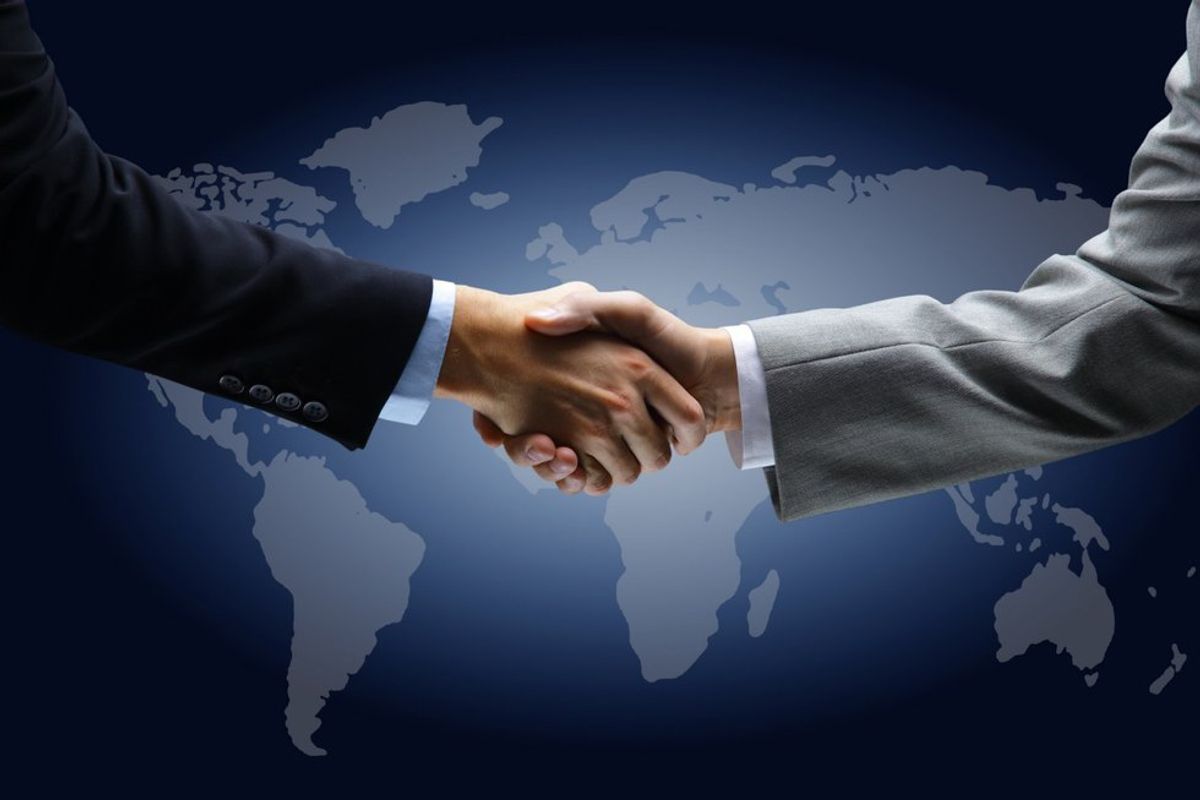 Most people, regardless of party, aren't very happy with their choice of presidential candidate. Watching the debate last Monday, it's easy to see why. Both of our candidates are both unpopular, mistrusted and corrupt. Nowadays, you can barely see the difference between the Democrats and the Republicans, especially on economic issues like trade.

Politicians will tell you (and people will buy it, of course) that trade is hurting our economy, The Evil Foreigners™ are taking away jobs, we have to protect ourselves (aka the most important people group on the globe) from losing jobs or we can produce everything efficiently ourselves.

But free trade isn't as scary as the media and politicians would have you believe. When we trade with other countries, we end up with more goods, but for a lower cost of production. Now Donald Trump wants to raise the tariffs on foreign goods, therefore hurting both consumers and sellers. Defenders of tariffs say they will encourage people to buy more nationally-produced goods, but with the costs of multiple regulations, American businesses are often forced to charge more for their products. Besides, no country has the resources to efficiently produce every thing in existence, so buying and producing only local goods is quite costly.

The other argument is that blue-collar workers will lose their jobs if trade is open. While I can totally see from where this argument is coming from, it's not exactly the case. Sure, some factories may be moving to other countries, but it works both ways-- other factories can also come in here. Also, if we import products which are cheaper, then people have more money to spend on other stuff. Therefore, they create a higher demand for other jobs. Markets are magical in their ability to adjust to people's needs.

Classical liberal theorists also argue free trade takes away the incentive to go to war. Free trade obviously brings an economic incentive not to blow up each other. But some theorists argue free trade promotes a positive social relationship as well. I think saying we can end all wars is a bit naive, but I can see where having open trade would do something to reduce them!

I know many people, they just don't understand the economics of trade or they fear they might lose their job. But another group of people link fear of trade to nationalism and xenophobia. They have a fundamental mistrust of goods produced by foreign workers, subscribing to off-the-wall conspiracy theories that say other nations are trying to sabotage us by taking away jobs. But in all honesty, no such conspiracies exist. Free trade benefits all nations involved, and we have no reason to be scared of other nations just because of unfamiliarity.

Sadly, few people in the 2016 political environment understand the many economic benefits of open trade. But I hope we can get back to the point where we embrace it. As Ronald Reagan said, "We should always remember: protectionism is destructionism.”