Why "Free Education" Is Bad News

Free education would send this economy into a tail spin. 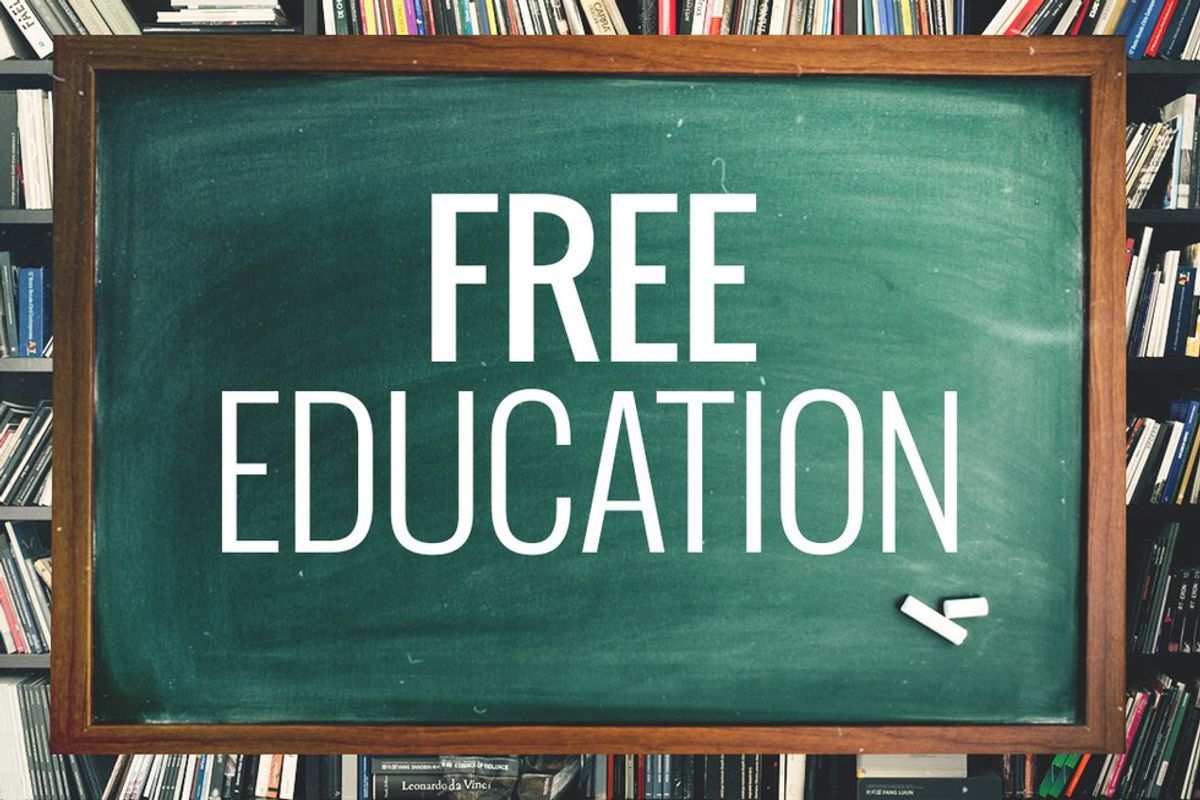 The concept of free education has been around for a while in the United States. Recently, former Democratic Presidential Candidate Bernie Sanders had big plans of implementing his 100 percent free college education system into the United States, but after his loss to Hillary Clinton in the primary's, questions are being asked if Hillary will adopt this free education system into our Country. And yes she will. This article will talk about the economic ramifications of such "free education System" and why it will surly fail or will fail our economy.

What does education level have to do with the economy?

The demand of a higher level education is an important thing to measure in economics. After all, higher educated workers grow our service based economy. As economies progress, jobs evolve. Easy jobs require little education; hard more complex jobs require a lot of education. Jobs progress in that cycle, and the natural balance of economies keep that cycle going.

Since Free Education has been implemented in Finland the Labor Force Participation rate has dropped to 59 percent. That means 41 percent of that nation's able body workers are unemployed or not participating in the workforce at all. Also, Finland’s unemployment rate is almost 10 percent. That means that 31 percent of able body workers are not even actively seeking employment.

And get this, because of their free education, Finland has one of the highest post-secondary education rate in the world (college) at over 66 percent.

If 66 percent of the country’s whole population has a college degree, then why are 41 percent not even working?

When education becomes free and readily available it causes some issues. If an economy is based on one occupation type, i.e. tertiary and quaternary type jobs and not multiple education level jobs it becomes unbalanced. When that happens, job shortages start occurring and even degrees become devalued. like the whole saying goes "if everyone's special, then no one is". If everyone has a degree then what is it worth?

The reason why labor force participation is so low is simple, why would you want to work in a factory with a college degree. People become frustrated that they can’t find a job that they deserve and give up looking.

Fee education creates a youth workforce loaded with degrees who are unwilling to work because they cant find a job that they think they deserve. This is why you see the "more developed countries" failing due to their country's debt because half of their workforce is unwilling to work.

Economies are extremely complex, supply and demand of education is an easy scale to tip. When education becomes free it increases the supply of degrees into the market. That, in turn, decreases the demand When there is less demand for degrees it causes a shortage of jobs, unemployment, and degree devaluation. More or less free education has its pros and cons but for the most part, it’s a bad idea.