They might win in court but Brady wins in our hearts 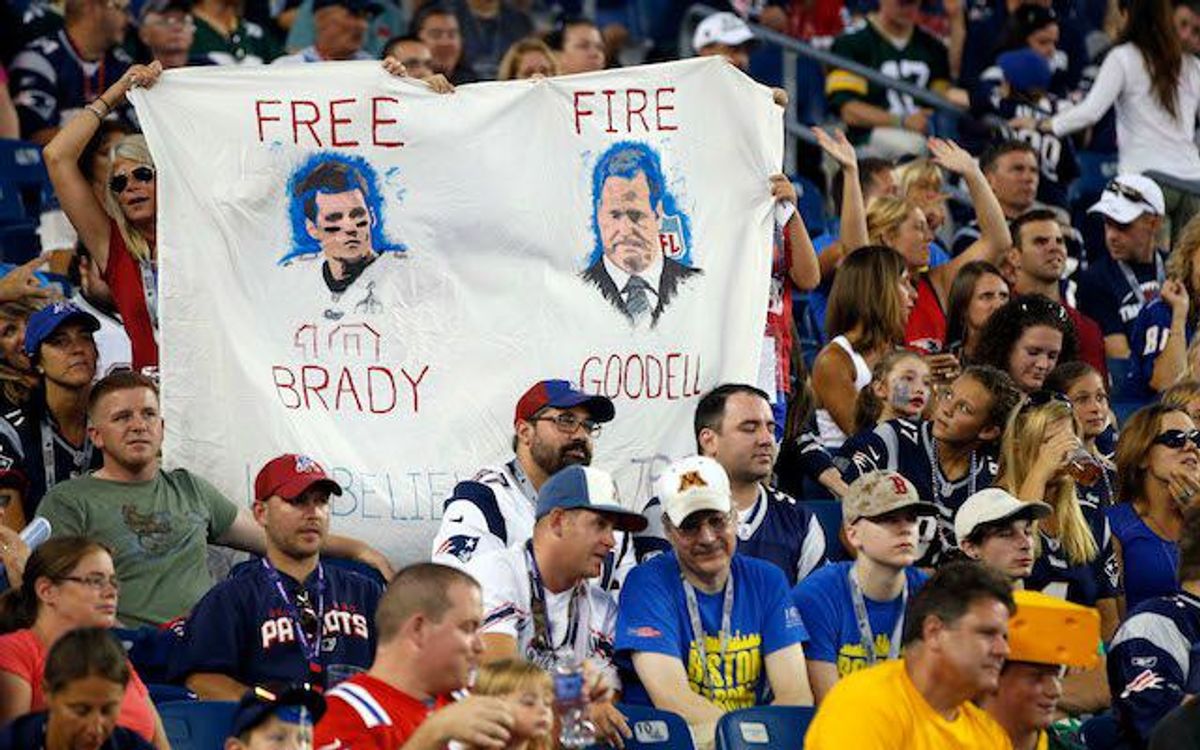 Tom Brady has been making headlines for most of his career. In the past year and a half, though, his appearance in the news has been focused on a negative aspect of his career. This is commonly known as Deflategate. If you're a Pats fan, you'll love what I have to say; if you're not, tough.

Tom Brady plays for the New England Patriots. He is, essentially, a god in New England and especially in Boston. Sports are our religion. You go to a game at Fenway in the summer and you're surrounded by the true people of Boston. That's what makes our city amazing. We have famous accents and are die-hard sports fans. We are strong. We once threw tea into the Boston Harbor in an act of rebellion against Britain. We have a long history of standing up for what we believe in and supporting our own people.

Tom Brady is one of us. You mess with him and you mess with all of us. Ask anyone from Boston what they think of Deflategate and they'll tell you it doesn't matter. Who cares about whether Brady did it or not. We care about a just system and the NFL and Goodell are far from just. A four game suspension and a $1 million fine to the team for under-inflated footballs was unprecedented. That's what we care about. We care about Tom Brady trying to protect his privacy by not turning over his phone. We respect his rights.

When Brady's suspension was handed out, you couldn't walk anywhere in the city of Boston without seeing a vendor selling "Free Brady" shirts. Now that he lost the appeal and the court has reinstated Brady's suspension, there are "Free Brady Again" shirts. I was leaving a Sox game one night, and all of the vendors were standing on their milk crates with flags, shirts, and posters hanging around them while they shouted "Free Brady" or "Goodell sucks."

Basically, my advice to anyone who hates the Pats (which is a lot of people, unfortunately) is to shut up. I don't care that you think Brady is guilty. At this point, that doesn't matter. Just give the guy a break. You're just jealous because he doesn't play for your team. Like I said, Brady is a god. Some might go as far as to call him the second coming of Jesus Christ. You don't mess with a guy like Brady. He has an entire region of the U.S. standing behind him. He has (in my opinion) one of the strongest cities behind him.

In the wise words of David Ortiz, "This is our f**king city" and you really don't want to mess with us. So back off and leave Brady alone. He's one of us.

11 Pieces Of Advice All High School Students Need To Hear