Disappointed, but not surprised 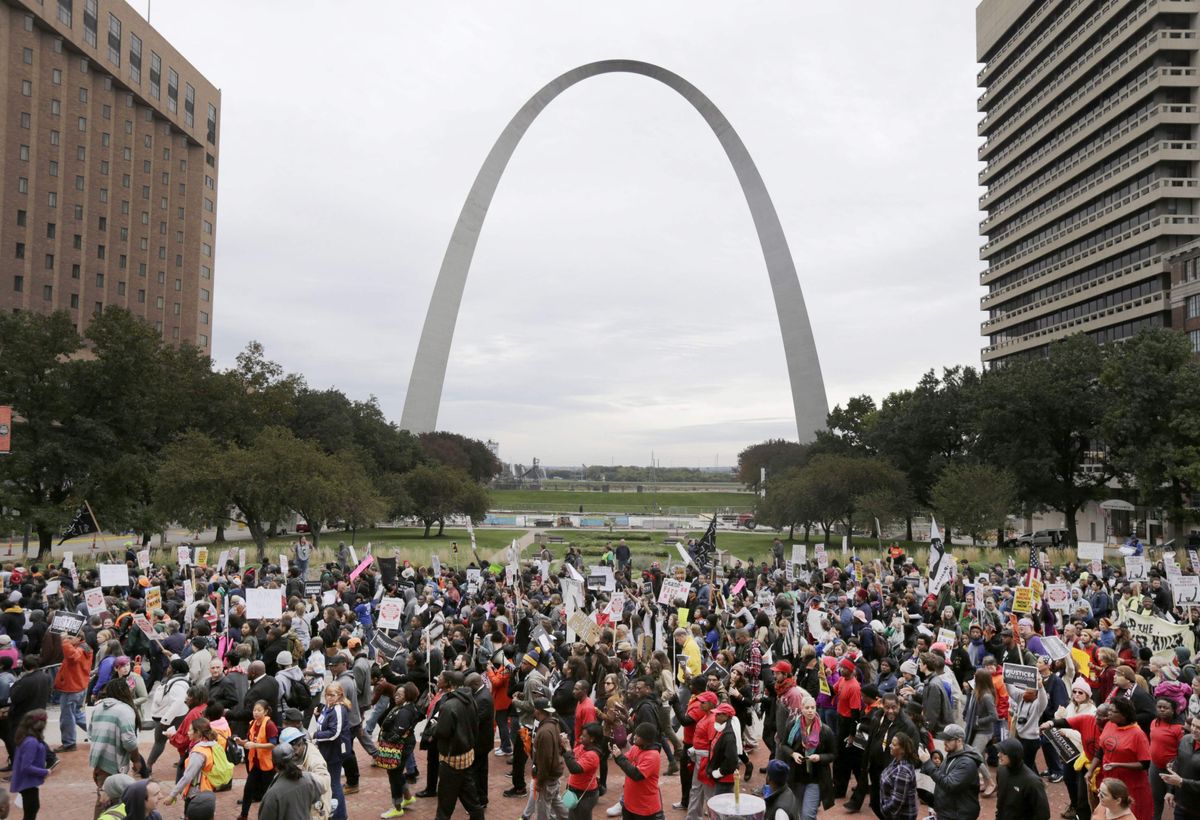 Six years ago, white St. Louis Police officer Jason Stockley killed 24-year-old Anthony Lamar Smith, an unarmed black man. Today, Stockley was acquitted of all charges. The verdict prompted business closures, St. Louis City school dismissals, and civil, peaceful protests in the city of Saint Louis. Primarily, the acquittal of Stockley confirmed the priorities of the justice system: to protect the careers of white policemen and reminding black people, especially black men, of the role that they have been forcibly ascribed.

Anthony Lamar Smith was reportedly participating in a drug deal when Saint Louis Metro Police cornered him. Smith allegedly fled the scene and, when stopped by Stockley, reached for a gun that was in the center console. The gun in question, that was purportedly Smith's, did not have Smith's DNA on it-- but it did have Stockley's DNA, suggesting that Stockley either planted the gun, participated in tampering with evidence, or both. Either of these would be classified as illegal. In dash cam video, Stockley is seen violating another law: he exits his patrol vehicle with his own, personal, AK-47-style firearm. Stockley was also heard saying, "I'm going to kill this motherf-er, don't you know it." This calls into question Stockley's intent and premeditation.

Common sense, as well as the law, suggests that use of deadly force by a firearm is acceptable in cases of defense of one's person or one's property. Smith did not have a gun; if he did, there would have been his fingerprints on the firearm found in the center console. Video and testimony did not show Smith trying to threaten the officer with a knife or other weapon. The only laws that Smith had committed at the time were fleeing from police and possibly drug dealing. In the state of Missouri, drug distribution can carry a maximum of 30 years in prison under the circumstance of a Class A felony, or a maximum of 4 years for a Class D felony. Without death or injury, fleeing from police means up to a year in prison, or a fine of up to $2,000.

Neither of these offenses warrants the death penalty. That is what Anthony Lamar Smith got, and that is what plenty of unarmed black men suspected of being drug dealers get.

Drugs have long been associated with black communities because of drug use in urban centers. The sale of drugs has especially been connected with the black community, particularly black men. After the abolition of slavery, systems were put into place in the United States to disenfranchise and negatively affect black communities. One of these systems is the system of poverty, which predominately affects black people. Because of poverty and uncertainty of education or employment, drug dealing had become a way of life for some black people in poor, urban communities.

Naturally, protests have followed in Saint Louis, leaving some fearful that the protests will turn to riots. So far, however, the worst offense has been protestors blocking a police bus, which prompted the police to use mace. It's uncertain if the protests will become more violent this weekend, but many events have been cancelled preemptively. At the time of writing, protestors remain peaceful and have moved from downtown to the Central West End. Saint Louis University has been given precautionary instructions on how to stay safe as events unfold.

"When we say Black Lives Matter, it doesn't mean that others don't. It means that we are worthy of existing without fear."