Former Marine Wife 'Self-Deported' After Pleas To ICE Were Denied

Alejandra Juarez has found her family torn into pieces due to President Trump's hasty immigration policy. 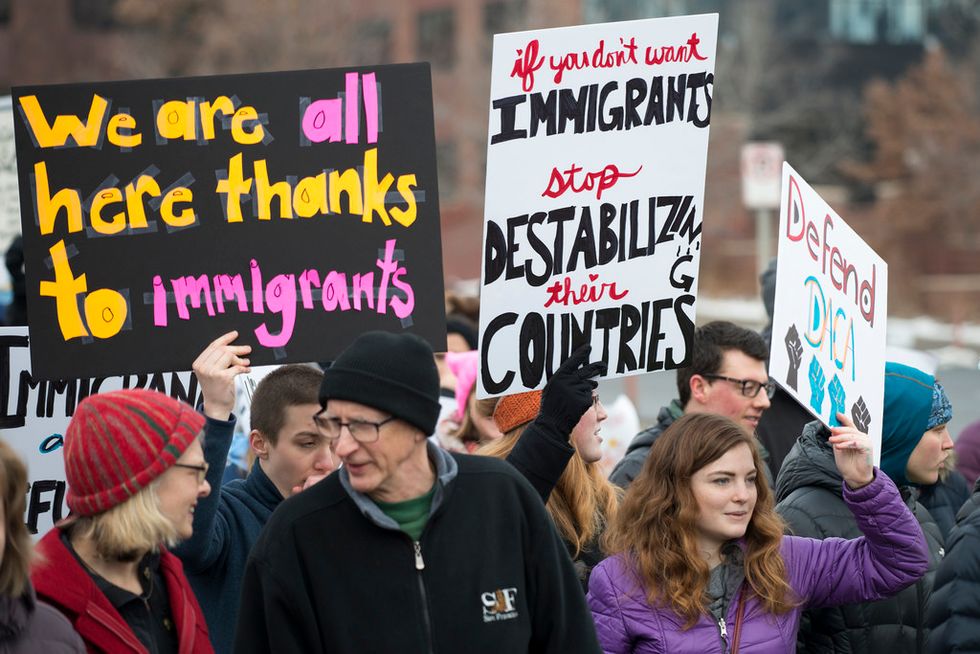 Rather than leave in handcuffs, Juarez chose to "self-deport" after her petition to become a citizen was denied in 2011. Juarez was accused of making a false statement at the border in 1998 when she said she had been a student in Memphis, Tennessee for a number of years. Officials took this claim as she was lying about being a citizen.

"My mom is a good person. She's not a criminal," oldest daughter Pamela said to the immigration agency as her mom prepared to board the plane.

While many felt that Trump's immigration reform would work to deport criminals, innocent and hardworking families are consistently being torn apart. Many people now are simply asking isn't there a better way?

The youngest daughter does not speak Spanish but is moving to be with her mother. Pamela will stay in the United States to finish high school while her father will work to pay the bills for his broken family.

"I don't want to go to Mexico, I want to stay here," said Estela crying.

President Trump's daughter Ivanka spoke about her father's policy that has led to the separation of over 2,500 families last Thursday.

"That was a low point for me," Ivanka said. "I feel very strongly about that. I am very vehemently against family separation and the separation of parents and children."

Many feel that the family should receive special attention being that Temo Juarez served in Albania, the Democratic Republic of Congo, and South America before joining the Army National Guard in Orlando.

US Rep. Darren Soto, who represents the district of Florida where the family had lived, had worked hard to save her from deportation and wrote several letters to ICE officials to no avail.

Soto filed the "Patriot Spouses Act" and another bill that would allow Juarez to stay. Soto said that while both bills have gained bipartisan support, the bills have not yet been taken up by committee. Juarez's attorneys feel that this inaction could be one of the reasons the ICE has chosen to move forward with deportation.

"If the president really claims to support veterans, he should stand with the Juarez family and reconsider Alejandra's deportation," Soto's statement read. "While Mr. Juarez was abroad fighting to defend our country, Mrs. Juarez was at home raising his daughters, serving in the same manner as military spouses do across our nation."

The fact that Juarez is being blocked from citizenship due to confusion from officials no matter what their family has done for our country is definitely an issue that should be reviewed further without these hasty conclusions that keep sweeping through the media. Each case is different and should be handled as such. While illegal immigration can be harmful, it needs to be treated as the delicate issue that it is which President Trump is ignoring.

"My husband fought for this country three times. The administration, yourself, you think you are punishing me. You're not just punishing me," Juarez said, referencing her family. "I hope this makes him happy."

deportation
Report this Content
This article has not been reviewed by Odyssey HQ and solely reflects the ideas and opinions of the creator.