Forgotten Songs of the Late 90's and 2000's
Odyssey
CurrentlySwoonLifestyleHealth & WellnessStudent LifeContent InspirationEntertainmentPolitics and ActivismSportsAdulting
About usAdvertiseTermsPrivacyDMCAContact us
® 2023 ODYSSEY
Welcome back
Sign in to comment to your favorite stories, participate in your community and interact with your friends
or
LOG IN WITH FACEBOOK
No account? Create one
Start writing a post
Entertainment

40 Songs from a Millennial's Childhood 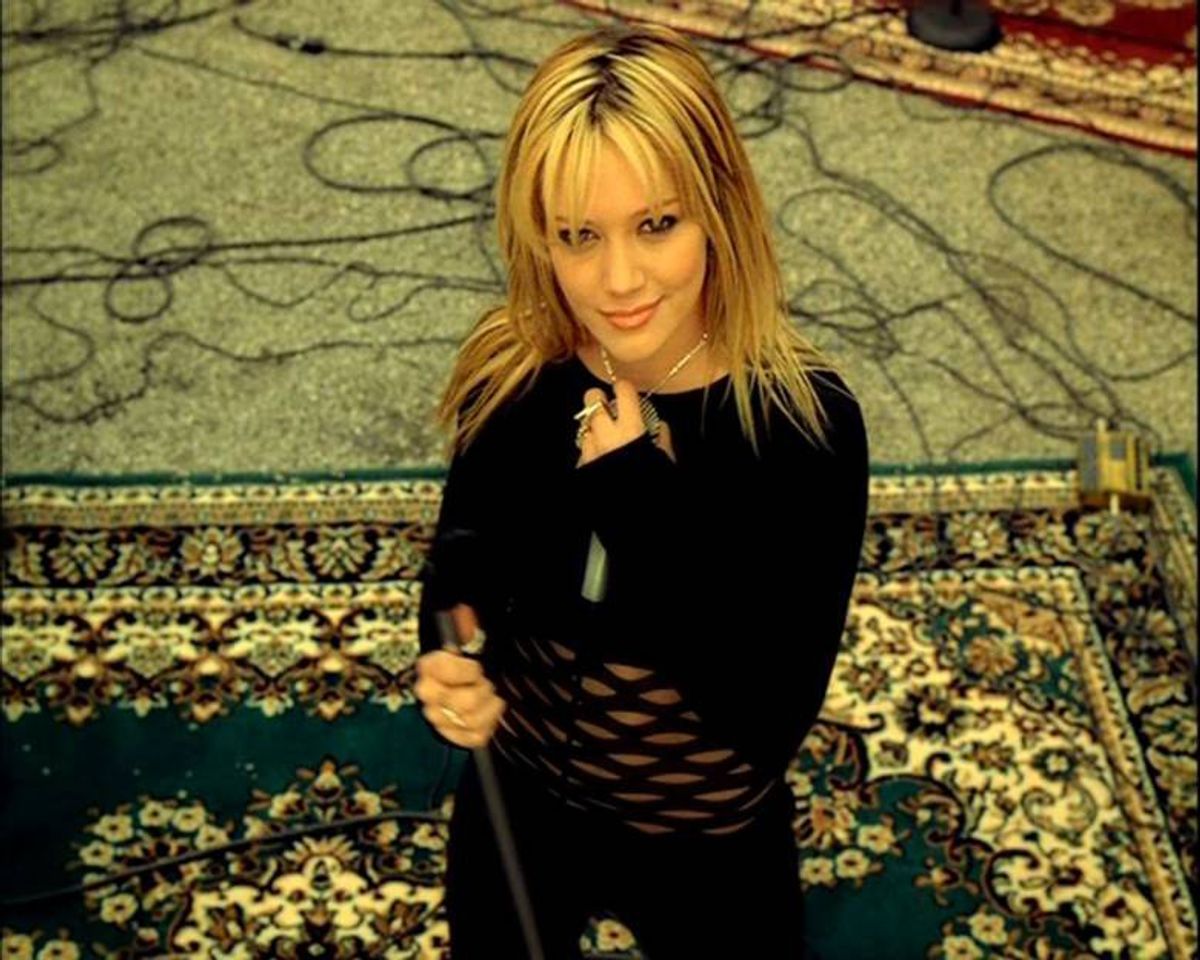 As a millennial, I often find myself stuck in the genres of music I listen to. Sometimes I like to listen to music form the 60's, other times I'll say I prefer the 70's or 80's, or maybe the present day music. But one thing is for sure; music from the late 90's and 2000's will always have a special place in my heart, as this is the music I grew up with and know best. I often find myself making throwback albums, and decided to share a few of my personal favorites with you from as recent as 2009 to as far back as 1996.

Here's a list of 40 often forgotten throwback songs counting down from most recent to latest:

Some songs make you think of memories, and others remind you of people. I think of one girl in particular when I hear this: Daria.

Did you know that Ashley Tisdale is the main character in the music video? I didn't either until I watched it for the first time while picking these songs.

Shush, girl, shut your lips. Do the Helen Keller and talk with your hips. (Daria also loved 3Oh!3)

All girls who watched David on American Idol had a crush on him at some point.

Fun Fact: I sang this song at a field trip to a roller rink in seventh grade.

The definition of every middle school dance.

"I'm bringing sexy back" But are you really though?

Fun Fact: this song was the ringtone I chose when I got my first phone in sixth grade. I don't think my parents knew.

The JB obsession began with this one song that they did a cover of.

I don't think any millennial knew the actual lyrics until they got older.

Cause she's bittersweet, she knocks me of of my feet!

I always sang this song with the Sean Paul accent because I thought it was super cool (I was also nine).

When this song was first released, I used to dance on top of tables and sing it during recess in fourth grade. Of course, I had no idea what any of it meant.

The nine year old version of a song you always had to nod your head to.

Please tell me I'm not the only one who wants to learn a step dance to this song. I also learned how to spell "bananas" because of this song.

She's seen all the classics, She knows every line; Breakfast Club, Pretty In Pink, Even Saint Elmo's Fire (I should probably watch all of these at some point).

"Baby boy, you stay on my mind" are actually the only words I know.

I feel like girls who sing this should be strutting down a runway snapping their fingers.

There are apparently two different sets of lyrics to this song and my friends and I never know which one is correct to this day. The music video that is linked is the one I always knew!

"So baby give me that toot toot, Let me give you that beep beep" (I still haven't figured what this is code for and it's been thirteen years)

When I was six, I used to take this song literally. Thank goodness that was never seen by anybody.

What if another Jenny moved to the neighborhood... would you still be Jenny form the block? Don't mind my questions, I'm generally curious.

My body's too bootylicious for you, babe.

Train has come so far in the last fifteen years, wouldn't you agree?

You either knew this song or you didn't. I still have no idea where this song came from or why I remember it.

You have to sing this one with the Britney voice. This was also one of my first CD's I owned.

I vividly remember blasting this song in the basement of my house in PA.

Really though, how do you forget that you gave someone your extra key?

I know the choreography and I'm not ashamed to admit it.

Monica, Erica, Rita, Tina, Sandra, Mary, Jessica... if you don't know who these people are, I feel sorry for you.

Yes, we sang this for our eighth grade graduation (as cheesy as that is).

Everyone learned the Weird Al version (Ebay) after this.

And parents always wonder where their daughters got their sass from...

There's a video floating around of five year old me dancing to this song wearing a velvet cape.

I'LL TELL YOU WHAT I WANT, WHAT I REALLY REALY WANT.

Nicole Marie Nigro
Individual Creator
9744
c1.staticflickr.com
Where to start...... Let me start with the cliche that life throws us curveballs and what we do with it is what counts.