7 Ways To Forgive Without An Apology

7 Ways To Forgive Without An Apology 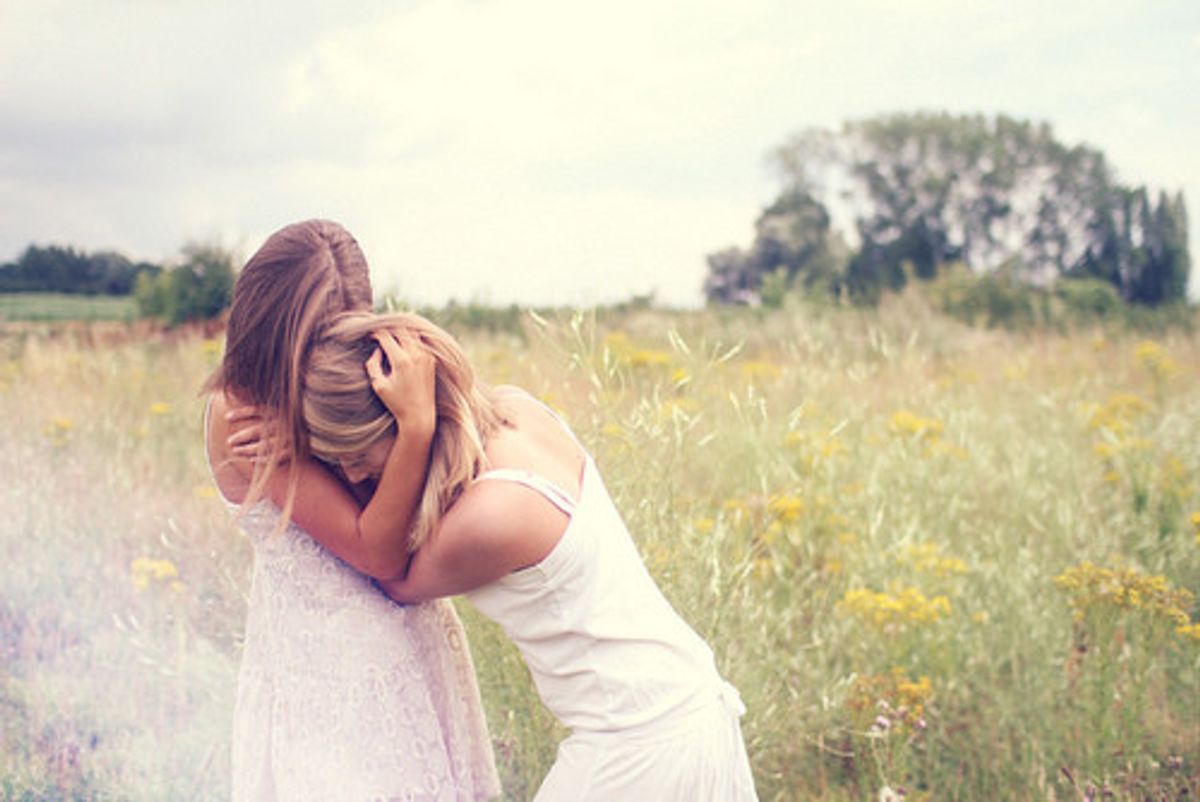 This past week was Yom Kippur, considered the holiest day of the Jewish year, dedicated to repenting and atoning for sins from the previous year. It's a day of fasting, letting your body feel the pain of any hurt you might've inflicted and ideally, a day of reflection.

The director of our Jewish organization on campus gave an eloquent speech regarding the importance of authentic apologies. She instructed us to steer clear of blanket apologies and conditional apologies (i.e. I'm sorry if you felt... or, I'm sorry but I was right), but what really struck me was when she said apologies aren't for you, they're for the person you've wronged.

I've often looked at apologies as ways to renounce your guilt or necessities for the sake of a cohesive relationship. The reality is, when we apologize, it should be selfless. We should understand how the other person feels regardless of our own opinions, and for the extent of the conversation, just tell them what they need to hear to find their own peace.

What our director neglected to tell us is how we're supposed to forgive. I'm not insinuating I've been faultless for the past year, but I feel I've significantly repented those sins and apologized for those wrongs, so what am I supposed to do about those who've wronged me? The friends who have hurt me without remorse or any intention of giving me an apology I feel I'm owed. Without an apology, there's no tangible concept to forgive.

I went into this year and this holiday desperate to find forgiveness for others because the anger I had been carrying with me was only inhibiting my own happiness while the alleged wrongdoers went on with their lives. To anyone who seeks aid with a similar ethical dilemma, here is what I've come up with and hope to pose the question to any reader who might have any additional ideas: how do you forgive without an apology?

1. Come to terms with the very real possibility you will never get this apology.

This was both the first and and hardest step for me. No matter how wrong I feel the others have behaved, they might not have been raised with the same values and might not feel they were wrong. They might not think there's a problem or think admitting to some element of bad behavior would force them to admit to guilt. Maybe they have apologized and it just lacks sincerity or fully understanding what they've done. Forgiveness can happen regardless. You can make a conscious choice to accept the current situation for what it is, find your own peace, and be okay.

No matter how strongly you think the other person has hurt you, there was likely some igniting incident or vague reason behind it. Even if they do it maliciously, they're still human. They've been hurt in their lives and they choose to deal with it by projecting it onto you. It doesn't make them any less human, it makes them wounded. It's easier to empathize than it is to hate.

3. Look for your own fault.

Did you do anything to cause this person to hurt you? Are you really blameless? Find whatever fault you might have in the situation and apologize for it. At the very least, it makes you the bigger person. At the most, you've initiated a conversation that might be healthy for your relationship.

4. Overcompensate with kindness and smile through the pain.

Hatred, resentment, and anger can be emotionally exhausting and hard to wrap your head around. It's not a fun feeling to see good things happen to someone who you're mad at both because you are secretly hoping for bad things for them and the second layer that entails not wishing harm on others. It makes you angry over and over again. Overcompensate with kindness. Whenever you have an ill thought, congratulate them on their victories regardless or if that's too hard, pass the kindness along to someone else. With all of the negative energy you're emitting, it helps to counteract it with some positive so that you don't get sucked into a hole of disdain and self-pity. You're not a bad person for wishing harm, you're someone who was hurt and doesn't know how to cope with the pain. This is a way of moving beyond it and finding your light.

5. Stop talking about it as drama.

The longer you perpetuate the drama, the longer your anger will eat at you. People will tell you every time this person you're mad at talks about you or does something worthy of condemnation, and you need to remove yourself before you find yourself needing to apologize for all the vindictive words whispered behind closed doors.

6. Mentally push the ill feelings out of your heart.

Write letters and rip them up, meditate and imagine these negative emotions lifting away from you in an air balloon, feel the pain and then relinquish it.

It may not be possible to go back to the relationship that once was. Maybe its a coworker or a friend or a boyfriend or a teacher, if they aren't going to give you the apology you feel like you deserve, there is a larger conflicting issue of values. People who value your friendship deserve it, and people who are choosing to let it slip away, don't. It's time to accept their new role in your life and if you don't like what's become of your relationship, work to salvage it.

Sometimes we just have to forgive people just because we want them in our lives.