An Open Letter To Trump Voters In 2020

To All Of You Who Voted For Trump — What Did You Expect Would Happen?

If you voted for Trump in 2016, are you even surprised at his response to the Black Lives Matter movement? 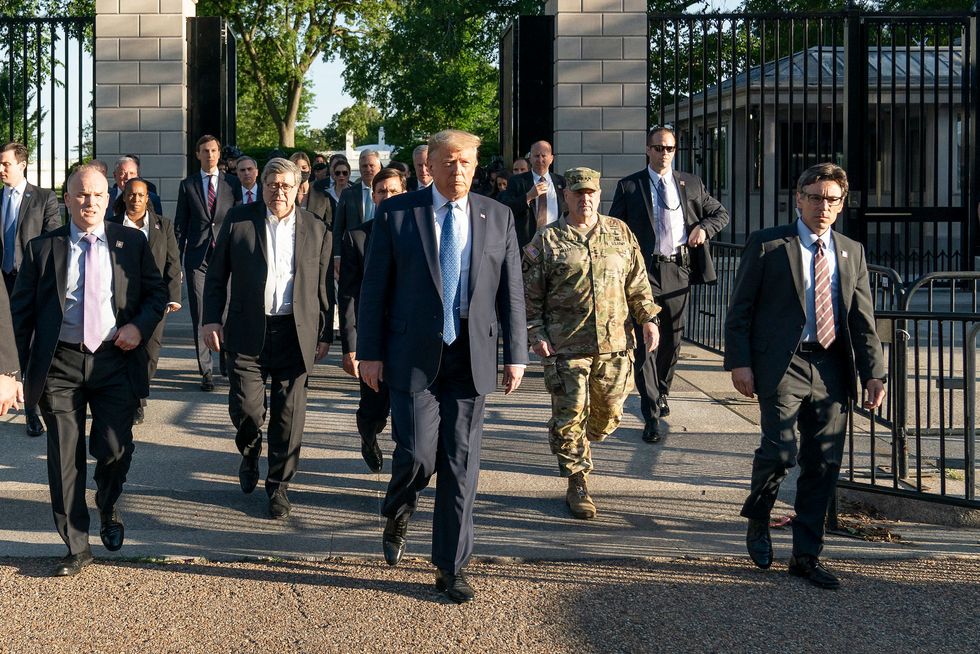 Recently, I saw a social media post that read: "Remember when you made fun of people for crying on Election Day in 2016? Well this is what they were crying about."

For those of you who voted for Trump, or even still defend him, I have to ask: What did you expect?

Who can be surprised that in the last week alone Trump has threatened to bring in the military so that "when the looting starts, the shooting starts"?

His tweet — "These THUGS are dishonoring the memory of George Floyd, and I won't let that happen. Just spoke to Governor Tim Walz and told him the Military is with him all the way. Any difficulty and we will assume control but, when the looting starts, the shooting starts" — was even hidden by Twitter for "glorifying violence." Trump threatened to bring in the military and shoot people — protesters who are fighting for the basic request of not being murdered by a system that systematically oppresses them. President Trump utilized the military to attempt to corral a political protest, claiming it was in case the protests escalated into violence. Yet, the armed forces were the ones who came with gas, rubber bullets, and physical violence.

Who can be surprised that in the last week Trump gassed peaceful protesters for a photo opportunity?

This man, who is a part of a political party that claims to uphold religious values and defending the Constitution, used gas and rubber bullets to clear an area in front of a church. Trump held a bible upside down and backward while standing in front of a burned church. When asked if the bible belonged to him, he replied that it was only "a bible," not his. The people that were gassed for political gain were protesting, exercising their right under the First Amendment of freedom of speech. In case it was ever in question whether Trump believes in religious values, Pope Francis described Trump as not-Christian when Trump was actively advocating about building his wall. Pope Francis said, "I'd just say that this man is not Christian... A person who thinks only about building walls, wherever they may be, and not building bridges, is not Christian."

Who can be surprised that Trump glorifies violence?

Trump has never been an advocate for peace. People attending his rallies before he got elected were encouraged to violently confront protesters with the promise that Trump would pay for their legal fees. Trump's promise is that those who physically silence those dissenters will be protected. Trump has created a narrative that those who do not agree with him should be stopped with violence. He created this narrative far before the country voted, all the way back on the campaign trail. Who can say that Trump is an advocate for societal peace?

Who can be surprised that Trump would label antifa as a terrorist organization but said there were "very fine people on both sides" of the deadly Unite The Right rally in Charlottesville attended by white nationalists, antisemites, and klansmen?

Who can be surprised when once Trump called majority-black countries "shitholes"?

Who can be surprised when Trump spurred the "birther" conspiracy of Obama being born in Kenya with absolutely no evidence?

Those of us who cried on that November night were scared. Our fears were taking shape in the Oval Office. We all saw at least four years of violence and fighting ahead of us, and we all knew, even back then, who was going to cause it.

So, use this as a reminder to go out and vote. Vote honestly and think about what you want the future of America to look like. If you voted for Trump in 2016 and genuinely value peace, equality, social justice, and freedom, do not vote for him again.