As A Black Minnesotan Facing Racism, Minnesota Nice Is Real

As A Black Minnesotan Experiencing Racism, I Can Say 'Minnesota Nice' Is A Real Thing

It's subtle racism that leaves us psychologically traumatized. 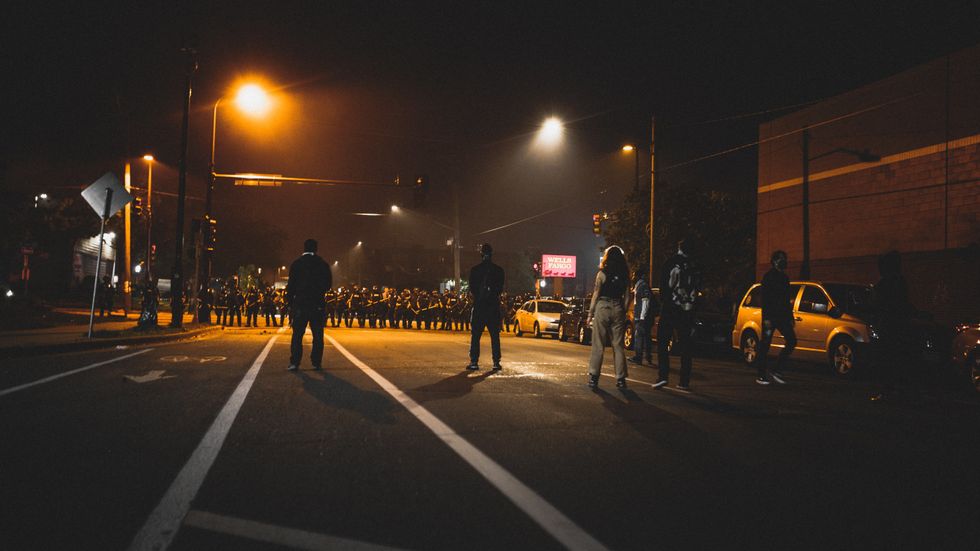 This past month, I graduated from high school with honors. I reached this milestone during a public health crisis and a time of uncertainty. Despite all obstacles and systemic barriers in my path, I was able to receive a diploma.

I did this as a Black student in a state with some of the worst racial disparities in the country.

I live in Minnesota, a state that's overwhelmingly progressive, where the people vote blue and "liberal values" are the norm. Underneath these progressive qualities, however, is the rampant, systemic divide between whites and residents of color.

Minnesota is one of the worst states for African Americans to live in, for a number of reasons. The education gap between white students and minority students is amongst the worst in the nation. Housing inequity has led to neighborhoods segregated by race and income.

All of these problems are masked by our voting record and "welcoming" behavior.

Despite all evidence pointing towards a racist culture, many white, affluent Minnesotans choose to look the other way. When push comes to shove, white Minnesotans don't want to acknowledge these disparities. It's uncomfortable for them, especially when it's not their experience. We hide behind kindness and "Minnesota nice," a term describing the passive-aggressive nature of Minnesotans.

It's a safe cop-out for many, especially white folks, who want to view themselves as one of the good ones.

To Black people, Minnesota nice means something entirely different. It's the smile-covered micro-aggressions and backhanded compliments we get left and right. It's the way your teachers in high school commended you for speaking such good English, despite being born and raised here.

It's the "where are you really from?" questions you get from strangers. It's the condescending attitude you receive from white people when you bring any of this up. These stealthy, sneaky comments stay with us and leave us questioning ourselves and the genuineness of white liberals.

It's subtle racism that leaves us psychologically traumatized.

White Minnesotans have chosen to ignore race for far too long, and we are now witnessing the results of their silence. George Floyd was murdered a week before my graduation. He was mercilessly put into a chokehold by a white police officer in Minneapolis, which resulted in his death.

This was a wake-up for many white people, but a reminder to Black Americans that we are living in a world that does not value us. (Cue the chaos and calls to justice that've followed.)

As a state, but more importantly as a nation, it's high time we realize that meeting the bare minimum of dissolving racism is not enough. We have to move past the shock and recognize that smiles are not enough to dissolve racism. It is no longer enough to view yourself as not-racist. You must actively work to be an anti-racist. You must realize your complicity in the racist culture of Minnesota and actively work to dismantle it.

White Minnesotans, what happened to George Floyd has been going on longer than you can imagine.

Black Minnesotans have always clashed with the police and it has resulted in our deaths one too many times.

We've been fighting police brutality for so long and we are exhausted.

You've helped create this mess, and now, it's your time to shine and fix it.

Time will tell if this duo has the prowess to win the presidency come November.

Joe Biden has formally announced that California Senator Kamala Harris will be his running mate to take on Donald Trump and Mike Pence in November's general election. Biden made the announcement Tuesday on Twitter.