Flowers In Her Hair & Stars In Her Eyes
Odyssey

Flowers In Her Hair & Stars In Her Eyes

The story of a girl who gave too much 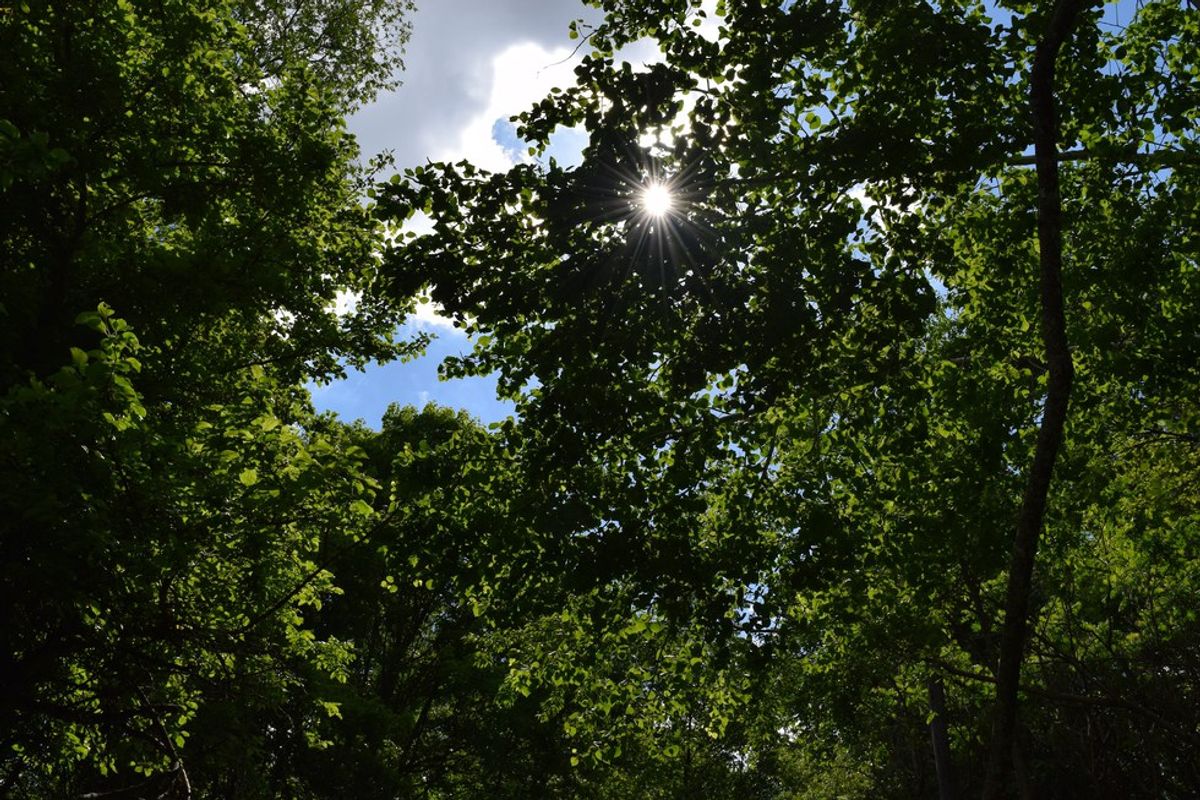 Let me tell you a story about a girl who had flowers in her hair and the stars in her eyes. She spent her days flipping through the thin pages of a book, letting the sun caress her skin and warm her heart. Her golden eyes saw the beauty in everything and everyone; her words were never harsh. She seemed to glow as if she had absorbed the sun she spent so much time in.

Because of her beauty and her kindness, people would go to her in hopes that some of her light would rub off on them. Now this girl was compassionate and hated to see these people in the dark, so she offered them some of her light whenever they would come. They left with smiles and promises that if she ever needed anything, she could come to them. Soon, though, the people kept coming and taking, but never giving back. Her light began to diminish and slowly fade away.

She cupped the last of it in her hands and vowed to keep it safe, for if she gave it up, she would be left alone in the darkness.

“What happened to you?” People would ask, “Where is your light?”

She showed them the small glow that sat inside of her hands, and with a tear, she sighed, “This is all I have left, I gave it all away.”

“But what about me?” She asked, taking a step away.

“But it doesn’t work that way.”

“Please, we need this more than you.” They held out their hands with a spark in their eyes, they know that she’ll give in.

Her compassion is her weakness. Their words are a gun to her head, her selflessness the bullet, and her decision is the trigger.

She held out her hands and fell to the ground as they took the last light she had left, “Take care of it for me.” She said.

They left in glee, leaving the girl who was no longer bright to sit in the darkness where there’s no light.

She gave up everything; her light, her happiness, the flowers in her hair. The book she held was ripped and torn, her body felt used and worn. The sun no longer favored her skin and her eyes could only see the offensive. Her words held no warmth and a cold settled into her bones.

“I don’t understand why she’s acting that way.” The people would say, watching her from afar as they basked in the glow that she had given away.

“Why doesn’t she just make more?” They’d whisper, “It can’t be that hard.”

“Maybe she’s just being selfish.” One woman glared, “There’s nothing wrong with her.”

But they didn’t know the sorrow in her heart and the ache inside her chest that had come from offering her light to everyone. They couldn’t see the darkness in her lungs that choked her everyday. They ignored her cries and continued to live with the pieces of her that they had taken.

“I never saw it coming.” They would say after she was gone, “She was such a kind, happy girl.”

“I don’t understand why she would do such a thing.” They lamented, “If only she had asked for help.”

They soon forgot the beautiful girl with the flowers in her hair and the stars in her eyes who had given everything she had until there was nothing left at all.