Why Fixating On Your White Guilt Isn't Productive

Rather than letting your guilt immobilize you, be willing to learn and, most importantly, admit to your own mistakes and shortcomings. 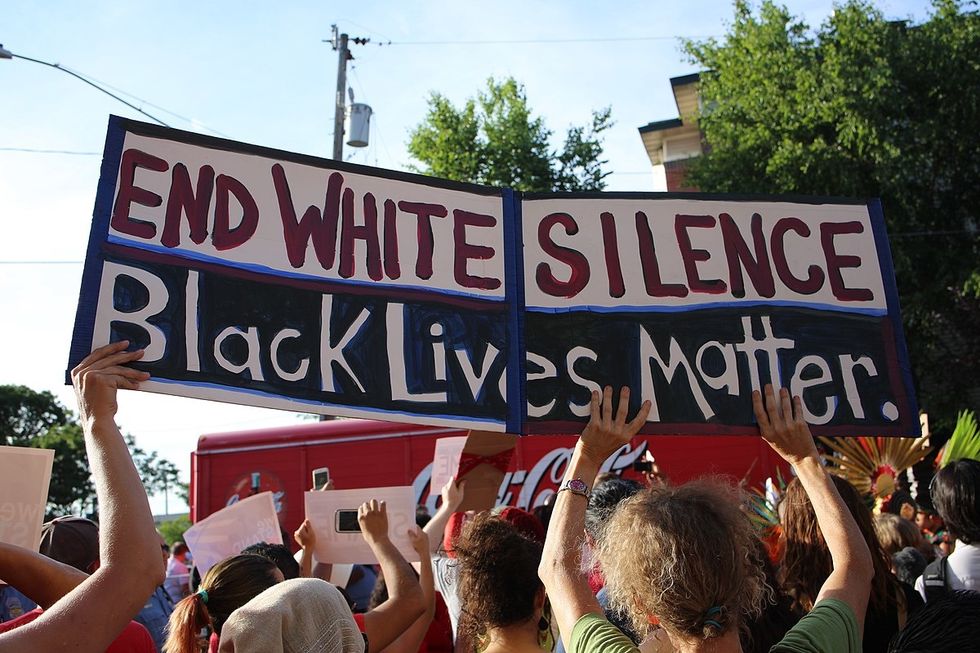 The recent momentum of the Black Lives Matter movement has initiated an outpouring of social media activism, with information about systemic racism and Black history in the United States being widely circulated. A number of these social media posts focus on privilege and are specifically addressed to non-Black people, especially white people. Learning about and acknowledging privilege is extremely important, but in many cases, conversations about the racist history of the United States and white privilege lead to a particular response from white people often referred to as "white guilt," in which a white person may feel guilty for the racist actions of white people in the past as well as their privilege in the present.

While these jokes seem harmless on the surface level, they really just create an uncomfortable situation for BIPOC.

I don't speak for all BIPOC, but I can say that from my perspective as well as the perspective of many of my friends, these jokes really only show a white person's need to separate themselves from the "terrible" and racist white people that they're joking about and, ultimately, a need for validation from BIPOC that they're not racist and that they really are "good people." Personally, this behavior frustrates me.

If you're experiencing white guilt, understand that it's not a BIPOC's job to absolve your guilt, and your behavior likely isn't very helpful.

When your goal is to absolve yourself of your guilt, your resulting actions — making jokes about white people to BIPOC, publicizing every bit of your activism, asserting being non-racist to others — only benefit yourself.

This is not to say your white guilt immediately makes you a bad person. In fact, the issue often comes from a need to maintain an identity as a "good person." Even as a BIPOC, I've experienced the same fixation with being "good" while contending with my own privilege as a non-Black person. I can understand why it's difficult to negotiate feelings of guilt and shame as a result of your privilege, but it's vital to let go of the "good person" identity. You can have good intentions and still end up saying or doing something harmful. Instead of trying to present yourself as a "good person," put your effort into self-reflection and becoming more self-aware. Make sure you're especially aware of how your own activism functions and who benefits from your actions. Rather than letting your guilt immobilize you, be willing to learn and, most importantly, admit to your own mistakes and shortcomings.

There's no shame in learning and unlearning.

Ultimately, no one is asking you to feel ashamed of being white, especially considering that it's not exactly something you can control. What you can control is what you do with your privilege and your willingness to support those who are less privileged than you are. Being an ally to BIPOC means moving past your white guilt and taking action. You've acknowledged and contended with your privileged position, and you know that there are people who are less privileged than you are, who are discriminated against and oppressed.

Now ask yourself: What are you going to do about it?