An Equestrian's Ride To The Winner's Circle
Odyssey

An Equestrian's Ride To The Winner's Circle

Just a girl with big dreams. 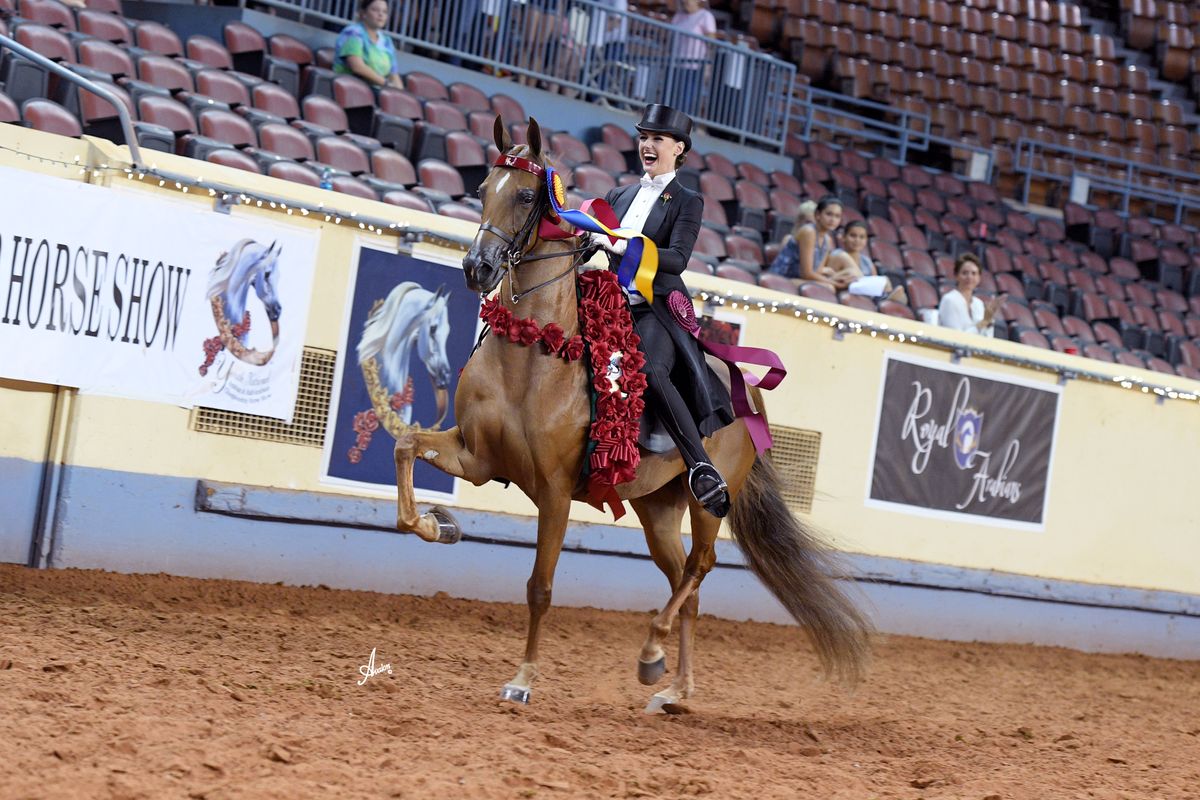 Let us backtrack to my show season of 2015. I had hit a wall in my horse showing career. People were consistently talking behind my back saying that I wasn’t good enough, or that I wasn’t deserving of the accomplishments I had achieved. That show season, I realized that I wasn’t showing to enjoy every moment I spent on a horse, but rather I was trying to shove my talent down the throats of those who doubted me.

At nationals, I had been cut from the semi-final for the Saddle Seat Equitation. This was particularly heart-wrenching for me because that was the class I had been visualizing all season. When I exited the arena, there was a knife in my stomach aching of disappointment. While I was showing, I was doing everything correctly but I just didn’t feel powerful. I felt like my presence was smaller than those of my competitors. I looked at my mother following that class and said, “If we don’t leave this barn, I don’t want to ride anymore.” My mother knew how bold of a statement that was for me to say because of how much I loved showing.

Getting cut from that class had made me want to give up all hopes of doing something big in the industry but, it triggered a series of events that sent my riding career soaring. We pulled my horses out of training and moved them to a new barn, where I would have three new instructors. These three instructors morphed me into the most ideal rider I could be and teamed me up with an amazing horse to take on the show season of 2016.

July 28th, 2016. Thursday night at The Arabian Youth Nationals is always full of fun classes, including the Saddle Seat Equitation. I prepared for that evening like I would for any other equitation class. Encased my hair in hairspray, caked my face with my best makeup, pinned my back number 312 to my coat, shoved myself into my skin-tight tuxedo and listened to my “Bumpin” playlist on my phone.

I planned my warm-up time accordingly so I could be ready a couple minutes before the gate opened for my class. I wanted to make an everlasting first impression when I hit that arena and no one was going to stop me. When the gate swung opened for the Saddle Seat Equitation class, my horse and I sailed through the gate with beauty, grace, and confidence. When I hit the ring, the hairs on my arms stood up at attention and an overwhelming amount of excitement flooded my body. Throughout the entire class, I couldn’t wipe a giant, tooth-filled grin off of my face. I was having the time of my life.

In the blink of an eye, my class was coming to an end. Tony, the announcer, asked for all of the riders to line up in the center of the arena so the judges could finalize their placings. When I pulled into the middle all I could do was smile because I had the absolute time of my life. The judges walked the line-up one last time before turning in their final placings.

Tony brought everyone in the coliseum to attention and began to call out the Top Ten. My stomach clenched up into a ball. Although I had the best ride of my life, I didn’t know how the judges felt I stacked up next to the competition. He started to call the numbers out in numerical order, and I was first. When I heard my number, I let out a huge sigh of relief. In past years, this would always be the time where my number would be skipped over and I would have to make the walk of shame out of the arena. I was thrilled that after being cut the last three years I finally made it in. I proceeded to pick up my Top Ten ribbon and headed down to the other end of the arena.

After all of the Top Ten had been called, Tony began to announce the Reserve National Champion and National Champion. While I was thrilled to have made it into the Top Ten, I wanted one of those top two spots. When the reserve was called, my friends sitting on the rail started looking around and speaking to each other with their eyes. I was completely confused, and I said, “What? What happened?” They replied with, “Izzy, if she got reserve… we think you won.” I looked at them like they were crazy, told them to knock it off and that there was no way.

Once the Reserve National Champion ceremony was over Tony turned over to the National Champion. I sat there with a new knot in my stomach as Tony began to announce the champion. As Tony was listing off the winners of this class in previous years, I watched one of the other riders in the class who has done well in this class years before, as I thought they were about to call his back number. Then Tony said, “Your 2016, Saddle Seat Equitation National Champion is…” A hush washed over the crowd. Everyone held their breath as they waited for Tony to finish. “312!”

When I heard those three numbers, my jaw hit the floor and I immediately broke out into tears. I made my way over to the winner’s circle with my hand clapped over my mouth.

Greeting me at the winner’s circle were my trainers and my mother. I leaned over the side of my horse to give each of them a hug. Then, an assistant in the arena brought over a blanket of roses that they draped over my horse’s shoulders and a beautiful tri-colored ribbon.

My horse and I picked up a trot and made our way around the arena and on our final pass out, I couldn’t help but smile and let out a little laugh because I had finally done what my eight-year-old self had set out to do many moons ago. First ones in, last ones out.