I felt as though I went through a meditative and emotional space, like walking through a dreamland of nostalgia and heartbreak. 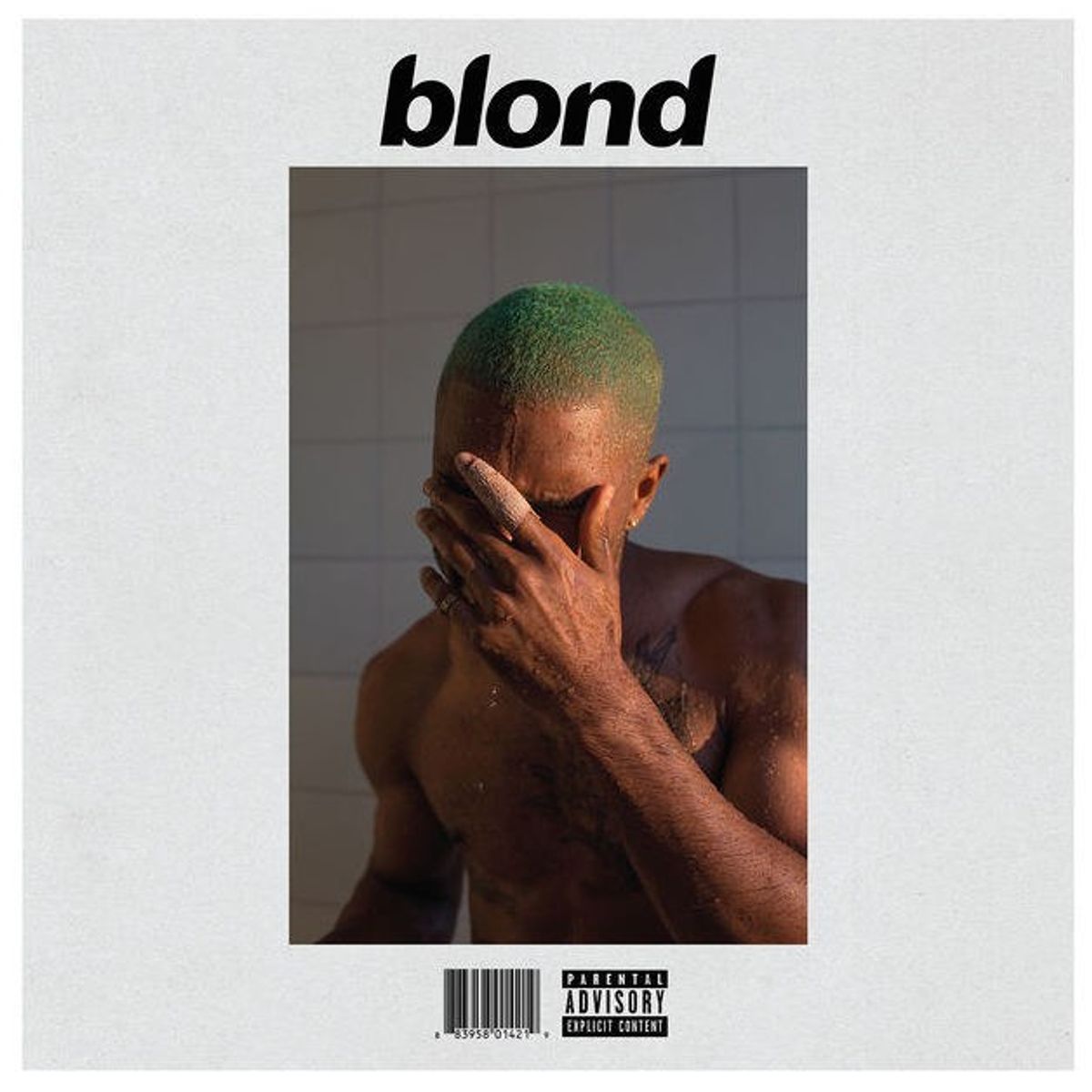 If you’re a Frank Ocean superfan like me, you’ve also endured the anticipation and heartache of the past year in a half as we patiently (and impatiently) waited for Frank’s sophomore album. Endless teasers and conspiracy theories surfaced on the internet daily, but virtual silence from Frank himself. One day, a mysterious live stream appeared on his website. Fans buzzed with excitement and patiently watched the video feed and witnessed a lot of...nothing. Heartbreak again as we all realized we had our hopes up yet again to be disappointed. When we all woke up one morning and the album Blonde was released on Apple Music, it felt like all was right in the world again. Here are my first impressions of the album.

Blonde opens with “Nike's,” an eloquently autotuned song that overcomes you with feelings of quick, impersonal love. This introduction seems to be a slow motion, bird’s eye view of a house party in it’s final moments- melodically induced by substances and free from judgment. As the album progressed into “Ivy,” I felt the sweet vocals of Frank Ocean that I loved so dearly in his previous album Channel Orange. This song is a step away from “Nike’s,” and begins with the heart wrenching line “I thought that I was dreaming, when you said you loved me,” and immediately sets the tone for the rest of the tracklist. The song explores growing up and admitting to childhood mistakes in a way that feels like an unapologetic look back at one’s first love. The spacey, delicate instrumental behind these lyrics pulled into my own feelings, as I’m sure it did to every other listener. “Pink + White” progressed from the sparse instrumentals of Ivy into a deep R&B groove that felt familiar to me as a fan of many years.

The album takes an abrupt interlude at “Be Yourself,” a voicemail from Frank’s mother warning about the danger of drug and alcohol abuse. This brief moment in the album especially grabbed me, as a college freshman surrounded by people diving deeply into temptation and experimentation in many channels as I try to stay away and remain true to my own values. More highlights of the album include “Solo,” a testimony to the many versions of being alone that one experiences, accompanied only by bittersweet organ keys. The second half of the album includes many intermissions, both thin instrumental sections and discussions of the woes of internet dating. “Nights” is a perfect example of Frank’s unique abstracted R&B sound, and flows into “Solo (Reprise),” where Andre 3000 end with expressing “was I working just way to hard?” in reference to today’s popular rap scene that evidently lacks originality and innovation.

In my opinion, “Self Control” is the strongest song on the album. It is extremely introverted, and captures the vibe that the entire album is seeking to claim. The song reeks of loss and the longing for a place in a lover’s memory. He explores the defeat of rejection and consequences of carelessness. The bare electric guitar riffs, soft bass arrangements, and background vocals almost seemed to creep up on me as the track progressed, they came in and crescendoed so seamlessly that I realized I was listening to a true work of art. I believe that the genius and craft of this song is a shining example of the exceptional skill that Frank has developed until this point.

Within Blonde, Frank Ocean created a body of music that is more insulated than anyone expected. When I listened to the album, I felt as though I went through a meditative and emotional space, like walking through a dreamland of nostalgia and heartbreak. The composure of the album is so intimate that it's nearly impossible to listen without a bit of self reflection. I feel as though it was engineered to be listened to in a quiet place, where one can be bare, transparent, and brutally honest. He creates the reflective space for himself and the listener, like a heartfelt letter being read next to a warm fireplace. Frank’s often abstract lyrics, gentle sound, and raw vocals are transformative, and he has yet again put beautiful art into the world. This isn’t just a collection of songs, it is a soft spirited journey from memory to hope. Blonde was definitely worth the wait.

Kassie Hsu
Baylor University
2528
Panda Whale
Here are 100 things I'd rather to than study. I know the semester just started, but
Featured