When a first generation Latinx goes to college, it's about much more than themselves. 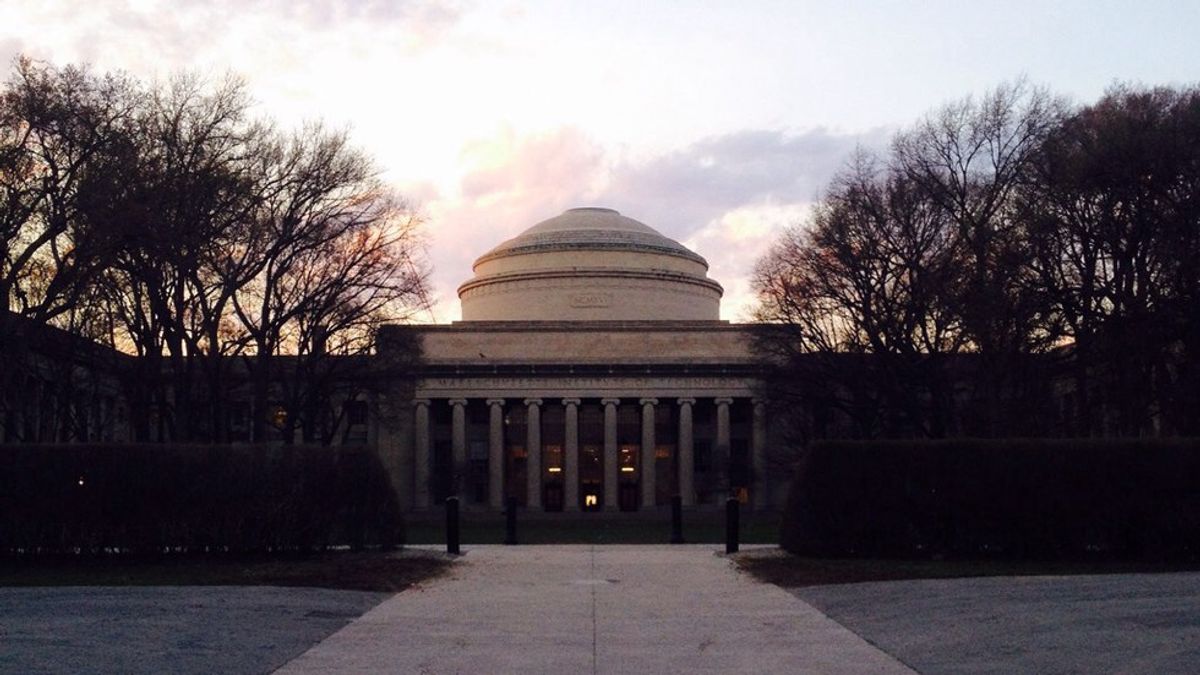 I wanted to participate in more extracurriculars during my time at MIT. I wanted to be involved in the political scene, helping my network understand the culture I had come from and spreading awareness of the issues that people way down south, all the way in the tip of Texas, faced. I thought I could escape from the Rio Grande Valley and from the Latinx community that had spread along the south end of the country; more importantly, I thought I could start breaking down barriers, tearing apart stereotypes, and championing the humane and humble existence of the Latinx families along the Texas border.

But even if you leave the Latinx community, it never quite leaves you.

And as a First Generation student, you carry it almost as if it could break.

I really did want to be more involved in the community at MIT. But getting here as a First Generation Hispanic female was a struggle in and of itself, and by the time I stepped foot on campus I was a tired teenager with all of my willpower nearly gone. My parents did not understand how to help me get through the college application process, and they could not help, even if they wanted to. Mother had gone to a vocational school in Mexico, and Father hadn't even graduated high school, despite his being one of the most brilliant people in my life.

College? What a dream.

I provided all of my FAFSA information myself; I printed the signature page and asked Mother to sign it, and I only said "It's to pay for college, hopefully," when she inquired after the reason for her signature. I was encouraging her to file her taxes, instead of her encouraging me to apply for scholarships. This was not and is not a blemish on her character; rather, it's a comment on how expensive the struggle of putting food on the table and a roof over our heads really was. Going to college was on my shoulders and mine alone. While both of my parents wanted me to further my education, I knew that they did not have the means to pay for it.

So I worked hard, got a full ride to a college of my choice, and came to MIT.

Some people like to think that the First Generation struggle stops once you make it to college, but it doesn't. Getting out does not mean cutting off all ties to your community. It just means you've relocated all the hopes and dreams that were associated with you making it out alive to a place outside of that community. It feels almost like you've been outsourced to a new location, a seed expected to grow and flourish for the glory and honor of your family line — minus the blood and minus the glory.

Except college does some pretty gruesome things to your state of being.

Sometimes some students have homework. Sometimes other students have homework, two jobs, a phone bill, Netflix Plus so that the family back home also has something to watch, a nephew to help provide for, two parents who struggle to pay their own bills, and anxiety and depression stemming from the fact that they feel as if they aren't worthy of a college education. The last is me, except add knowing absolutely nothing about what college should be like and not taking Calculus II in high school. (Which, to be honest, made my transition to MIT rather difficult.)

Being First Generation means you are the gate where two ways of life meet.

You become overly verbose and incredibly used to always having work to do; when you go home you lounge about, trying to enjoy the leisure permeating the air, but the rigidity in your limbs reminds you that you were stressed not too long ago and that not too long from now you'll be stressed again. You laugh with your family over coffee and pan dulce late in the evening but remember that you'd be writing an essay if you were at school, and car rides — while they used to be a staple of every Sunday afternoon — have come to give you motion sickness after all the walking you've done in the year.

Am I looking forward to going back?

I cannot talk to my family about how circuits work, and I can't ask my family for help on my math homework. We don't discuss how grades are going because while I might have been a straight A student in high school, the top engineering school in the country does a few things to break that streak. I am alone in the college struggle, but I am alone so that my nephews and my nieces and the next generation of my family line will not be. Being First Generation is a nightmare, but it's also an honor, a medal to wear with pride as your family struggles with their daily lives back home and you struggle with your daily life on campus.

Being First Generation means you'll make it out alive for the sake of validating your parent's sacrifices. Getting through college becomes less about grades and more about just making it to graduation. I need that diploma so that one day it might stand next to the Virgin Mary candles on top of Mother's dresser. Being First Generation means bringing to fruition the hopes and dreams of an entire family, an entire community, an entire support system looking to break out of the mold life has constrained them to by having you champion their cause. This is for family. This is for community. This is for everyone who's made an impact in my life. We're going to make it.