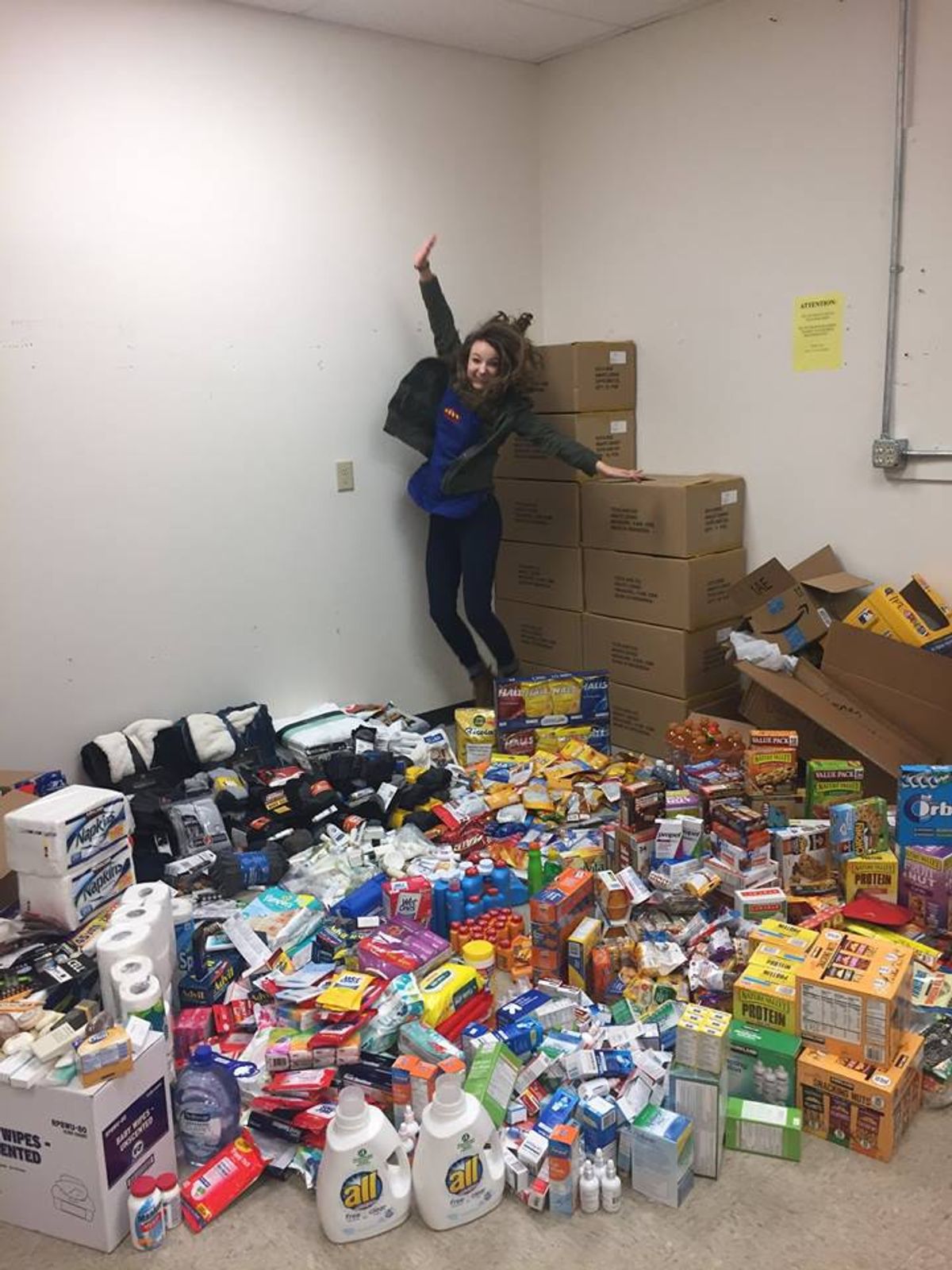 It is a Sunday morning around the beginning of November, my boyfriend, brother, one of his friends and I have been planning our trip up to Hanging Rock for about a week now. We had all heard about the wildfires in the North Carolina mountains but hadn’t thought anything about it. We get to Belews Creek, which is just a short fifteen minutes from my neighborhood, and that is when we start to smell the smoke. Hanging Rock is the closest mountain to the Piedmont Triad area. It is not anywhere near the western mountains where the fires are burning. After our beautiful hike through the state park I went home and did some research. I found that there are over 73 wildfires in the mountainous region of North Carolina, the north western part of South Carolina, eastern Georgia, and eastern Tennessee. Today the fires have spread to southern Virginia and even some parts of the northern Alabama region. At first I was devastated, the North Carolina Mountains are so beautiful and my absolute favorite place to get some fresh air. I was raised with the mentality to get off my ass and do something. Sitting back and watching is something I’ve never been good at. As I was talking with my Mom about the horrifying fires blazing up the western part of the beautiful state I was raised in, she had the idea to do this supply drive. I thought no one would ever participate, it's too far away, no one cares. So I blew it off. A couple days later at school as I was walking out to my Sociology class it smelled like the building was on fire, I walked to the end of the sidewalk to look around and the parking lot was hazy. There was a thin cloud of smoke covering the cars. I then realized that it was the smoke from the fires in the mountains. I thought of the conditions under which the firefighters are working to protect the homes and businesses of the people in this area. I thought of all of beautiful wilderness that they are protecting from total destruction. I realized if I can smell smoke this far away, what must it be like to breathe that close to the fires. I imagined the smoke burning their eyes and noses, and how they were being fed and pictured them taking a break from the flames covered with soot. If they were even getting a break I wondered, are they getting any rest? If so where are they able to sleep? I thought of the contrast of the cool weather and the heat blazing from the fire and wondered, are they hot? Are they cold? I quickly got to class and texted my mom.

Me: The firefighter thing, let's do it.

From that point I was obsessed with the idea of helping these men and women who were spending their nights and days to help us.I went online and researched more specifics about the fires, where they are and what the firefighters need. I found a list and posted it on my social media and began handing out flyers. I got an overwhelmingly positive response. Day one I had a huge box of cough drops, Advil, eye drops, nasal spray and socks dropped of at my drop off location, Toys & Co in Friendly Shopping Center. We decided to take the supplies up to the mountains on Wednesday, November 23rd, That was only six days to collect supplies. Nobody thought it was possible! Boy did we prove them wrong! Saturday I handed out flyers around Friendly Shopping Center and asked many businesses if I could put posters in their windows. Sunday night I posted a Twitter video explaining the project to my friends and followers. Monday with only three days to go I handed out flyers at school. Tuesday morning I was able to share my project on the local news station Fox 8 News, then received two bags of supplies when I got to school.

Wednesday was the big day, we received a few more boxes of materials that morning before we left, once we had sorted out donations and boxed them all up it was time for me and my boyfriend Camden Speight to hit the road.

Driving west you could see the smoke getting heavy and you could even smell it, it made us very emotional, After an hour and 45 minutes of arguing over the radio and discussing meaningless events we finally made it

We get to the Morgansburg Higher Education Center and we follow the signs that say “donations”. We park and make our way inside with the small boxes we could carry and we found the room flooded with donations. We put the small boxes down and ask one of the men if they had a dolly we could use. They said of course and followed us out to the car. We opened the trunk and the weight that dolly was able to endure blew my mind. As we were making our way back to the donation room the man helping us push the cart kept coughing. I’m not going to lie I did tear up quite a bit. When we told the man that we were from Greensboro he was so surprised and then thanked us for all we did, again tears.

The drive home was the real emotional part, Camden and I both cried for at least half the way home. The thought of these firefighters, who were so kind to us and fighting for the life of the wildlife in the mountains, were not going to get to be with their family’s for Thanksgiving because they were trying to fight the fires and even save lives

Glorie Martinez
3706
Why I Write On Odyssey