Finding Your Soulmate In College
Odyssey

Finding Your Soulmate In College

I find myself often putting a lot of pressure on myself to find someone that I want to spend the rest of my life with... 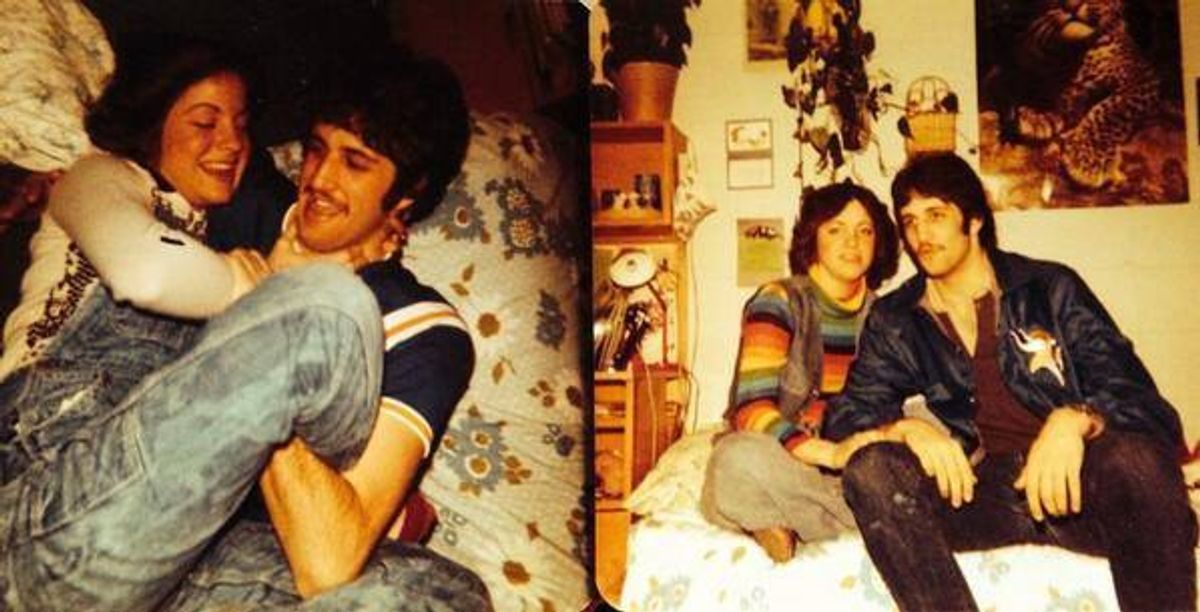 It was a whirlwind romance. My father gazed across the dining hall at the girl sitting three tables away, the girl that would soon be his wife. The third day of classes they met, and it was history from there. They got married two mere months after graduation, and years later, I was born. Never did I think I would attend the same college that they both did. but I am so proud to be here. However, I STILL haven't met my one true love!

At Lawrence, there is something called "The Eleven Percent". The eleven percent is the percentage of students who get married to a fellow lawrentian, and because our school only has 1,500 students in attendance with only an undergrad program, that eleven percent is a big number to live up to, especially if you are the product of it.

I remember on the third day of class my freshman year, I was sitting in the dining hall, desperately trying to catch the eye of any potential suitors. Once it was time for me to leave for class, I picked up my phone and called my dad in a frenzy.

I told him I hadn't met my soulmate yet. He laughed. Then hung up. Typical.

I have put a lot of pressure on myself to find someone that will be my soulmate, just like my mom was for my dad, but that isn't what is important about being at Lawrence. Sure, being part of the eleven percent is a big deal, but it doesn't mean it is par for the course of the rest of my life.

I spoke to my mother earlier this week about her ideas on the eleven percent.

"I think a huge difference is just our general lack of social media and cell phones. The atmosphere was just more personally interactive; more face to face, and it was an all around different time period in terms of communication. The environment was a little more conducive to finding personal relationships. I think for us, campus life was the center of our world and we spent a lot more time as a group interacting."

The same case can be made for my older sister, a graduate of Northwestern University: a prominent Big Ten school and obviously a much larger campus. She is a year out of graduation and still hasn't met her 'soulmate' yet either.

It is clearly a case by case basis, and I have met some lawrentians that have attended school with me that are engaged and things are working great for them, but I think social media and hookup culture has destroyed the concept of soulmates, chivalry, and dating for the generations ahead of us.

People, including myself, should take the pressures of finding 'the one' off of their shoulders for now. As times change, people are getting married later and later. Yes, it would be amazing to be able to say that I found my soulmate in college, just as my parents did before me, but focusing on other things like my interpersonal relationships is something worth spending my time on.