Possibly the most entertaining thing ever imagined. 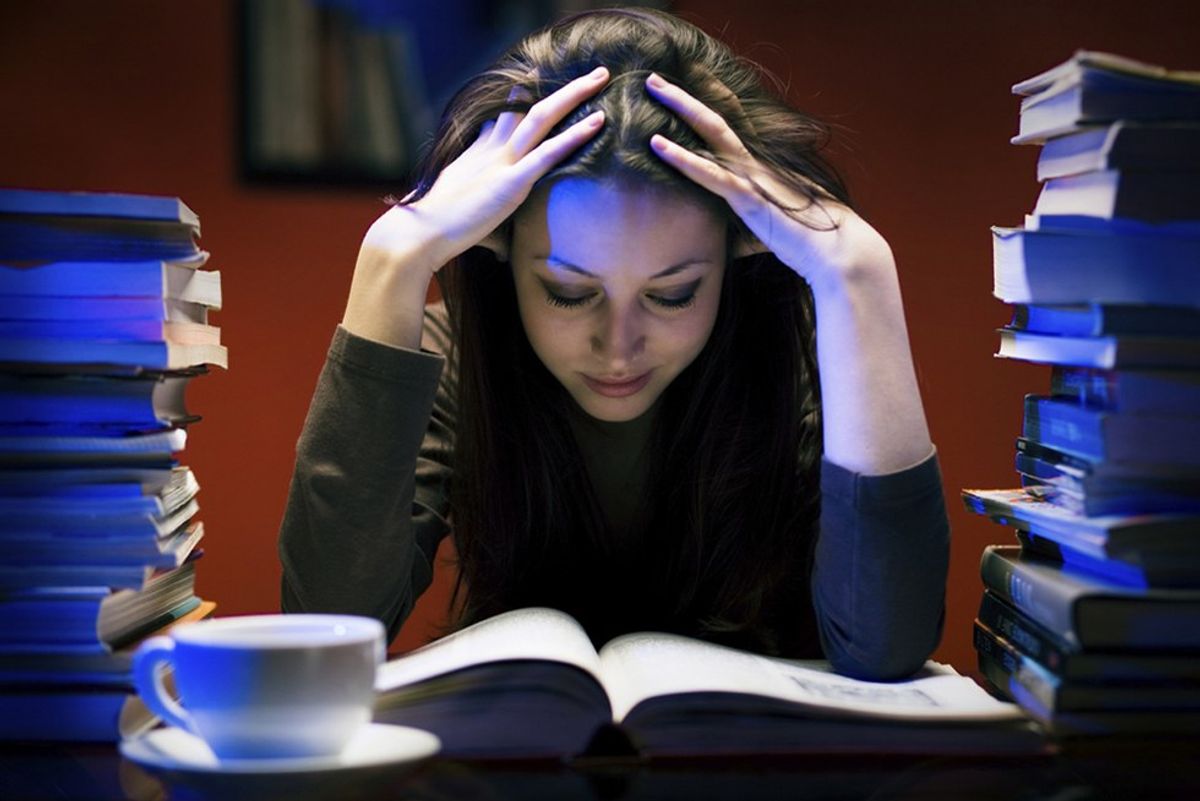 Finals weeks in college are a spectacle. I’ll tell you, if you ever have a bag of popcorn and some free time, you’d love to spend that time watching finals week. The story of finals weeks, like a movie, starts out with some indication of future action. The students are reminded of the exams that felt so far away throughout their entire term in class. You could follow a single person throughout this movie, but it’d probably be more entertaining to imagine it as a narration of a group of friends.

Right away, some friends might start studying, but that probably wouldn’t happen. I’ll tell you what would absolutely—without a doubt in my mind—happen: new talk would form around lunch time and idleness. This new talk would include things like “oh yeah, that test is coming up” and stuff like that. Jokes would be tossed around, and people would joke over and over about failing, saying things like “I’ve only got a couple weeks left of my life” and what not. All in jest (I really hope [the viewer would really hope]).

After a few days, students would probably forget about the exams. You'd be screaming at the screen something like "study for your exams!" but the fact is that a couple movies will have passed by now, and those weeks standing between the students and their finals would protect them from feeling guilt in their procrastination. This is when they are reminded again of their exams, and this time the exams are even closer in the future.

Now, I hope you packed some tissues, because a week or so before the week before exams is when the break downs begin. In my experience, it happens like this: before two weeks between the present and an exam, you’re protected from guilt. Once that two-week buffer is broken, there is an overcompensation of stress appointed to the matter. Work begins to hold more weight, and the assignments that need to get done take up too much time to study. Looking a couple weeks into the schedule, students see that they won’t really ever have a lot of time to study while also keeping up on their homework and projects. Around this time, you'll find the dips and peaks of the college student during finals. Laughs will be shared over the acknowledgement of one's own despair. Tell me that isn't fascinating.

This point is one of variance, as the events of finals weeks may not all happen exactly the same. Regardless, the movie moves on. The break downs have occurred, and your main characters have been online late into the night doing calculations on how many debts they’d have if they dropped out or failed out et cetera. Stress is at a very high level. Then, on some morning or some night, the main characters will feel invigorated by some thought that they find by trying to cling to some hope of passing. This thought, in my experiences, is the following: many people have done this before me and passed, so I probably will too. It’s important to note that, at this moment, the stress level drops significantly.

Now the climax of finals weeks: the last week. The music rises and scenes show days going to nights in a time-lapse, occasionally cutting to show you some studying. Students do cliché things like writing in notebooks, taking caps off of highlighters, pulling slightly on their hair to appear like a mad scientist on the edge of making a huge discovery, et cetera. Pacing about a room is not unusual, as it is superior to sitting down for the studious. You may question the sanity of your main characters at this time, as they will begin to speak to themselves. They’ll not only quiz themselves and read their notes aloud when they’re alone, but they may even give themselves pump-up speeches. Also, communication breaks down around this time. Things like “hey, what’s up,” morph into “I’m so screwed” and the like. Greetings go out of the window, as they are too joyous for any finals weeks occasion. In my opinion, the negativity is heavily overcompensated, but it makes for a very interesting show. In all honesty, the students you see during finals weeks are relatively okay. The ones that you never see are the ones who are studying and fearful for their existence.

Unfortunately, this ‘finals weeks’ ends in a cliffhanger. I’ve yet to finish my first finals weeks. I can only imagine that trumpets would blast as I walk out of my dorm building and head towards my first exam, walking with confidence and purpose, perfectly dressed and ready to go. Then I’d wake up with mere minutes to get ready and rush over to my first test, throwing on mismatched clothes and speed-walking across campus.